ISPCA Inspector David Walsh was recently alerted by a member of the public to a pony stuck in a river. Upon arrival at the scene, Inspector Walsh found a small black pony that had clearly been in the water some time as it was shivering and exhausted from unsuccessful attempts to get out of the deep water. 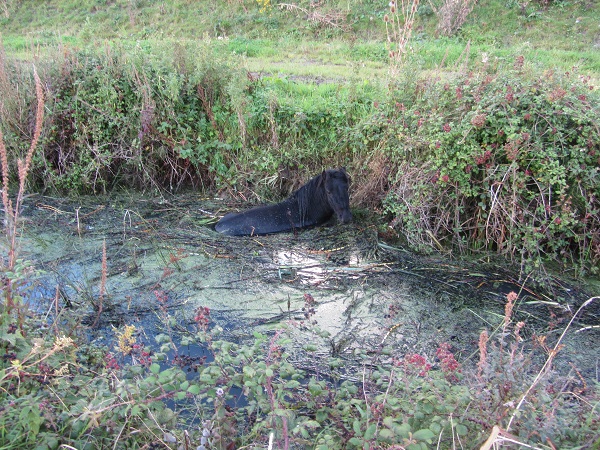 Inspector Walsh, with assistance from local animal welfare volunteers, attempted to help the pony out of the water, but was unable to get him to safety.

Limerick Fire Brigade were contacted and arrived minutes later. Fire Brigade staff entered the water and used straps to pull the exhausted pony from the water, where he was immediately treated by a local equine vet who had been called to the scene by the ISPCA. The Fire Brigade then helped by showering the pony with warm water to warm him up, and he was then wrapped in a foil blanket to increase his body temperature further. After a few minutes, the pony had started to recover, and was feeling well enough to eat. The pony was not microchipped and investigations are continuing to locate an owner. 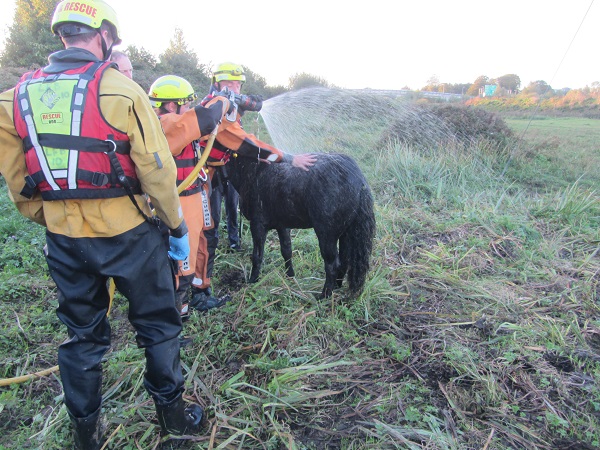 Inspector Walsh said, “The pony has been in the water for some time and was visibly exhausted and shivering with the cold. My main concern was that the pony may have gone into shock and potentially drown in the river. Thankfully, with the help of local animal welfare volunteers and the expertise of the Limerick Fire Brigade the pony was rescued from the river and is making a good recovery. I would like to take this opportunity to especially thank the men and women of the Limerick Fire Brigade who played such an important part in this rescue and without their help this may not have been such a successful outcome.”

The pony, now named Fireman Sam, is in the care of the ISPCA. He has some ongoing health issues, but is receiving the treatment he needs, and will be available for rehoming once he has fully recovered from his ordeal. 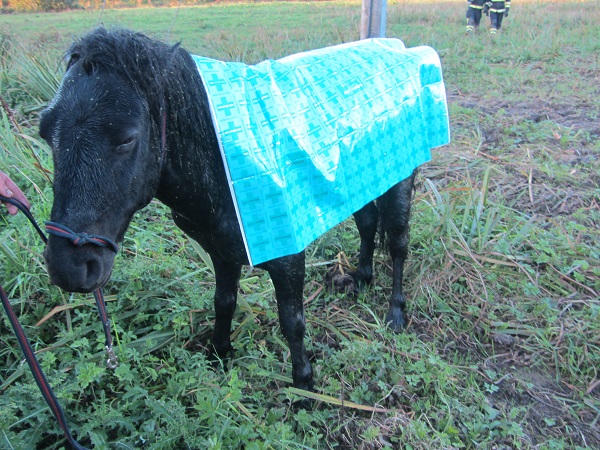