ISPCA Inspector Alice Lacey recently visited a property in Co. Waterford, responding to a complaint made through the local Garda Station. At the property, Inspector Lacey discovered a young English Bull Terrier with cropped ears and a docked tail.

Inspector Lacey removed the puppy, which was only 8 weeks old, and brought her to the vet. A veterinary assessment confirmed that the young puppy’s ears had been cropped and her tail docked. 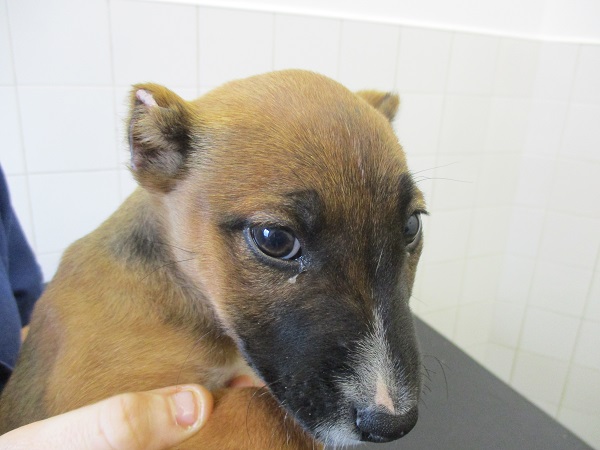 The docking of puppies’ tails and the removal of dew claws by lay-persons was outlawed under the Animal Health and Welfare Act 2013, and these procedures may only be conducted by vets under very specific conditions, and not for cosmetic reasons. In the past it was standard practice to dock the tails of certain breeds of dogs, but modern veterinary thinking considers this to be a cruel and unnecessary mutilation and is an offence under Irish legislation. 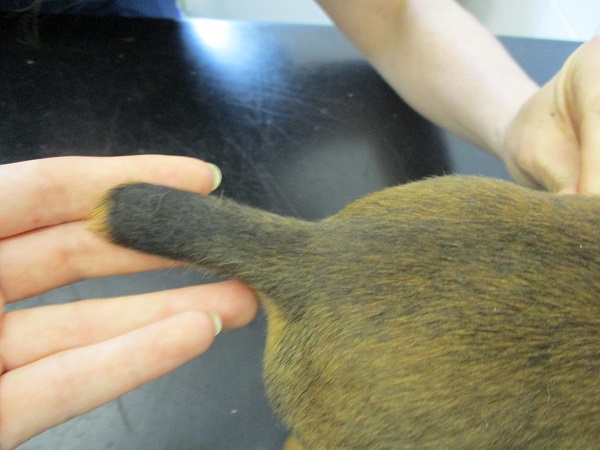 Inspector Lacey (co-funded by the Waterford SPCA) said, “This young puppy should be expressing her normal behaviour through her tail and ears, but instead would have been subjected to painful procedures to remove them at a very young age. People should be aware that tail docking is now an illegal practice and will not be tolerated.”

The puppy, named Lulu, was otherwise in good health and was transferred to the ISPCA National Animal Centre for rehoming. Lulu is now seeking a new home where she will receive the care and respect she deserves. 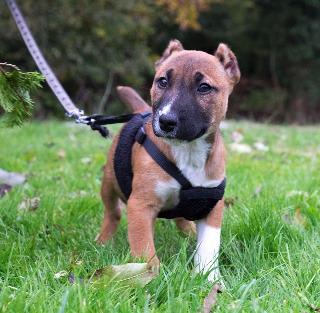