Warning: Images are of graphic nature and may cause upset

In Carlow District Court, on Thursday 5th May 2022, a man with an address in Donard, County Wicklow pleaded guilty to offences under the Animal Health and Welfare Act (AHWA) 2013, in relation to the care of an English Springer Spaniel and a Shih Tzu dog. 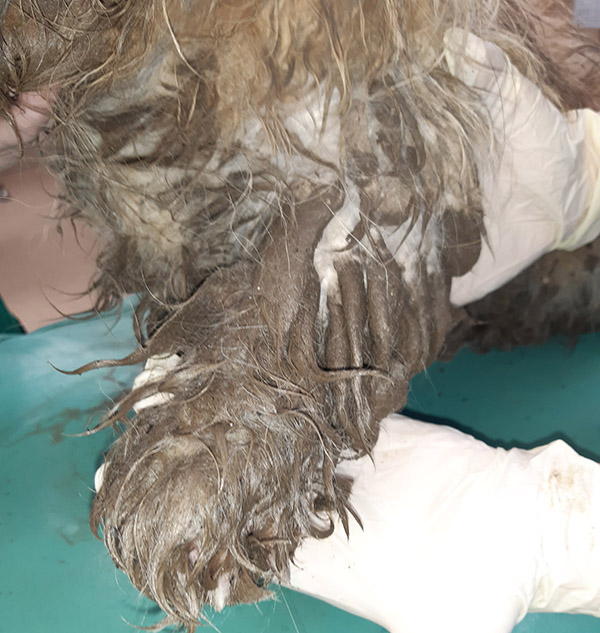 Giving evidence to the court, ISPCA Inspector Fiona Conlon described how she noticed the dogs while investigating an unrelated complaint on 14th January 2021. On closer evaluation she found that the two dogs were living in horrendous conditions in a filthy pen with no dry sleeping area. Inspector Conlon described how the dogs themselves were also filthy and matted and that the Shih Tzu was shivering and the Springer was limping and appeared to be blind. The dogs did not have access to fresh drinking water. There was no way to access the pen and Inspector Conlon queried in her evidence how in such circumstances the dogs could have been reasonably and properly cared for. 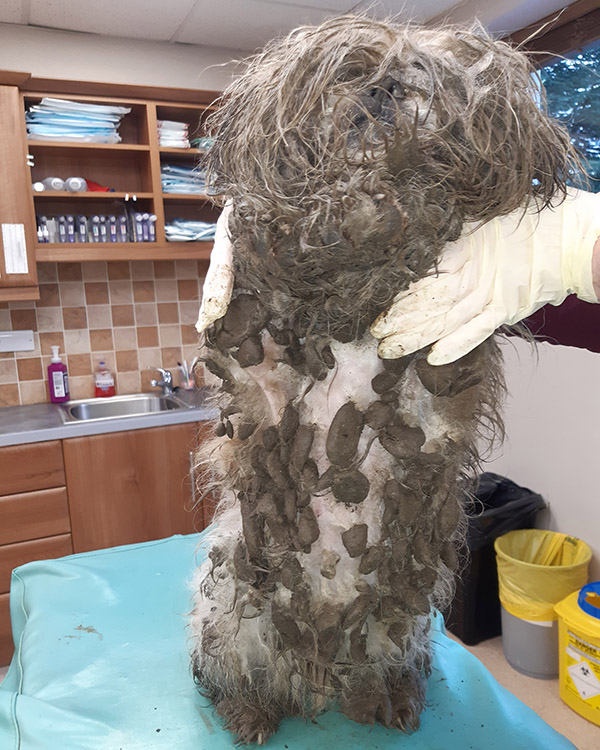 Both dogs were surrendered to the ISPCA and the pen had to be partially dismantled in order to remove the dogs. They were taken to a veterinary surgeon for immediate assessment. In addition to being blind, the Springer Spaniel who was named “Gizmo” was found to be emaciated and to have a multitude of health issues including arthritis. He was euthanised in order to prevent further suffering. 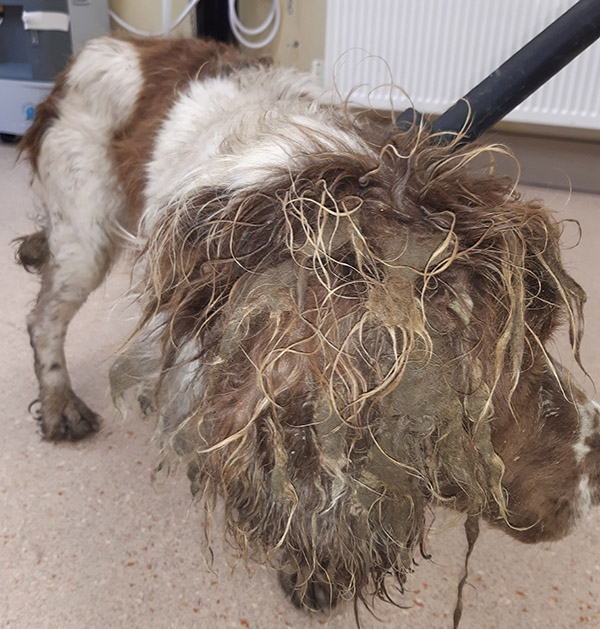 The Shih Tzu named “Milo” was also found to be emaciated as well as being matted and soiled throughout his coat. 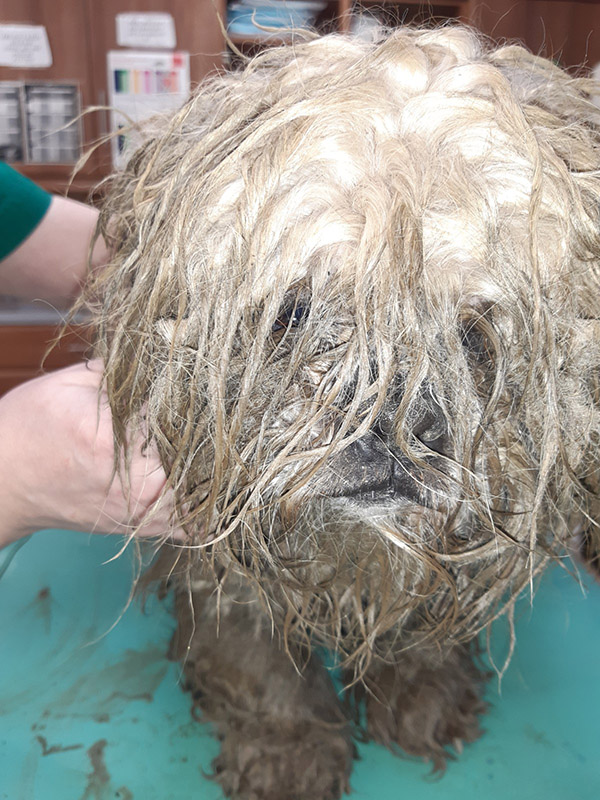 Looking at the ISPCA photographs submitted, Judge Geraldine Carthy commented that they “speak a thousand words” and also said that the veterinary report did “not make pretty reading at all”. She fined the accused a total of €1,100 and ordered that he pay €1,500 in prosecution costs and €667.58 in ISPCA costs. 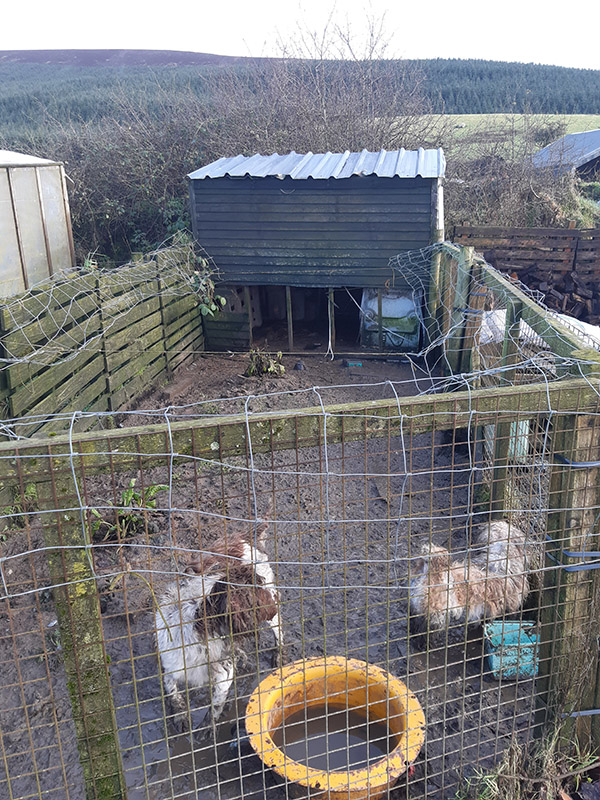 Inspector Conlon commented: “The conditions in which these poor dogs were forced to live and the condition of the dogs themselves were absolutely dreadful. The Springer, Gizmo, was in a terrible state and we can only take comfort in the fact that we were able to end his suffering. Milo’s coat was so matted it was hard to distinguish the head from the rear. His underside was covered with large balls of muck and faeces and his entire body was encased in what looked and felt like dread locks. Thankfully Milo made a full recovery and has since been successfully rehomed to a wonderful loving family, which he so deserved”. 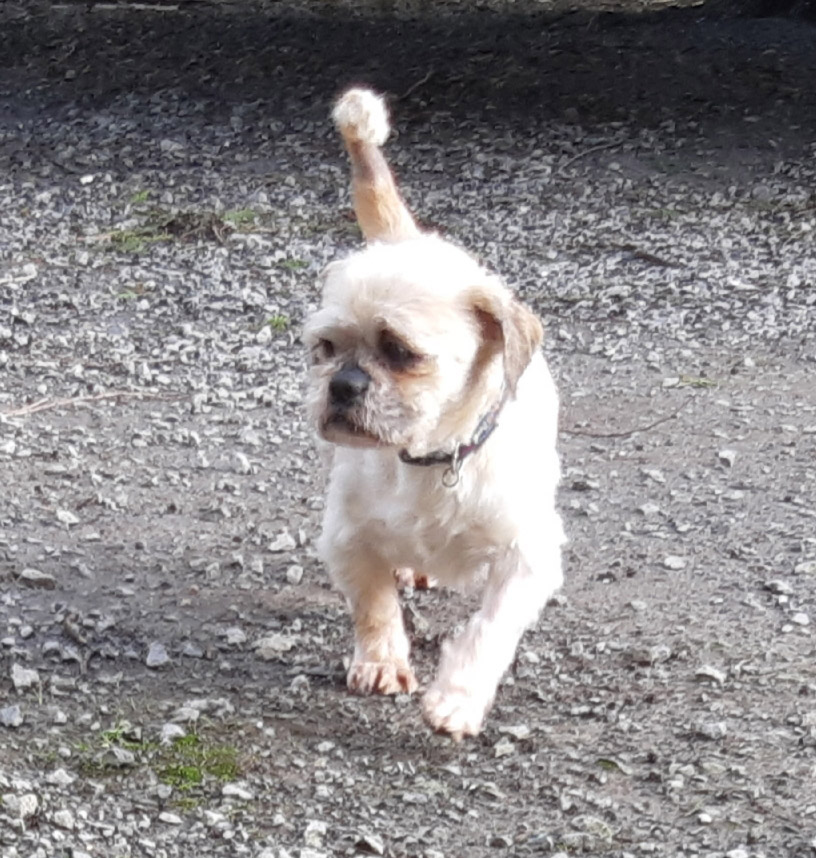 Thanks to kind animal lovers, Gizmo is no longer suffering and Milo is safe in a loving home. The ISPCA needs your support to continue rescuing vulnerable animals and to help prosecute cruel owners who cause their suffering. If you can, please make a kind donation here.

The ISPCA encourages members of the public to report any animal welfare concerns to the ISPCA’s National Animal Cruelty Helpline in confidence on 0818 515 515, email helpline@ispca.ie or report online here.