In Dungarvan District Court on Friday 13th May 2022, a 65 year old man, with an address at Cappoquin, Co. Waterford was sentenced to three months imprisonment having admitted nine offences under sections 11, 12 and 13 of the Animal Health and Welfare Act (AHWA) 2013.

Giving evidence, ISPCA Animal Welfare Inspector Alice Lacey told the court how a visit involving the ISPCA, Waterford SPCA and Waterford County Council, assisted by members of An Garda Síochána, was conducted on Thursday 25th March 2021 following a report that there was an illegal dog breeding establishment operating at the address. 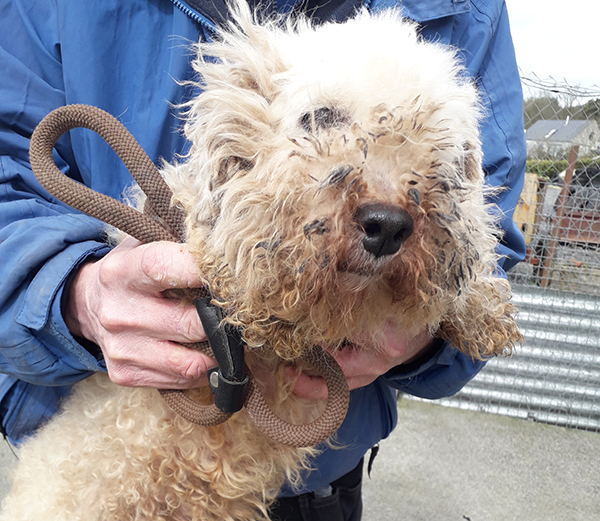 A total of 42 dogs and puppies were found living in converted sheds at the premises. Inspector Lacey described how dogs were living in confined spaces with very little room to move or express normal behaviour. One shed where expectant mothers and females with young pups were housed was in virtually complete darkness and had little ventilation. Some of the dogs were without water and some had inadequate bedding meaning that young puppies were lying on bare, hard surfaces. 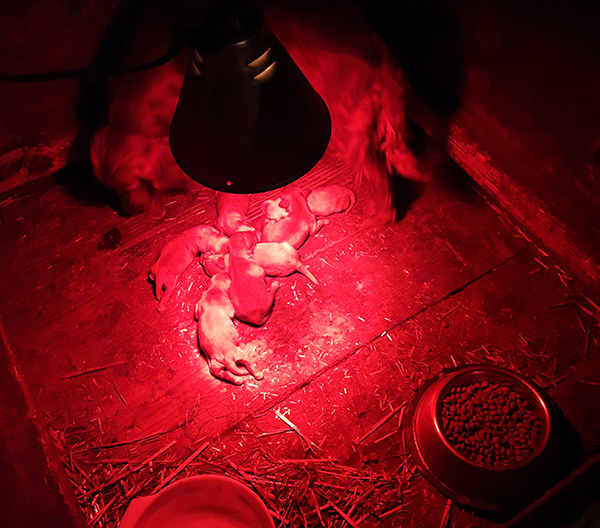 Inspector Lacey described how, in addition to the accommodation issues, some dogs had dirty matted coats, overgrown nails, and painful infected teeth and gums. 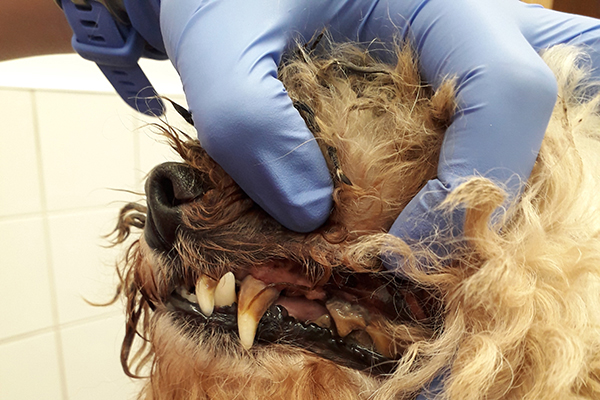 A total of 29 dogs and puppies which were most adversely affected were surrendered to the ISPCA and taken into the care of Waterford SPCA. The premises was subsequently served with a closure notice under the Dog Breeding Establishments Act by Waterford County Council.

Inspector Lacey also told the court that the adult dogs removed had extremely nervous dispositions. Asked by Paddy Gorman, solicitor for the defence, as to whether that was because she was a stranger to the dogs, Inspector Lacey said that their environment did not allow them to be any other way but that. She said that they were subjected to an environment whereby they were confined to a small space with little to no interaction for the purpose of breeding. 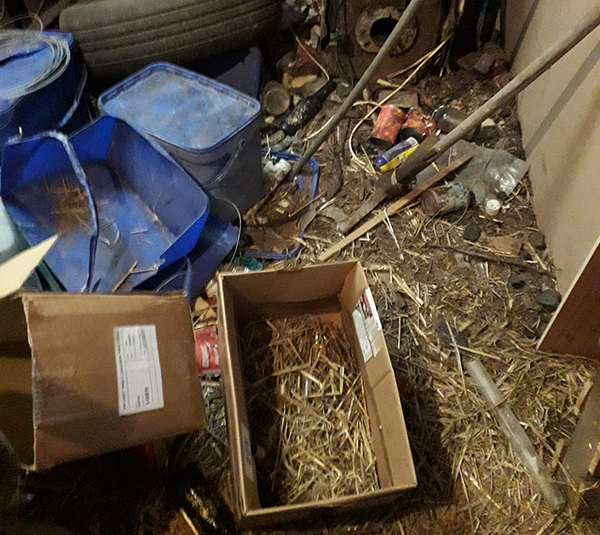 Inspector Lacey further explained how it took months of rehabilitation before any of the adult dogs were ready to be rehomed due to the issues relating to their nervousness and fear of people. 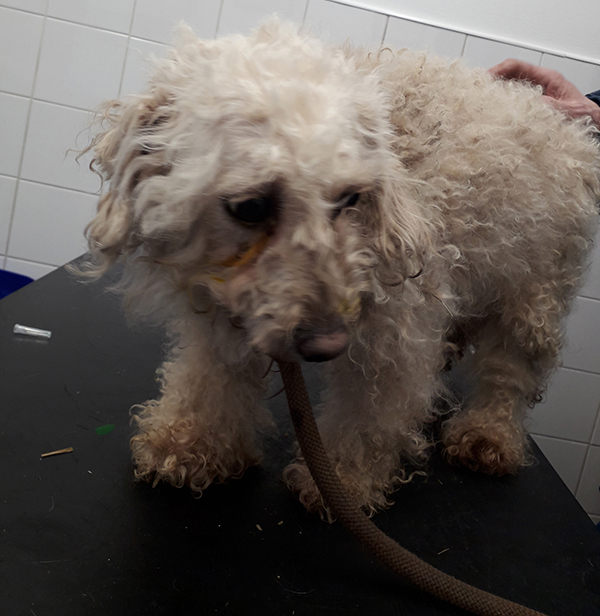 In addition to the custodial sentence Judge Brian O’Shea disqualified the accused from keeping dogs for life, fined him €2,000, and ordered that he pay a total of €2,770 in veterinary and legal costs. On sentencing, Judge O’Shea commented that it was “very difficult to get away from the suffering” caused to the dogs as they “were left to their own devices – unnecessarily suffering – with dental issues, matted coats, little to no natural light”. 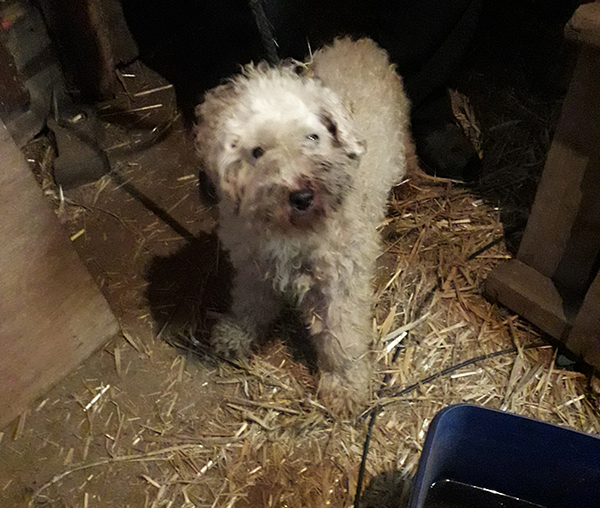 Reflecting on the case, Alice said: “To see many defenceless dogs subjected to those conditions with a sole purpose of being exploited for profit was particularly hard to witness. The existence for them was dismal. Lack of interaction and any form of stimulation meant that they were nervous of human contact and this is something that no dog should have to bear. Thankfully, with intervention and proper care and rehabilitation, these dogs and puppies were able to start their journey to a new life”. 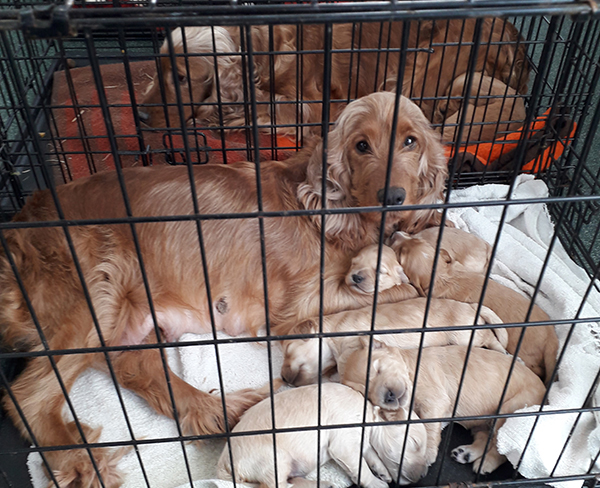 ISPCA Chief Inspector Conor Dowling added: “These dogs are just some of over 300 that ISPCA Inspectors removed from illegal dog breeding establishments in 2021. There was unprecedented demand for puppies during lockdown and unscrupulous breeders were willing to take advantage. When ISPCA Inspectors uncover dogs being kept and bred in such poor conditions they will take strong action and we expect to have more such cases before the courts in the coming months”.

Thanks to the collaboration with the Local Authority and to our affiliated member Waterford SPCA for their vital logistical support which means, the ISPCA is able to continue to operate effectively in the Waterford area.

The ISPCA encourages members of the public to continue to report any animal welfare concerns to the ISPCA’s National Animal Cruelty Helpline in confidence on 0818 515 515, email helpline@ispca.ie or report online here. Together we can prevent cruelty to all animals. 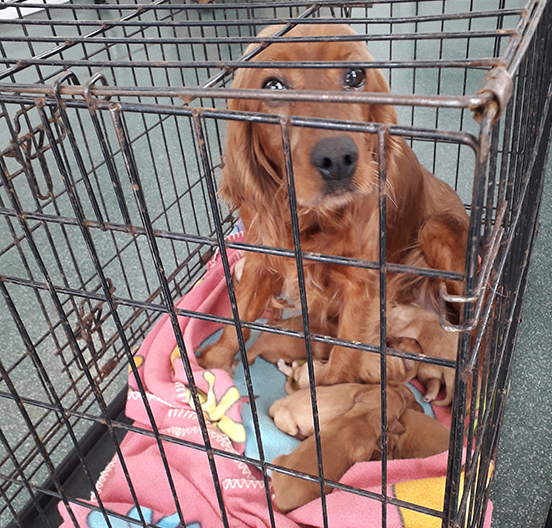 If you would like to support the ISPCA, please if you can, make a kind donation to support our work here.  Thank you.