The ISPCA Welcomes the European Union Green Deal’s Farm to Fork and Biodiversity to 2030 strategies, published Wednesday 20th May.

The ISPCA welcomes the European Union Green Deal’s Farm to Fork and Biodiversity to 2030 strategies, which was published on Wednesday 20th May 2020. Both strategies offer opportunities to improve the welfare of farmed animals and wild animals, respectively, in Ireland and across the EU.

As a member of Eurogroup for Animals, ISPCA was a signatory to Eurogroup’s Open Letter calling on the EU Commission to take on board Eurogroup’s recommendations as part of their ‘Stop Pandemics – Start Here’ campaign.

COVID19 has had a devastating impact nationally and globally and many people have tragically lost their lives and many more have lost their livelihoods. Wild animals and intensively farmed animals have been identified as the main sources of novel viruses and it is thought that COVID19 originated in a wild animal (most likely a bat or a pangolin) in a ‘wet market’ in China where wild animals are sold and slaughtered for human consumption. If we are to prevent the next pandemic we must target the potential sources of the next novel virus which may jump species from wild animal or farmed animal to humans.

The legal and illegal wildlife trade, urbanisation and the destruction of wild animals’ natural habitats for agricultural purposes, especially for the intensification of animal farming, are combining to push humans, wildlife and other animals closer than ever before – and heightening the risk of pandemics like the one we’re suffering now. With the publication of the Farm to Fork and Biodiversity strategies (Wednesday 20th May), the EU Commission has recognised this and taken on many of Eurogroup for Animal’s recommendations. The strategies have provided a framework for positive change for animals which can be achieved between now and 2030 and indeed, beyond.

The Biodiversity to 2030 Strategy takes many of Eurogroup for Animal’s recommendations on board, committing to keep existing environmental policies strong and stimulating the enforcement of the Birds and Habitats Directives, with ambitious goals for protecting European species. It also makes a commitment to legally protect a minimum of 30% each of the EU’s land and sea areas, and says that at least 25% of the EU’s agricultural land must be organically farmed by 2030. The Commission will propose a further tightening of the rules of EU ivory trade in 2020, and by 2021, it will revise the Action Plan against wildlife trafficking to step up efforts to combat the illegal wildlife trade. It states that the EU will enhance its support to global efforts aimed at applying the ‘One Health’ approach, by promoting better protection of natural ecosystems coupled with efforts to reduce wildlife trade and consumption, to improve resilience to possible future diseases and pandemics. However, to ensure that the strategy is implemented effectively, the Commission should also regulate the legal wildlife trade, which impacts global biodiversity and animal welfare, and poses health risks to EU citizens. An EU-wide ‘Positive List’ for ‘exotic’ pets, specifying which animal species are suitable and safe to be kept as pets, would offer a much-needed precautionary approach, given the continuous shifts in species and numbers of animals in trade, and would be coherent with the ‘Do No Harm’ principle promoted in the strategy. 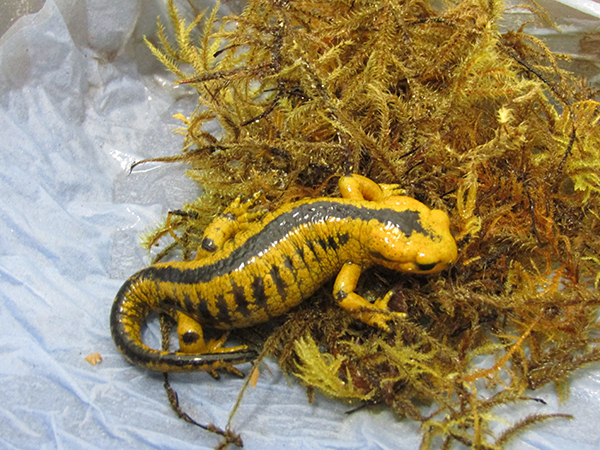 How does this affect Ireland?

ISPCA CEO, Dr Andrew Kelly said: “Combatting the trade in wildlife is also the responsibility of national governments. Here in Ireland while the welfare of ‘exotic’ pets (i.e. wild animals, whether captive bred or wild caught) is protected under the Animal Health and Welfare Act (AHWA) 2013, but there are no regulations on the type or species of wild animals that can be kept as pets. The ISPCA believes that Ireland should introduce regulations on the type and species of wild animal that can be kept, bred sold or supplied based on their welfare needs, risk to public safety (e.g. dangerous wild animals) and risk to the environment if they escape or are deliberately released when no longer wanted (e.g. out compete native species or introduce novel pathogens). Only those species with relatively simple welfare needs should be kept and species with complex welfare or social requirements, such as primates, should never be kept. There is no dangerous wild animal legislation in Ireland and people can keep dangerous species such as venomous snakes or big cats without the need for a license or regular inspections. This needs to change. Invasive alien species (IAS) such as American mink, raccoons, raccoon dogs, coypu, ring-necked & monk parakeets and fresh water turtles (terrapins) are a problem in all EU Member States and cost millions of Euros to manage. Almost all are the result of the pet trade, fur farming and introductions for hunting. The best way to prevent species becoming invasive is prevention. This means strictly controlling the pet trade, phasing out fur farming and prohibiting the release of non-native species for any purpose, including hunting. Here in Ireland the government has committed to phasing out fur farming over the next few years and it is already illegal to release non-native species for any purpose including hunting without a license. However, the exotic pet trade is poorly regulated and this needs to change” 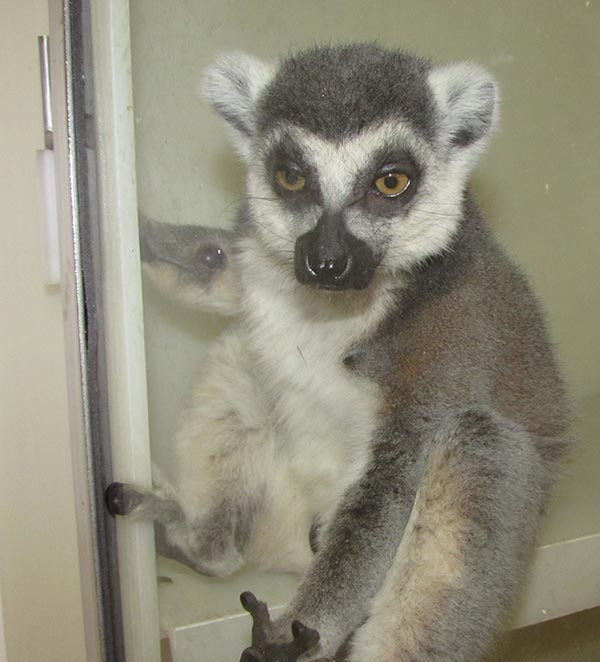 As for the Farm-to-Fork Strategy, happily the Commission makes it clear that animal welfare legislation will be revised and broadened, and the revision will have to provide higher welfare standards than existing ones. This is an opportunity for all existing animal welfare laws to be revised, particularly the Transport and Slaughter regulations, but also others such as the Broiler and Pig Directives. This also opens the opportunity to deliver on the recent European Citizens’ Initiative “End the Cage Age”, calling for an end to the use of cages in livestock systems, and to include specific animal welfare provisions for species such as cattle. As the strategy makes the link between legislative change for animal welfare and the aquaculture sector, this is the opportunity to introduce the first species-specific provisions for farmed fish, too. However, in other respects the strategy is less ambitious. While the Commission accepts that moving to more plant-based diets and less meat consumption is good for health and the environment alike, earlier versions of the strategy proposed an end to promotional measures for meat. The finalised text now says only that the Commission will undertake a review of EU promotional support for agrifood products with a view to enhancing its “contribution to sustainable production and consumption”. We expect this review to lead to a transparent conclusion that meat should not be promoted, and we regret that the language has become so weak in the final version. The strategy announces the creation of a framework for a sustainable food system, but remarkably a reflection on the role of the intensive livestock industry in the spread of zoonotic diseases is missing.

Eurogroup for Animals and the ISPCA believes the new framework law should lead to a profound system change including a phase-out of intensive animal farming practices. Although the strategy commits to considering options for animal welfare labelling, there is no mention of method-of-production labelling, which would provide an objective and harmonised framework to support the transition towards higher welfare and sustainable livestock systems. The strategy also recognises the detrimental impact imported products can have on the environment in producing countries, calling to avoid the externalising or export of unsustainable practices. The call for EU trade policy to contribute to enhancing cooperation, and particularly to obtaining commitments from third countries on animal welfare, is very welcome.

What does the Farm to Fork strategy mean for Ireland?

ISPCA CEO, Dr Andrew Kelly said: “The ISPCA believes that the new Farm to Fork strategy gives Ireland an opportunity to improve the welfare of farmed animals. In the 2016 EU Commission Barometer (No. 442) on the Attitudes of European Citizens to Animal Welfare, 84% of Irish Citizens indicated that they believed the welfare of farmed animals in Ireland should be better protected. The new strategy paves the way for intensive farming to be phased out over time and a move towards eating less but better, higher welfare meat products is very possible. Irish Citizens also indicated that they would be prepared to pay more for meat produced to higher welfare standards and honestly labelled (e.g. RSPCA Assured), so the farming industry should embrace this as farmers can and will benefit. Intensive farming in Ireland needs to be phased out to ensure that the highest welfare standards are in place and to ensure that the consumer is given a choice. It is little known in Ireland that of the approximately 3.5 million pigs slaughtered for human consumption annually in Ireland 99% are reared in intensive indoor units and 97% of piglets have their tails cut off without anaesthetic or pain relief to prevent biting, despite it being prohibited under the EU Pigs Directive over 10 years ago. Only recently has the Irish government started to address this issue and only because of pressure from the EU Commission. In addition 1.4 million laying hens in Ireland (54% of the total) are kept in intensive indoor units in ‘combi-cages’ which give each bird space the size, on average, of an A4 sheet of paper. Caged laying hens have very little quality of life and one could argue that they do not have a life worth living. The ISPCA supported the ECI End the Cage Age calling for an end to the use of cages for farmed animals and a move towards higher welfare standards attracting 1.6 million signatures from EU citizens. The new Farm to Fork strategy opens the door for a phase out of cages for laying hens in Ireland by 2025. This would also conform to the Department of Agriculture, Food and Marine (DAFM) animal welfare strategy due to be launched this year.” 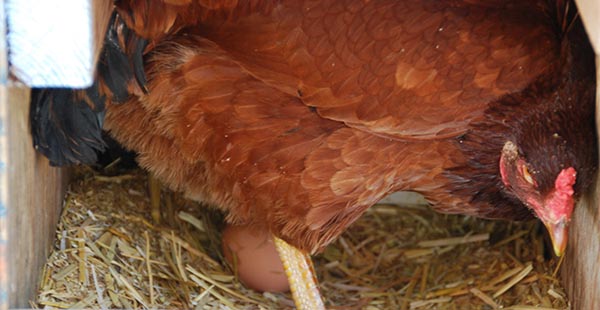 1.4 million laying hens in Ireland are kept in cages (image above)

Both strategies recognise that the wildlife trade and intensive farming together add up to more than the sum of their parts, and not just where zoonosis such as COVID-19 are concerned. The Biodiversity to 2030 Strategy states several times that it will work in tandem with the new Farm to Fork Strategy and the revised Common Agricultural Policy (CAP), and that the Commission will ensure that the CAP’s strategic plans lead to the use of sustainable practices such as organic farming, agro-ecology, and stricter animal welfare standards. Similarly, the Farm-to-Fork Strategy asserts that “the Commission will ensure the implementation of this strategy in close coherence with the other elements of the Green Deal, particularly the Biodiversity strategy”.

The finalised strategies will now be rolled out, with the European Parliament adopting a resolution on the content later this year.

The ISPCA will be working with our colleagues at Eurogroup for Animals and its 70 fellow-member NGOs across Europe and beyond, to influence the European Parliament’s response to the two strategies, to mobilise Irish and other European citizens in the days ahead by contacting their MEPs and making their voices (and Eurogroup for Animal’s and their members, including the ISPCA’s) recommendations heard.