In Nenagh District Court, on Thursday 12th May 2022, a woman from Puckaun, Nenagh, Co. Tipperary pleaded guilty to seven offences under the Animal Health and Welfare Act (AHWA) 2013. 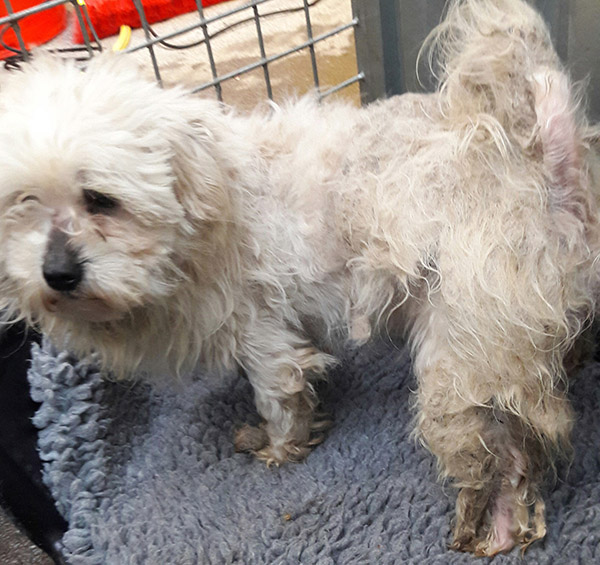 The court heard how ISPCA Animal Welfare Inspector Emma Carroll called to the woman’s property on 2nd February 2019 in response to a complaint. Inspector Carroll told the court that the accused was “hostile and uncooperative” and claimed that Inspector Carroll “had no right to be there” and should “leave immediately”.  At one point she threatened to close the electric gate to the property with Inspector Carroll inside. 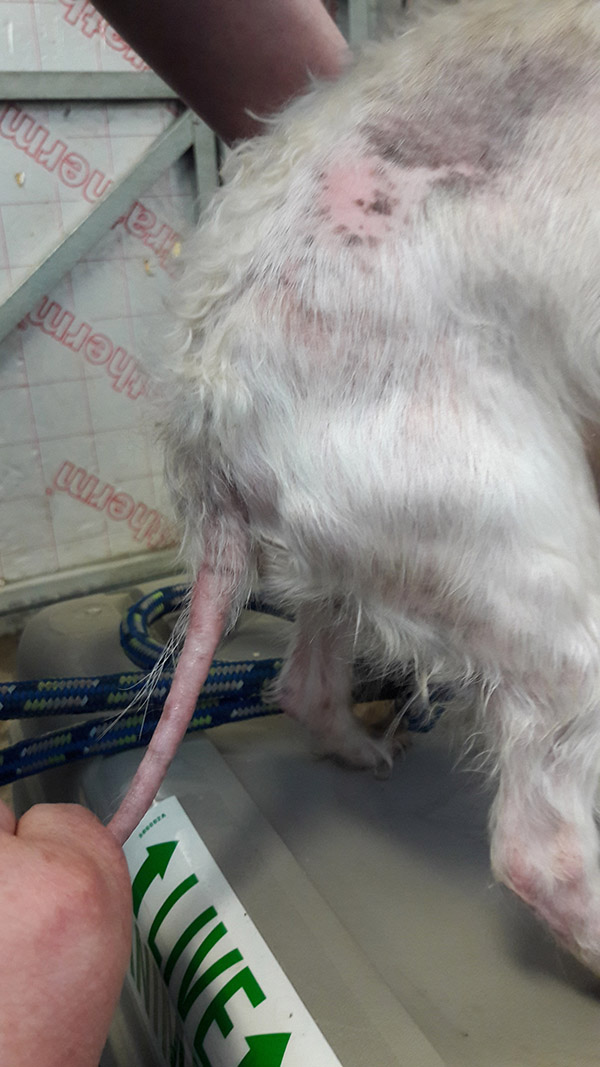 Inspector Carroll persisted and, after examining a number of other dogs, she discovered three dogs in a small cage behind a trailer which caused her concern. These dogs - two Maltese and a poodle - were in poor condition, one had red raw skin, another was underweight with matted hair and a discharge, and a third dog had no hair on its tail and “looked like a little piglet”. 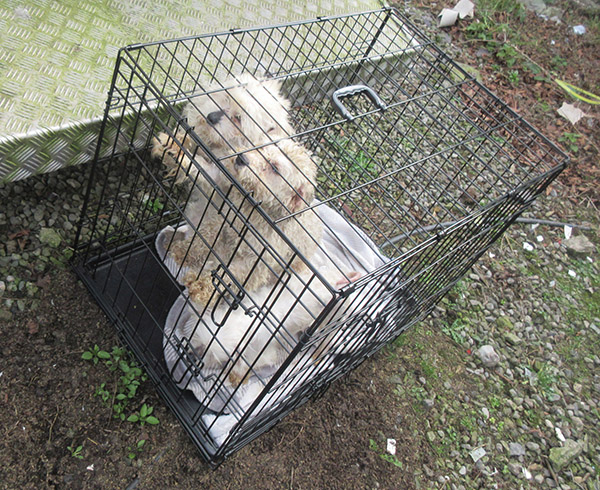 The accused initially denied that she knew anything about these dogs. They were immediately seized and transported to a nearby veterinary practitioner for an assessment and later brought into the ISPCA for care and rehabilitation.

The woman subsequently made contact a month later claiming the dogs were hers and seeking their return. She declined the option of surrendering the dogs to the ISPCA with the result that they had to be detained for over three years pending last week’s legal proceedings. The court heard that the ISPCA had incurred very substantial costs in boarding the dogs but was willing to accept a reduced rate.

The woman was still seeking the return of her three dogs and Donal Smyth, her solicitor suggested that forfeiture of the dogs would be “severe for a first offence”.

Judge Elizabeth McGrath disagreed and ordered forfeiture of the dogs to the ISPCA saying “I don’t want the three dogs to be traumatised”. 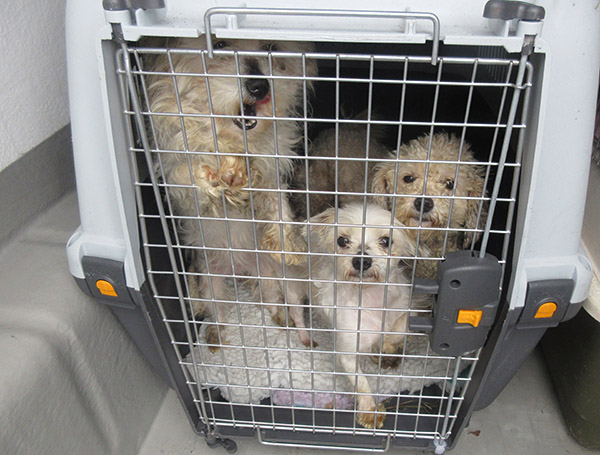 Judge McGrath fined the accused a total of €2,000 and said she would accept an offer of €5,000 in compensation in lieu of awarding costs against her. Judge McGrath also disqualified the woman from owning, keeping or breeding any dog, other than the two Great Danes already in her possession, for 10 years. Judge McGrath fixed recognizance in the woman’s own bond of €250.

Inspector Carroll said: “These three dogs suffered unnecessarily without adequate feeding or a proper level of routine care. The owner responsible for them failed to do anything to alleviate their suffering, or safeguard their welfare, which resulted in many issues, including malnourishment and untreated skin conditions.  There is no excuse for animal cruelty and as a result the owner has a criminal conviction for animal cruelty”.

Emma added: “It was a long process bringing this case to completion and unfortunately Milly, Dolce and Adam had to be detained throughout. This meant that they couldn’t be placed in permanent homes. But we are so delighted that their futures are now secured and they can look forward to a brighter future in loving new homes”. 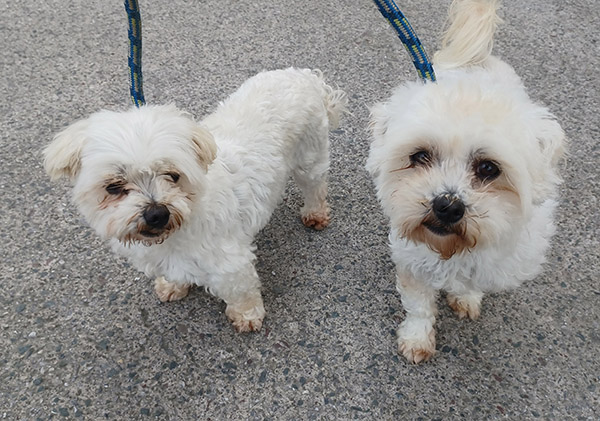 Dolce and Milly pictured above recuperating in ISPCA care

If you can, please be a voice for neglected animals and help the ISPCA continue this vital work, rescuing Ireland’s most vulnerable animals, by making a kind donation here to help the animals that are suffering now. 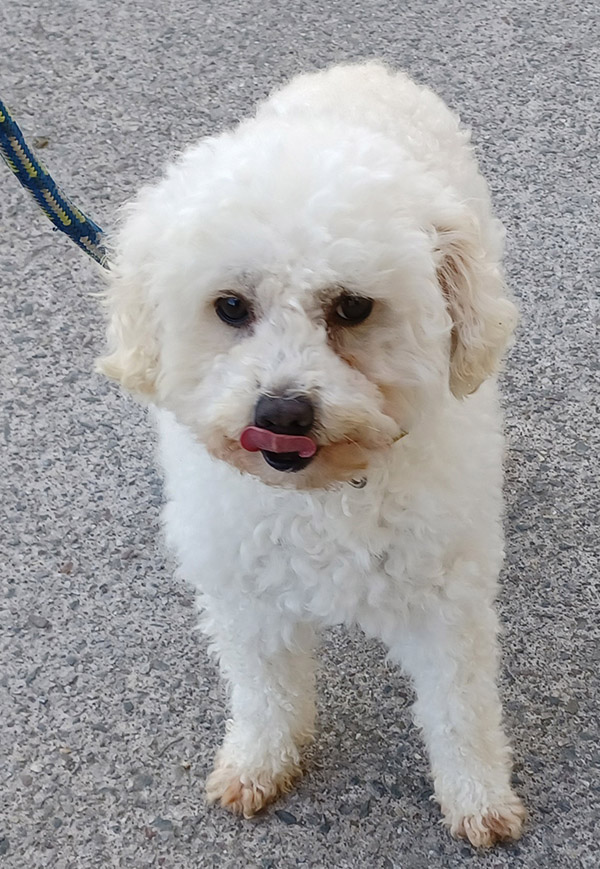 Adam picured above in ISPCA care

The ISPCA encourages members of the public to report any animal welfare concerns to the ISPCA’s National Animal Cruelty Helpline in confidence on 0818 515 515, email helpline@ispca.ie or report online here.