The ISPCA warmly welcomes the announcement that Ireland will introduce a ban on the use of wild animals in circuses with effect from 1st January 2018 by way of a Regulation under the Animal Health and Welfare Act.

We would like to congratulate Minister Michael Creed and his officials for this progressive step for animal welfare in Ireland, which now becomes the 20th EU Member State to introduce a ban or restrictions on the use of wild animals in travelling circuses.

A total of 42 countries across the world have recognised that the physical and psychological needs of wild animals cannot be met in a travelling circus environment.

ISPCA CEO Dr Andrew Kelly said: “I am delighted that Ireland has announced a ban on the use of wild animals in circuses following many years of campaigning by the ISPCA. Travelling circuses cannot  and will never be able provide a suitable environment for wild animals such as elephants, tigers and lions which have complex physical and psychological welfare needs. Coercing wild animals into doing tricks, which are actually abnormal behaviours for these animals, for human entertainment is outdated and it is right that it is being consigned to the history books where it belongs. 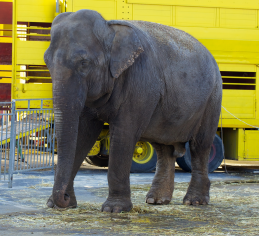 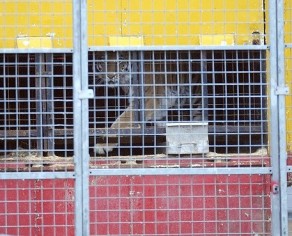 The ISPCA launched the Big Stop Campaign in February 2016 to highlight the serious animal welfare concerns associated with the use of wild animals in circuses and have been calling upon the Irish government to implement a complete ban as soon as possible. The Animal Health and Welfare Act 2013 has five core principles for animals which include:  Freedom from hunger and thirst; Freedom from discomfort; Freedom from pain, injury and disease; Freedom to exhibit natural behaviour; Freedom from fear and distress.

The ISPCA received 27,625 online petition signatures from members of the public supporting a ban.