At Athlone District Court in Westmeath, on 29th September 2021, a woman with an address at Curraboy, Co. Roscommon was convicted on five charges under the Animal Health and Welfare Act (AHWA), 2013.  She was fined €500 and ordered to pay €500 in prosecution costs. 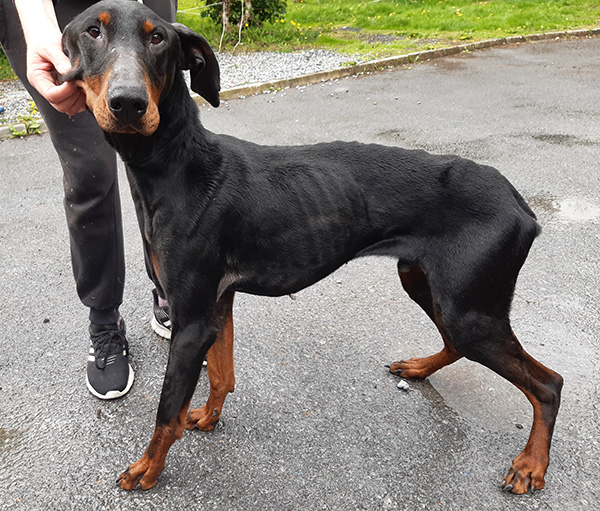 The case related to two Doberman dogs removed from her property in an emaciated state on 1st May 2020. ISPCA Animal Welfare Inspector Karen Lyons seized the dogs and transported them for an urgent veterinary examination, where they were found to weigh only 20.4 kilos and 22.4 kilos with body condition scores of one out of five.  The dogs also had some hair loss and scars on their ears and head. 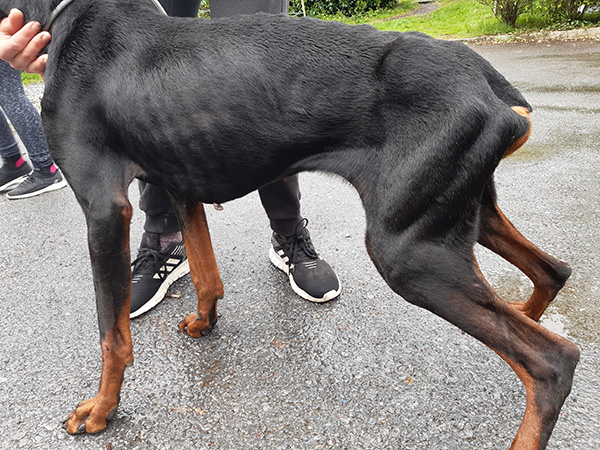 The veterinary practitioner who examined the dogs gave evidence in court of the clinical examination of both dogs and her findings. It was the professional opinion of the vet that the period of time over which weight loss might have occurred very much depended on the calories the animals were receiving every day. It was noted that the adipose tissue around their respective skulls had broken down which could signify that the weight loss was over eight weeks.

The defence argued that the condition of the dogs was due to a change of diet and resultant diarrhea that lasted for four weeks. However, the attendant vet expressed the opinion that a change of diet could not have caused the weight loss, to the extent that the animals presented. She also said that, if dogs are vomiting or have diarrhea, they are in need of veterinary intervention.

The court heard that the very fact that the accused failed to seek veterinary assistance for the dogs, when they had ongoing diarrhea for a month was neglectful, reckless and caused unnecessary suffering to the dogs, which brought the accused within Sections 11 and 12 of the AHWA. 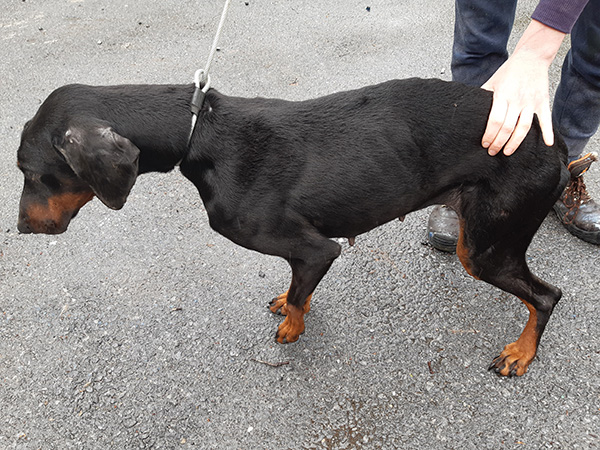 Convicting the woman of five offences under sections 11 and 12 of the Animal Health and Welfare Act, Judge Gearty said:  “The facts have been outlined fully and as per the veterinary evidence, the dogs were clearly emaciated which, was borne out by the photographs and accepted by the accused.  I am satisfied that the burden of proof has been established”.

ISPCA Inspector Karen Lyons said:  “In the space of a couple of weeks, the dogs named Kori and Ansgar, had significant weight gains of 5 kilos and 6 kilos just from receiving a suitable diet. They bounced back to full health in ISPCA care and have since been rehomed. The dogs were very malnourished and had suffered unnecessarily, because their owner had failed to safeguard their welfare, which is totally unacceptable”. 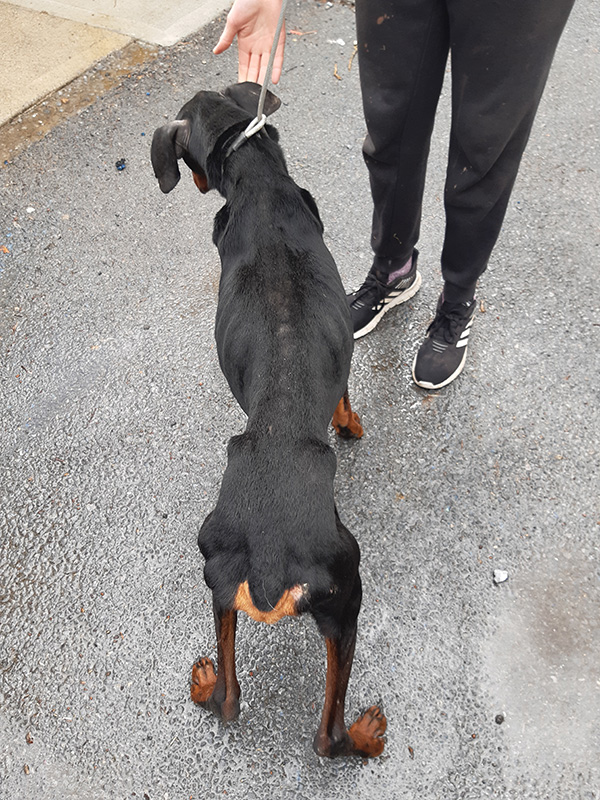 This case was prosecuted by the Minister for Agriculture, Food and the Marine (DAFM), and it highlights the impact of collaboration with DAFM that we are having on the animals who need us the most.

The ISPCA encourages members of the public to continue reporting any animal welfare concerns online here or by contacting the National Animal Cruelty Helpline on 0818 515 515 or by emailing helpline@ispca.ie.