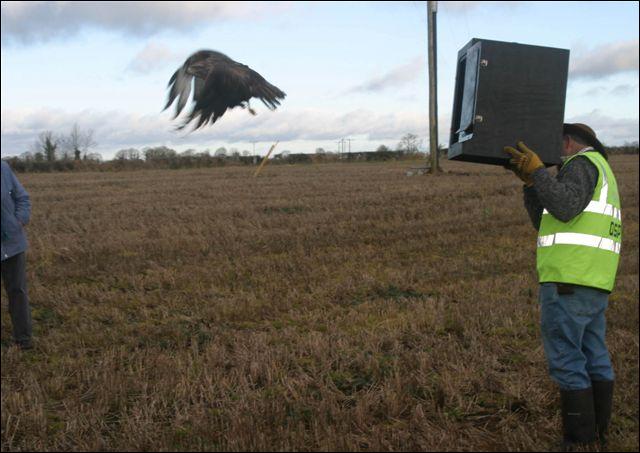 An injured buzzard was found lying on the ground at the Rock, Mountmellick, Co Offaly. Upon veterinary assessment, it was discovered that the bird of prey had been hit by pellets.

A dedicated volunteer from Offaly SPCA with support from the local Wildlife Ranger cared for the buzzard and with a few weeks of intensive care the buzzard was fit for return to its natural habitat.

Pictured above in caring hands is the buzzard released at The Rock, Mountmellick after being nursed back to health and fitness.

Classed as a medium size bird of prey, buzzards died out in Ireland during the 19th century but re-established themselves in Antrim about 75 years ago and numbers have been increasing since then, particularly in Northern and Eastern counties.