WARNING: Images below are graphic and may cause upset.

The couple from Raheenleigh, Myshall, Co Carlow had pleaded guilty in October 2018 to 30 charges each having initially faced a total of 252 charges. The remaining charges faced by both the man and his wife were taken into consideration.

Judge James McCourt said: “Words fail me to describe what those pictures depict.  It is extraordinary to find someone of farming stock guilty of such an appalling crime best illustrated by the video footage we sat through this morning and photographs presented to the court”

Judge McCourt imposed a three year jail sentence and banned the man from keeping dogs or equines for life.  The Judge ordered the man to pay costs of €35,000 to the ISPCA.  The man's wife was sentenced to a 12 month custodial sentence fully suspended and banned from keeping any dogs for 15 years.

The case was initiated after ISPCA Animal Welfare Inspectors and members of An Garda Síochána carried out a joint search of the premises on 14th April 2015. 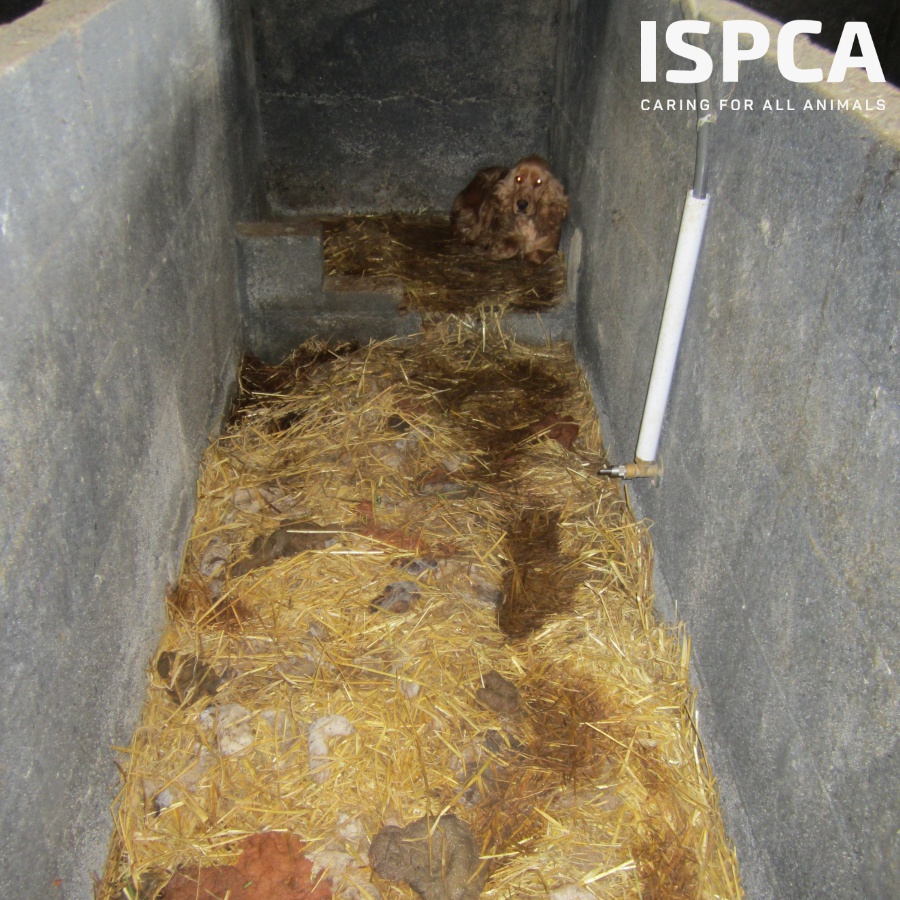 The Local Authority and the Department of Agriculture were called in and Carlow County Council served the breeder with the first ever closure notice under the Dog Breeding Establishment Act 2010.

The ISPCA worked tirelessly to rescue 340 dogs and 11 horses from the premises over the subsequent nine days with the assistance of its affiliated member organisations and other rescue organisations. The scale of the rescue is the largest the ISPCA  has ever carried out.

The dogs removed included Cocker Spaniels, Shih Tzus, Bichons, Terriers, Retrievers, Chihuahuas, Pugs, Labradors, Beagles, Pomeranians, Rottweilers, Salukis, German Shepherds, Siberian Huskies, Lurchers and many others. Some of the puppies were only a few days old, and over 20 female dogs were nursing or heavily pregnant. The dogs were suffering from untreated injuries, chronic skin, eye and teeth problems, and many had infected paws from living in urine-soaked straw. Many of dogs had heavily matted fur which needed to be completely clipped. 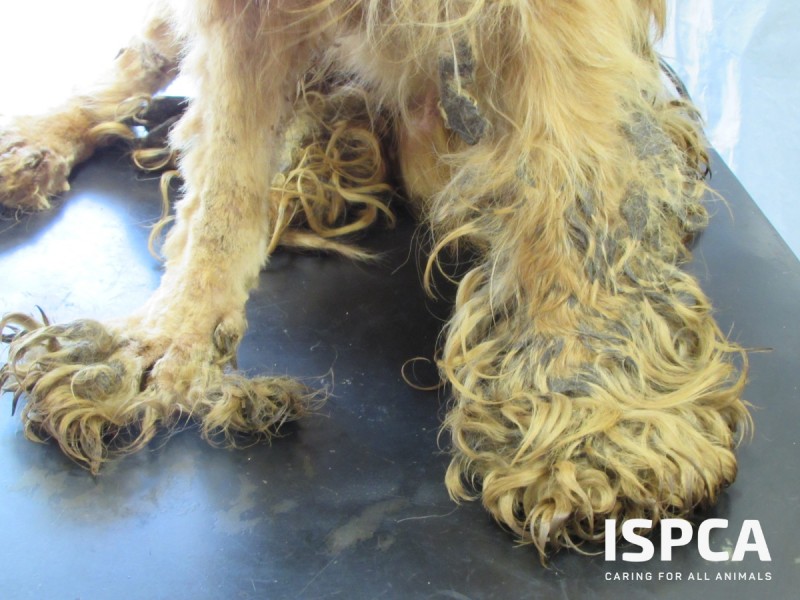 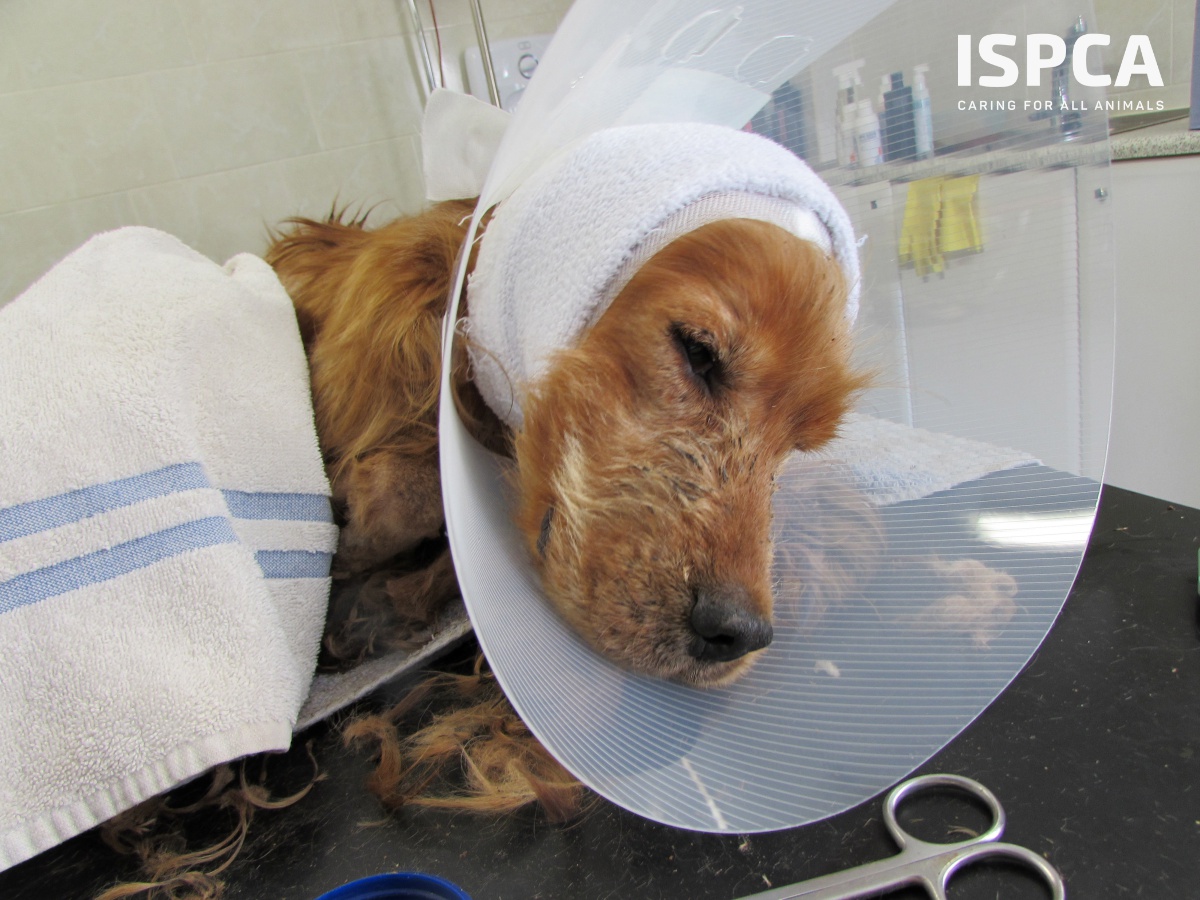 Most of the animals were transported to the ISPCA National Animal Centre in Longford, some were brought to the ISPCA Equine Rescue Centre in Cork, and others were transferred to welfare groups across the country who offered their assistance.

ISPCA Chief Inspector Conor Dowling said:  “We discovered a number of dead animals scattered around the property, some of which were used to feed the dogs. It was harrowing. The living conditions these animals had to endure can only be described as squalid. Many of the animals did not have access to water or suitable food. The horror and sheer size of the rescue was extremely challenging for our Inspectors, animal carers and volunteers.  We are extremely grateful to the external agencies involved and the rescue organisations, such as Dogs Trust, for their assistance with the transportation and rehoming of animals.  I would particularly like to acknowledge the Gardaí who initiated this operation and who put huge efforts into ensuring that it was brought to the conclusion we saw today. We are also indebted to the public who offered their support.” 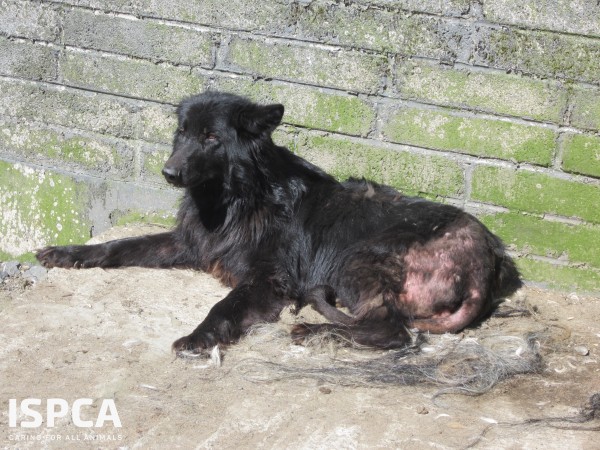 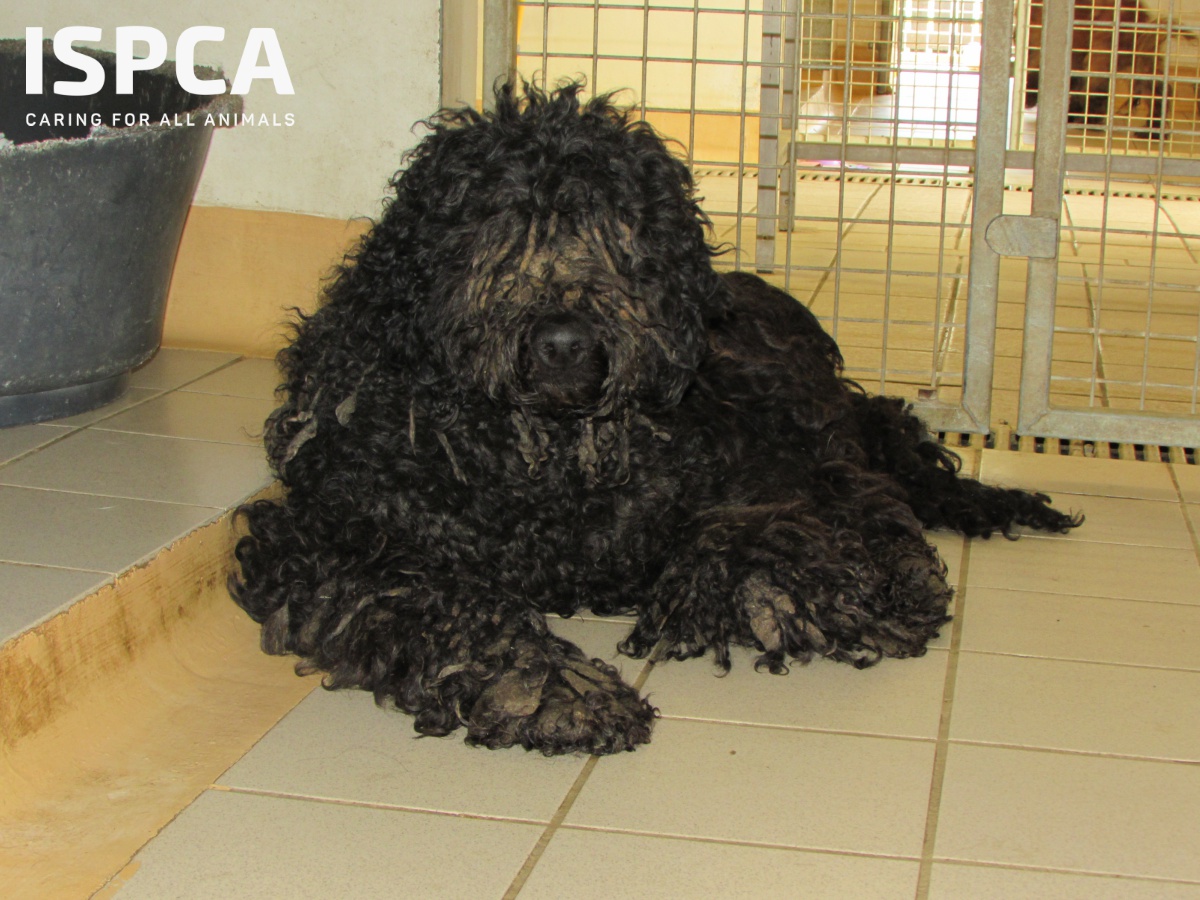 The ISPCA issued an emergency appeal for donations to assist with the financial pressure of caring for such a large number of animals. The direct costs including veterinary treatment exceeded €60,000. Most of the animals required some form of veterinary treatment, and then had to be vaccinated, microchipped, administered with treatments for parasites such as fleas and worms, and neutered/spayed before being responsibly rehomed. The ISPCA also covered veterinary costs incurred by our affiliated members and other rescue organisations that were in a position to help.

Chief Inspector Dowling added:  “The animal-loving public responded incredibly to our calls for help. Many people offered kind homes for these vulnerable animals. We couldn’t have helped them all without our dedicated supporters who donated, our volunteers and groomers who gave up their time and worked tirelessly, and to everyone who kindly donated food, bedding, dog collars and treats."

Dowling continued:  “The ISPCA is at the forefront of animal welfare and is leading the fight against unscrupulous puppy breeders in Ireland. We work tirelessly behind the scenes. Last year, ISPCA Inspectors seized or had surrendered to them over 600 dogs. These included 127 from two different unlicensed breeding premises. Files were prepared with a view to prosecutions against the dog breeders in question." 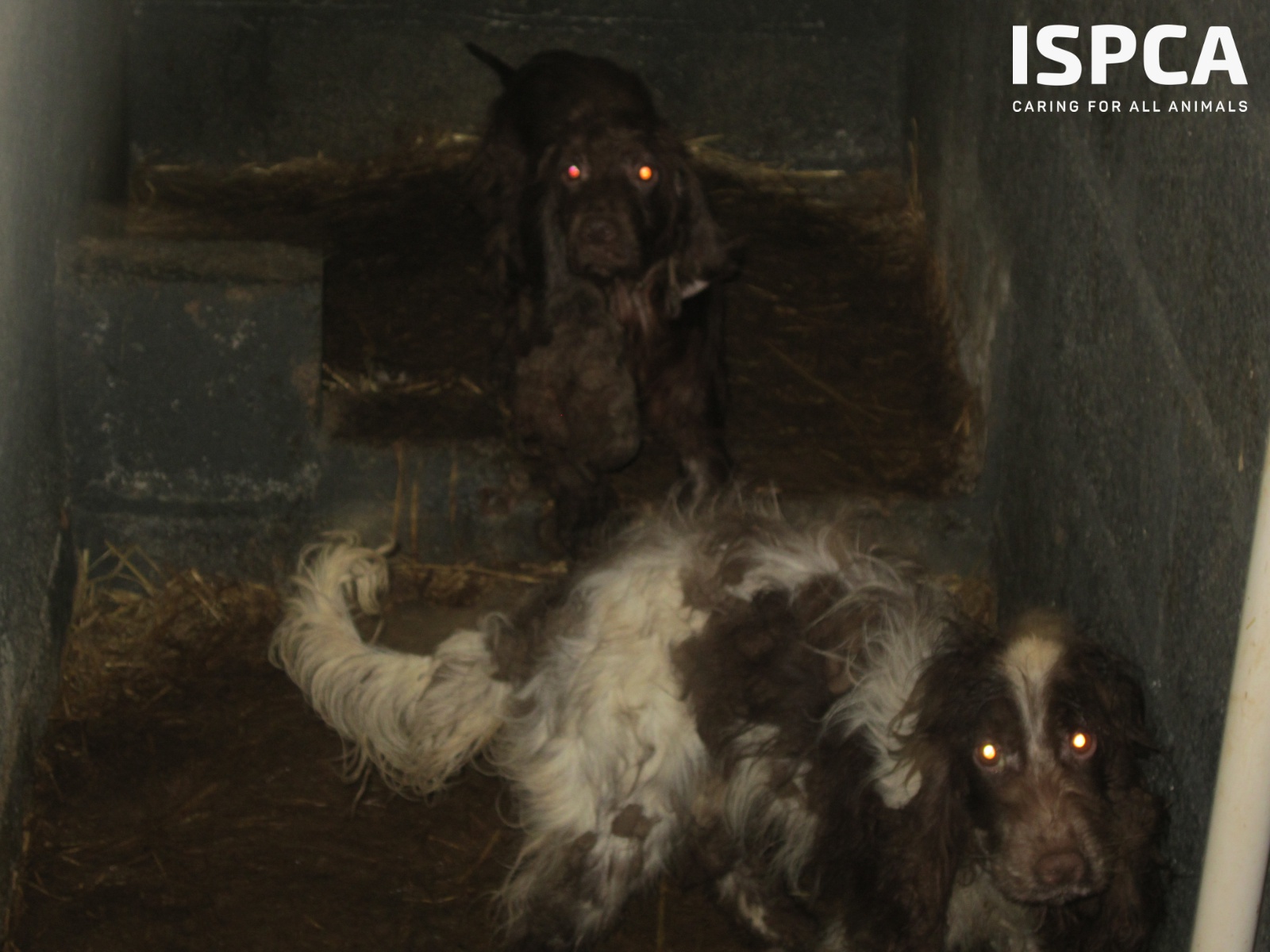 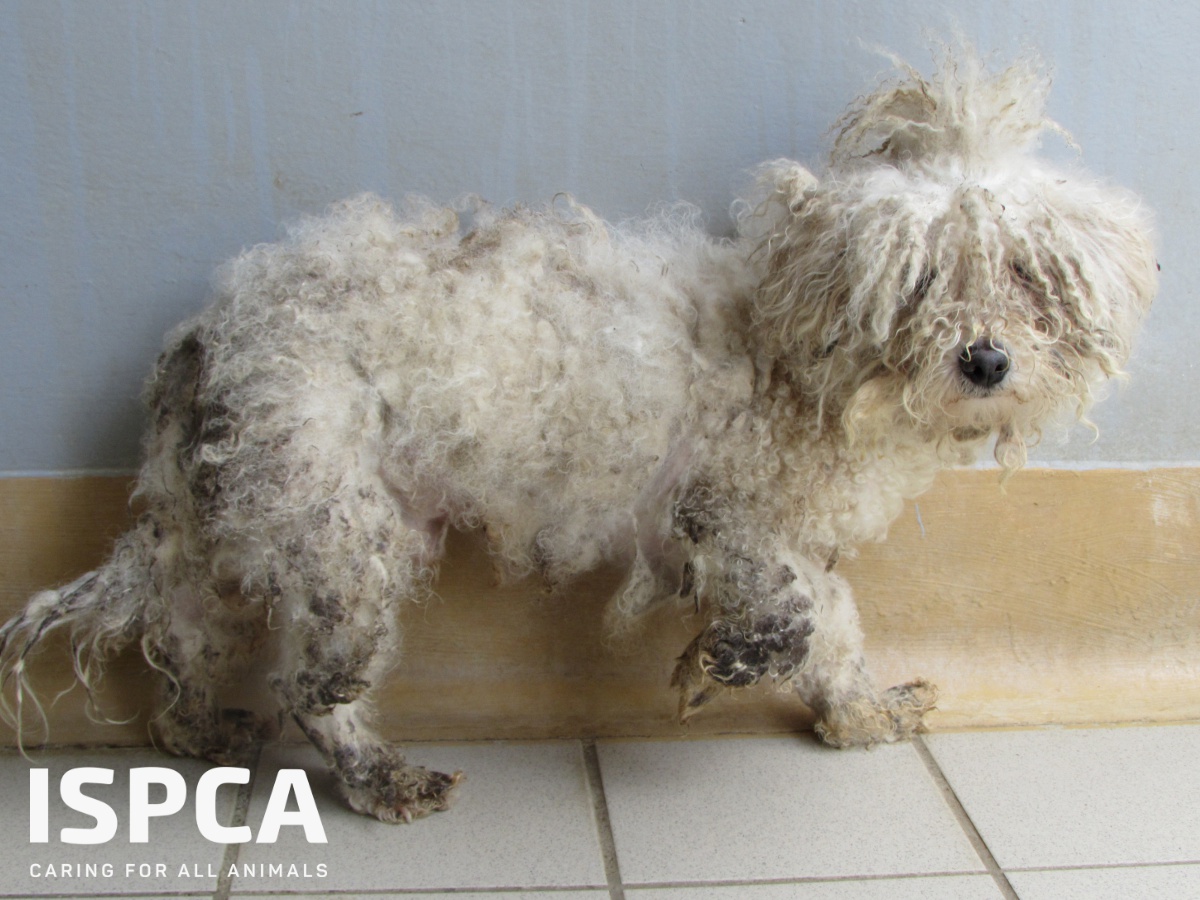 The ISPCA continues to advocate for improvements to Ireland’s Dog Breeding Establishment Legislation and was a member of the working group that developed new guidelines which came into effect on 1st January 2019. The ISPCA gave these guidelines a cautious welcome. During the consultation the ISPCA called for a number of changes to strengthen the Guidelines and to ensure that the Guidelines would be used effectively and consistently. We were pleased to see the removal of ambiguous language such as “should” which has been replaced with “must,” which puts an obligation on breeders to act. We were also pleased to see additions to the guidelines around socialisation, exercise, husbandry and record-keeping, which we believe strengthen the document.

There are still issues to be addressed, including the guideline’s ratio of carers to animals, which is set at 1:25 and we feel is too high. The ISPCA called for a ratio of 1:10 and we would like to see this reviewed in the future. We would also like to see a cap on the number of breeding bitches, but this requires a change to the Dog Breeding Establishment Act 2010. The Department of Rural and Community Development (DRCD) has stated that they will consider these and other points when reviewing this legislation, and the ISPCA will be a part of the discussion on the review of this legislation.

The ISPCA is also working to educate the public about how to source a pet responsibly and safely. The Irish Pet Advertising Advisory Group (IPAAG) was formed in 2015 by the ISPCA working with a number of leading animal welfare organisations, veterinary professionals and classified advertising websites to combat growing concerns about the irresponsible advertising of pets online.

The ISPCA continues to campaign and has secured widespread public support encouraging anyone thinking of getting a new pet to always consider adopting from a reputable rescue centre first.  For anyone going online, it is important to do your research and know what to look out for in online adverts and how to spot if a puppy has been bred in poor conditions.  Visit http://www.ipaag.ie ; for a checklist, walk away if you spot any red flags and don’t fall prey to a #PuppyDotCon. 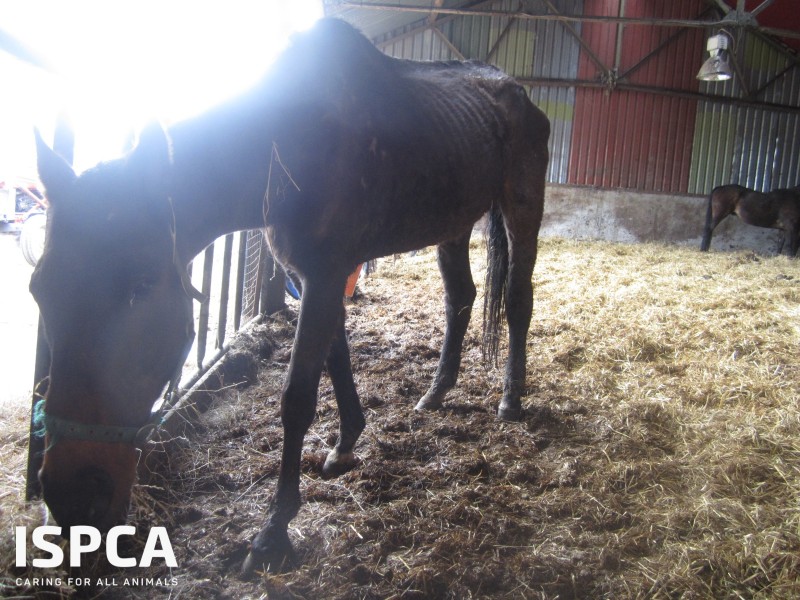 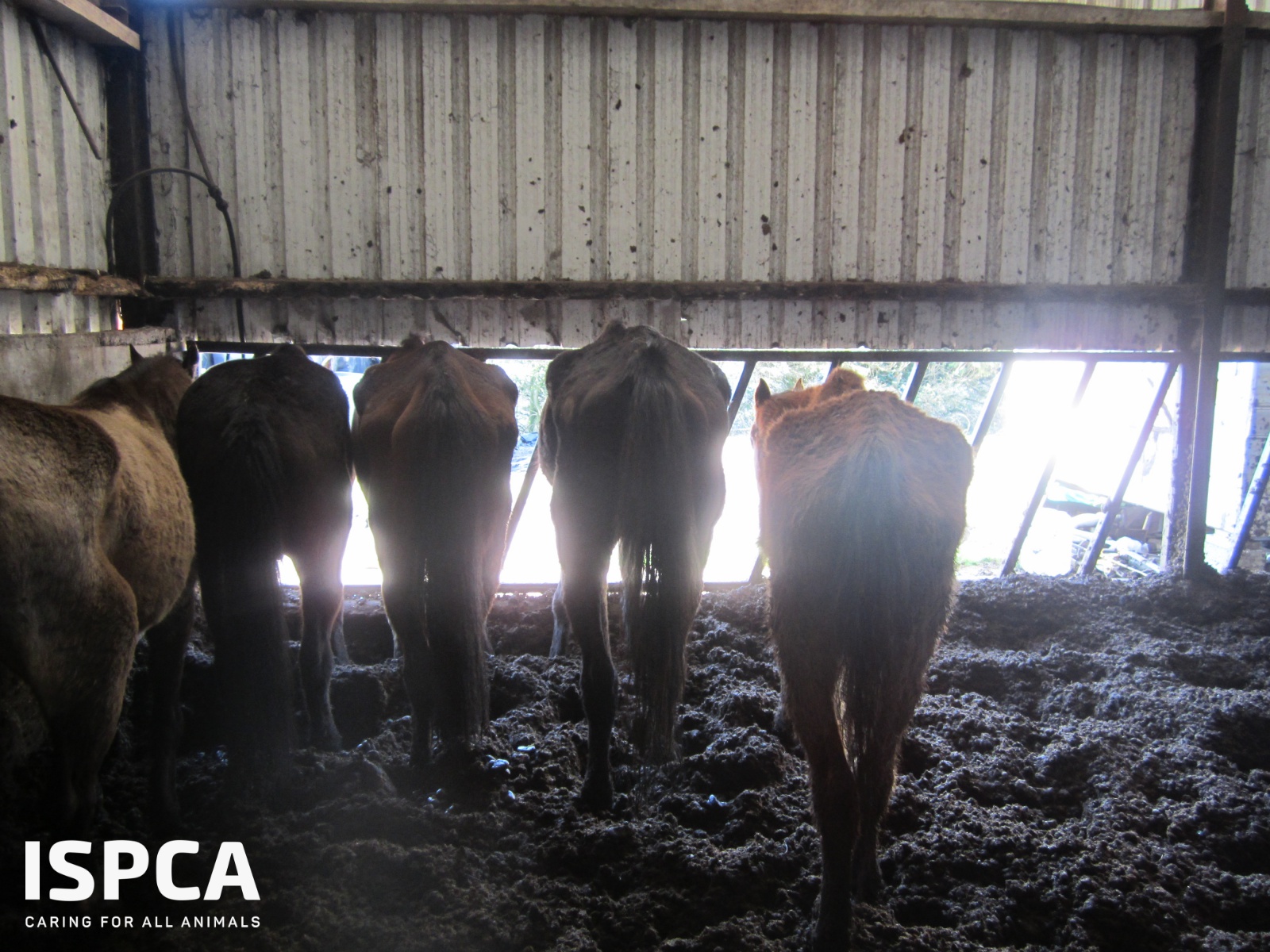 How you can help?

The ISPCA is the largest national animal welfare organisation caring for all animals in Ireland and recognised at European level. The ISPCA operates three rescue and rehabilitation centres which were developed in order to support the ISPCA Inspectorate and member societies with the rescue, rehabilitation and responsible re-homing of cruelly treated and neglected animals.

Prevention and Enforcement: We prevent cruelty to all animals, promote animal welfare and proactively relieve animal suffering.  With nine fully trained ISPCA Inspectors, the ISPCA investigates animal cruelty in 17 counties in Ireland.
Rescue, Rehabilitation & Rehoming: Our Inspectorate rescue the most vulnerable animals, they are treated at our Centres, rehabilitated and responsibly rehomed to loving families where they will be cared for, for the rest of their lives.
Education: We aim to equip pet owners and future pet owners with access to information and knowledge about how to look after their pets
Advocacy and Engagement: We engage with organisations across European to achieve legislative change at EU level though our membership with Eurogroup.

ISPCA Inspectors are the front line preventing animal cruelty in Ireland.  As Authorised Officers under the Animal Health and Welfare Act 2013 (AHWA), they respond to allegations of cruelty, neglect and abuse and also aid sick and injured animals. While the majority of allegations investigated by ISPCA Inspectors are dealt with by means of advice or instruction, if the situation warrants stronger action, formal warnings or the seizure of animals can be issued.  Please find link to our inspectorate reports here

The ISPCA has as a total of nine authorised Inspectors (one Chief, two Senior and six Inspectors) covering 17 counties and working with 17 affiliated member societies nationwide.

How we are funded?

88% of ISPCA funding is received from public donations, legacies and through fundraising activities. The ISPCA receive an ex gratia grant from the Department of Agriculture, Food and the Marine.

If you can make a donation no matter now small to support our work, please click on the link here Donate

Established in 1949, the ISPCA’s Registered Charity No. 2008723 and is registered with the Irish Revenue Commissioners, No.CHY5619