The ISPCA responded to a call about a dog in poor condition in Moydow, Co. Longford recently. 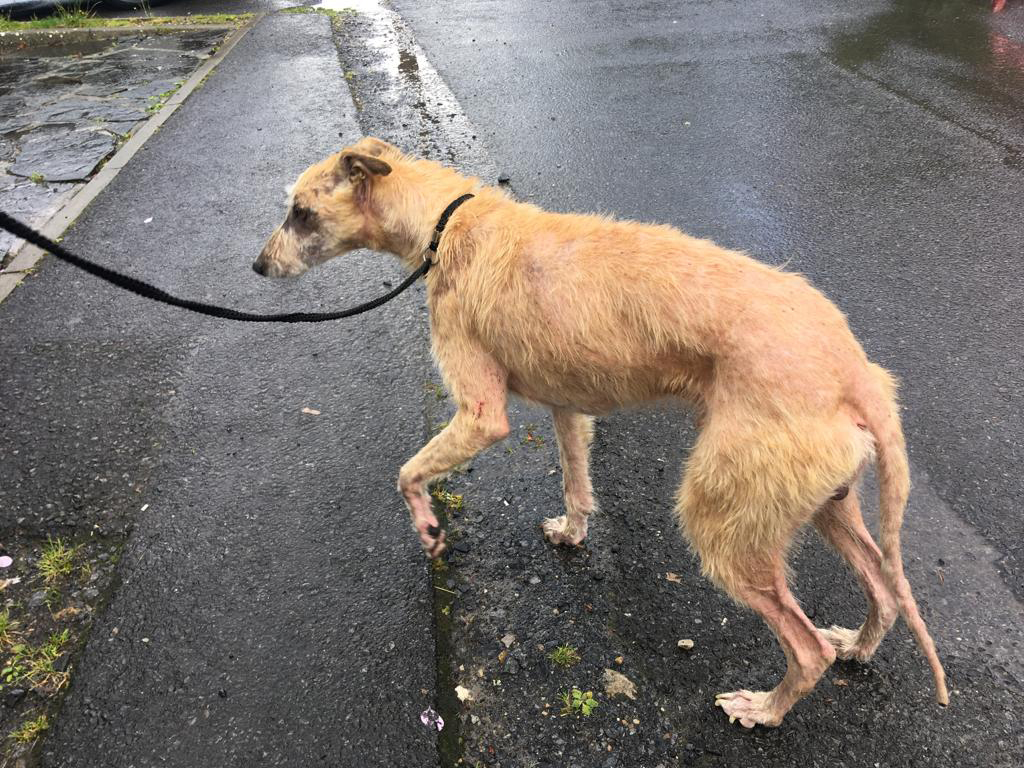 A lurcher dog was discovered in extremely poor condition and was transported to a local veterinary clinic for assessment.  Following an examination it was confirmed the dog, later named Rover, was suffering from severe mange and malnutrition.   Rover was not microchipped making it difficult to trace his owner. 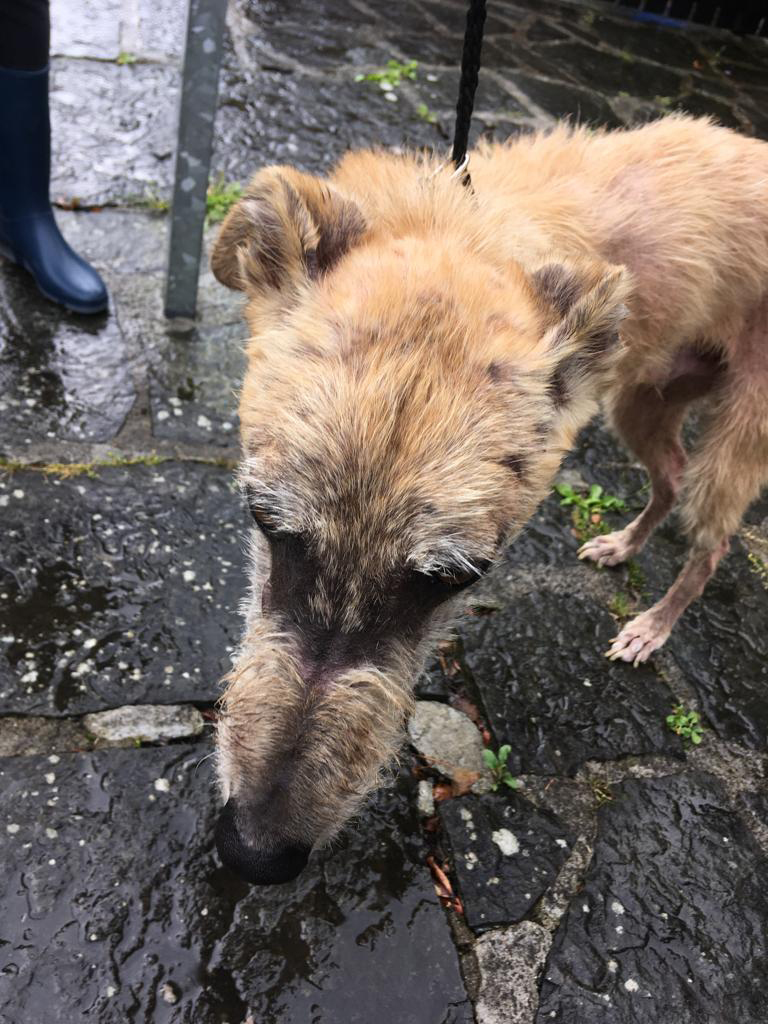 ISPCA Centre Manager Hugh O’Toole said: "Rover is now in the care of the ISPCA and is undergoing treatment which, will continue for at least six weeks to include medicated washes to sooth his skin, parasite treatment to control the mites that caused the mange and he is also receiving a nutritious diet. Rover’s skin can only be described as raw from constant scratching as he was also covered in fleas. It was unclear how long he was left to suffer in this condition which, was totally preventable had he received basic treatment for parasites in the first place”. 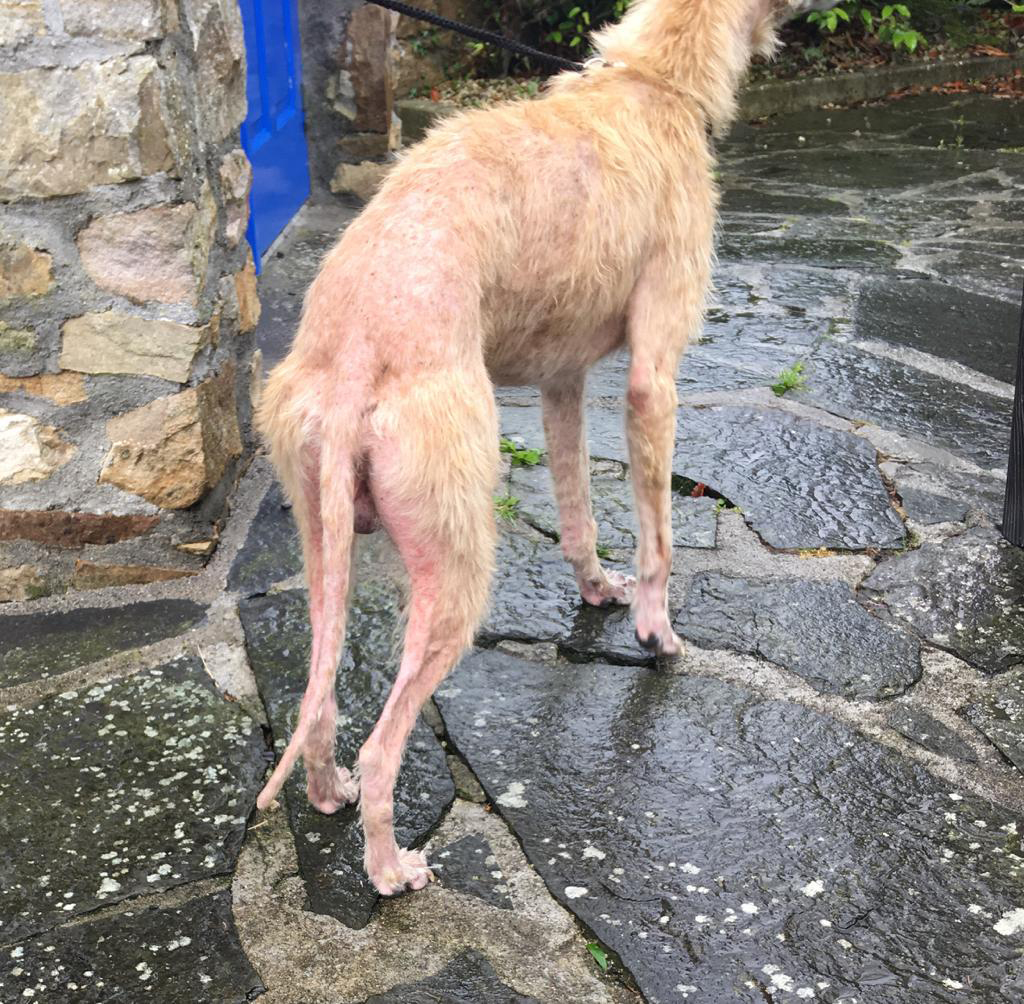 Once Rover receives a clean bill of health from our vet, he will be fully vaccinated and moved from our isolation unit to the main kennels and will be scheduled for neutering and microchipping.

Hugh added:  “Rover is such a sweet gentle dog and once he has recovered, we will be appealing for a new responsible home, where he will be properly cared for.  Our kennel area is currently over capacity with many dogs requiring extended periods of time in our care for rehabilitation and treatment.  If you can help by making a kind donation to support our work, we would be grateful”. 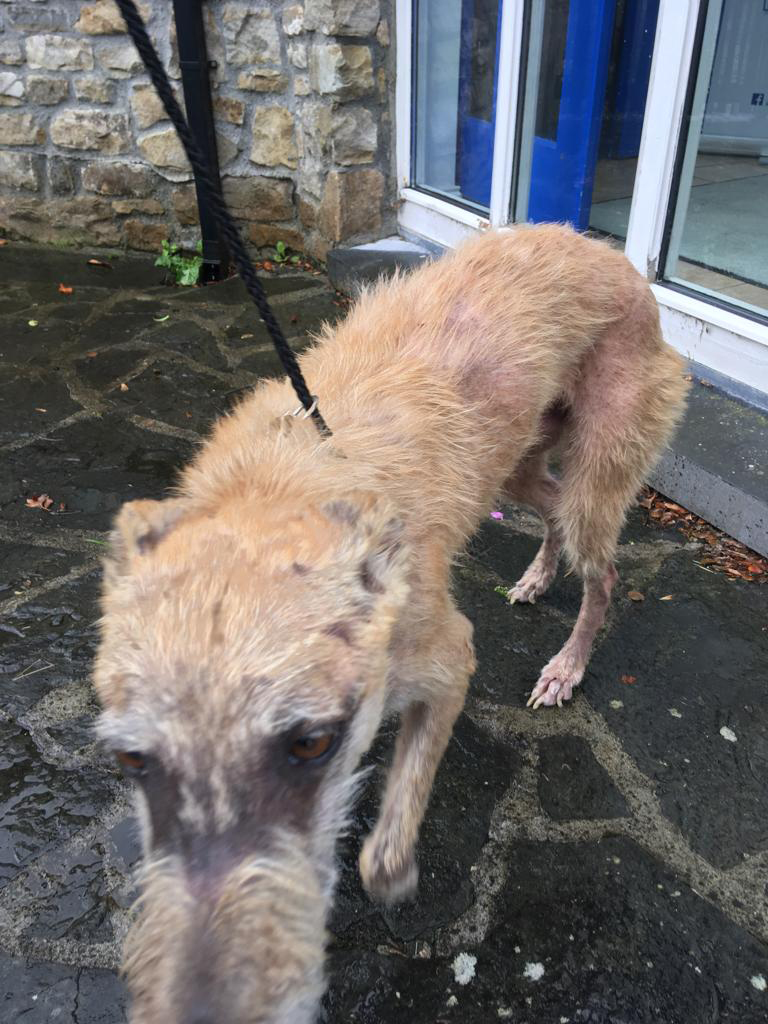 Anyone with information about Rover is asked to contact the ISPCA National Animal Cruelty Helpline in confidence on 1890 515 515, or report online here or email us at helpline@ispca.ie

If you can, please make a kind donation here to help Rover and the many other cruelly treated, neglected and abused animals that come into our care.  Thank you.