National Fireworks Awareness Campaign launched by the Department of Justice

The ISPCA was delighted to be invited to attend the launch of the Department of Justice national Fireworks Awareness Raising Campaign earlier today in order to highlight the negative impact of illegal fireworks on animal welfare throughout Ireland.

This year’s annual campaign emphasises that fireworks are illegal because they are dangerous and urges people not to buy them, sell them or use them. 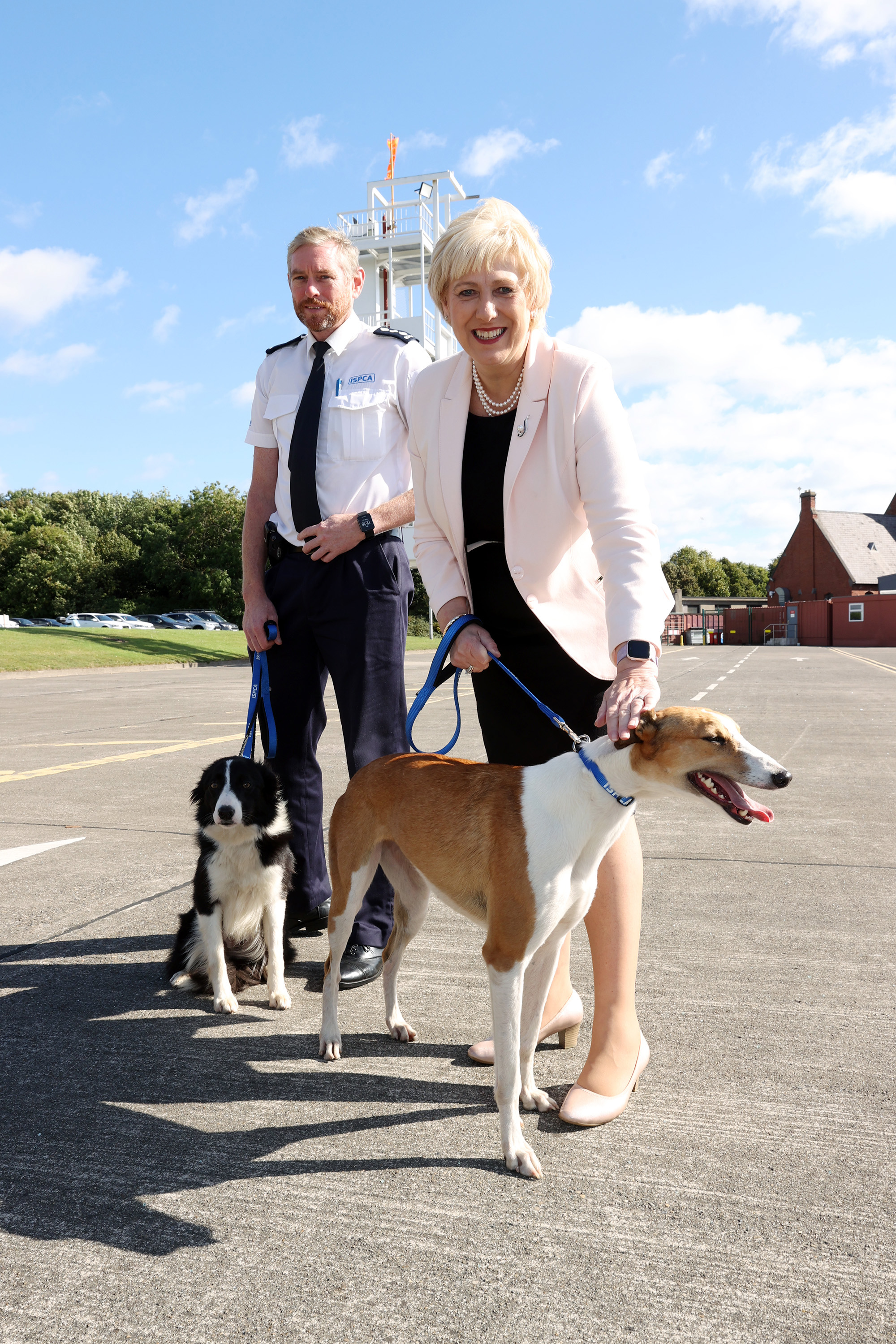 ISPCA Chief Inspector Conor Dowling spoke about how Halloween can be a frightening and dangerous time for animals due to the use of illegal fireworks. They cause significant distress for pets, other animals and livestock given their heightened senses of hearing and smell.

“We would ask those considering acquiring or using illegal fireworks to think about the impact it has on others – on the elderly and infirm, on our emergency services, and on our pets. And to ask themselves, is it really worth it?”

Speaking at the launch, Minister Humphreys highlighted the serious dangers associated with fireworks and the significant penalties that people can face for selling or using illegal fireworks. Penalties imposed can be as high as €10,000 and/or up to 5 years in prison, if convicted.

Minister Humphreys also noted the significant distress that fireworks can cause for people in our communities, particularly the elderly or those with sensory issues. They can also cause great harm and stress to family pets, and that is why this year’s campaign is being launched in collaboration with the ISPCA, Dublin Fire Brigade, and An Garda Síochána. Targeted messaging will feature on local radio stations in Dublin and across the country, as well as across social media, YouTube and Spotify, from Monday 27 September, until early November.

Speaking at the launch this afternoon, the Minister reminded anyone tempted to use fireworks this Halloween to consider the consequences of their actions on the wider community.

“Fireworks are not fun for everyone.
“This year we are asking people to stop and consider the significant distress that fireworks cause to the most vulnerable in our communities, to our pets and to other animals and livestock.
“Our grandparents, elderly friends and those with sensory issues have faced a particularly difficult time over the last 18 months; fireworks going off in proximity to their homes causes unnecessary additional distress.
“We are asking everyone to consider those who are indirectly impacted by their actions this Halloween period”.

Chief Fire Officer in Dublin City Council, Dennis Keeley, spoke about the dangers of using fireworks, the injuries that fireworks can cause to people and firefighters and urged everyone to think before they act and what the unintended consequences of their actions might be. 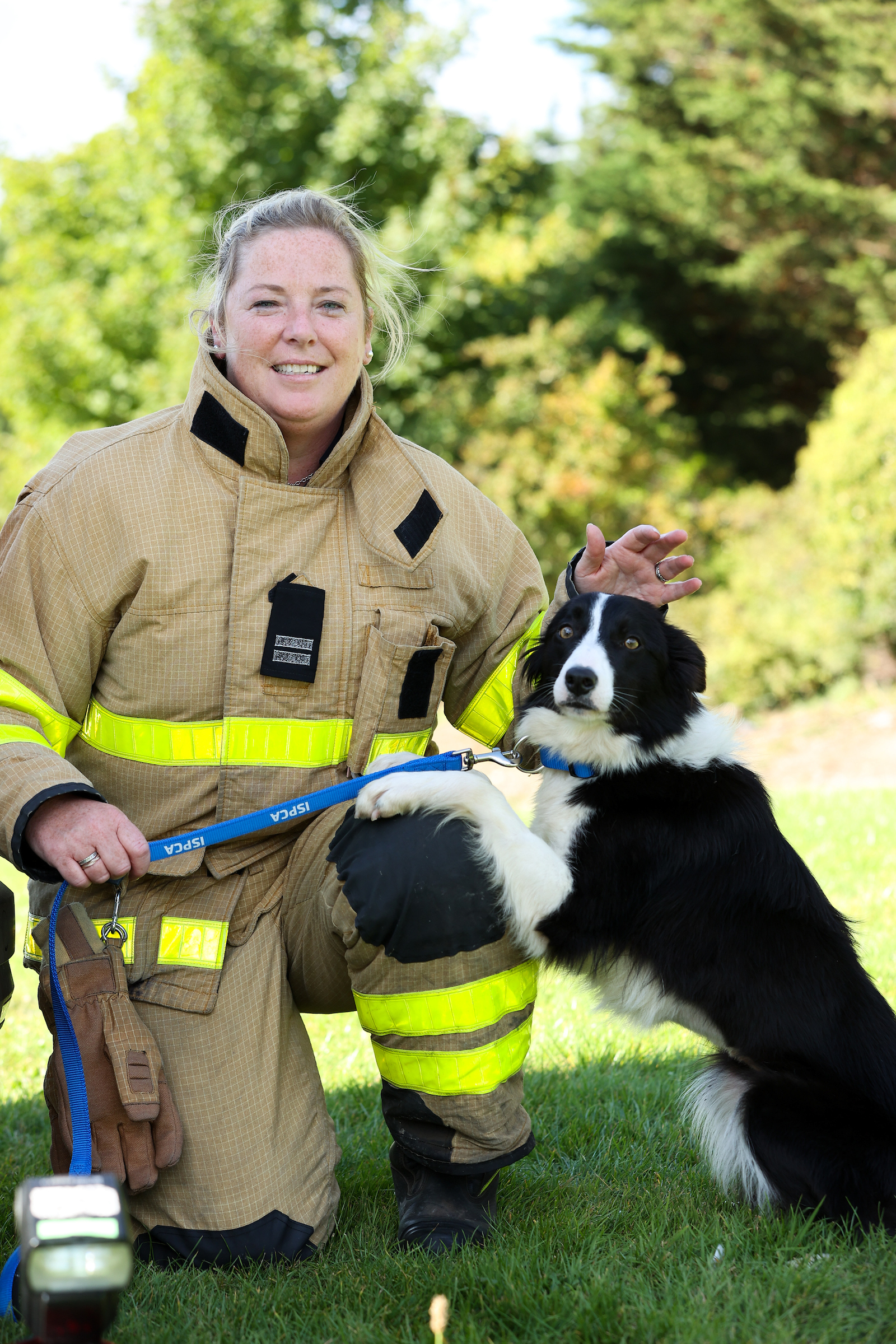 “Dublin Fire Brigade is delighted to support of the launch of Department of Justice Fireworks Awareness campaign and to highlight the dangers of using fireworks to everybody, we have seen first-hand the catastrophic consequences and long-lasting devastation fireworks can have on people, I would strongly advise people not to use them for their own safety and the safety of the community.”

Representing An Garda Síochána at the event, Inspector Aonghus Hussey of the Garda National Community Engagement Bureau spoke about the challenges An Garda Síochána face at this time of year and the approaches and initiatives taken in keeping our communities safe. 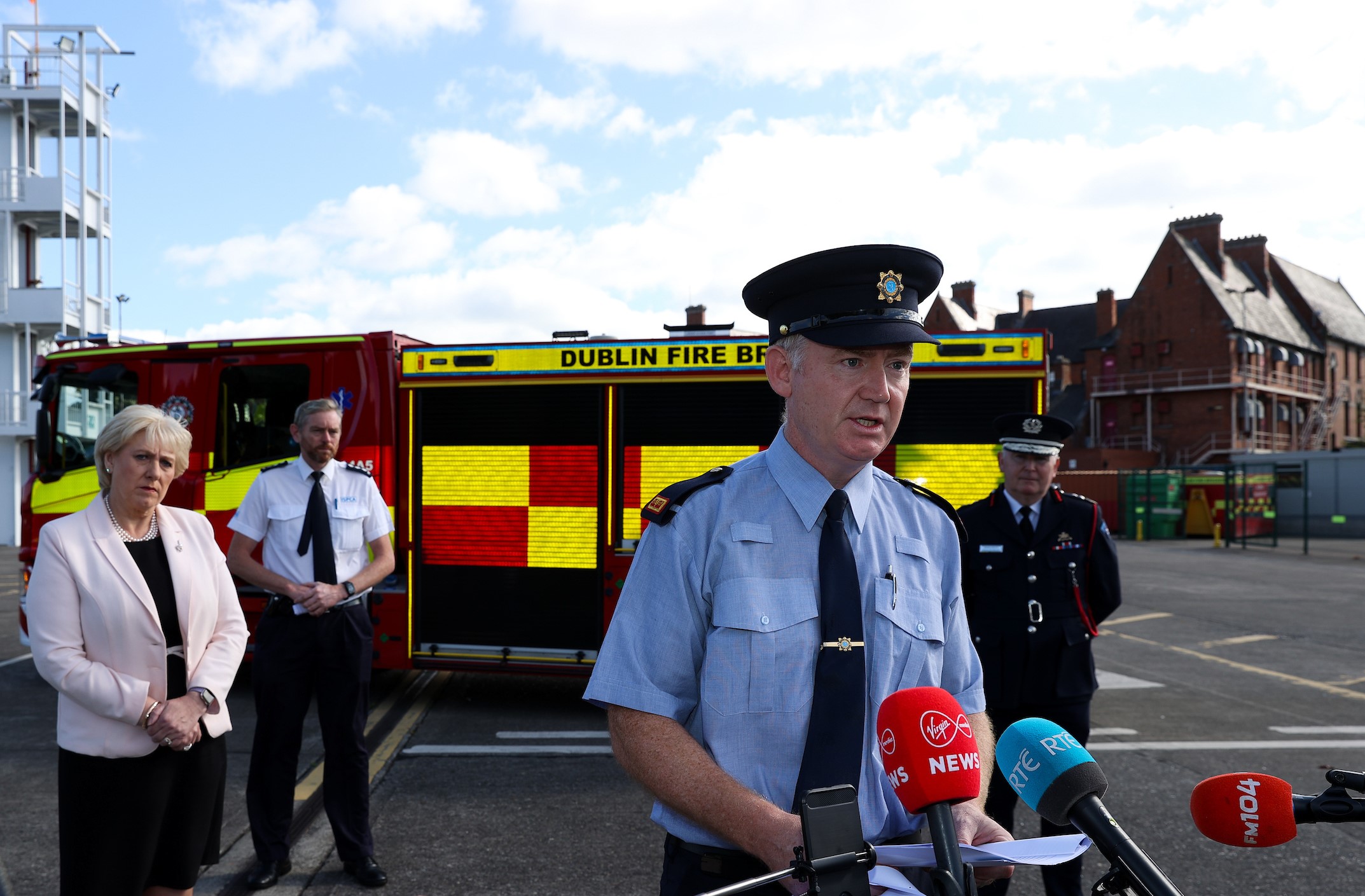 “’Operation Tombola’ will be in operation countrywide leading up to and during Halloween. “Operation Tombola” is designed to prevent and detect the sale, supply and possession of fireworks and address anti-social behaviour in our communities. Our key message is “Let’s all work together to have a safe and fun Halloween”.

Commenting on the excellent work of An Garda Síochána, Minister Humphreys welcomed the early commencement of Operation Tombola, saying,

“Operation Tombola began in August of this year in the Dublin Metropolitan Region in response to concerns about unlicensed fireworks and their early use in the run up to Halloween.
“An Garda Síochána continues to implement high visibility policing plans to address issues related to public disorder and anti-social behavior. There is particular focus on overt and targeted policing of public places at times when public order incidents and anti-social behaviour typically increase, such as at Halloween.
“An Garda Síochána will also be deploying the Divisional Public Order Units on Halloween Night to ensure the safety of communities across the country.”

In addition, the Minister emphasised that while Halloween can be a really enjoyable time for children, teenagers and their families, we all must work together to ensure that everyone in our communities feels safe and unharmed during this exciting time of the year.