Five kittens were found dumped in a cage by a staff member at the road entrance to the National Animal Centre in Longford recently. 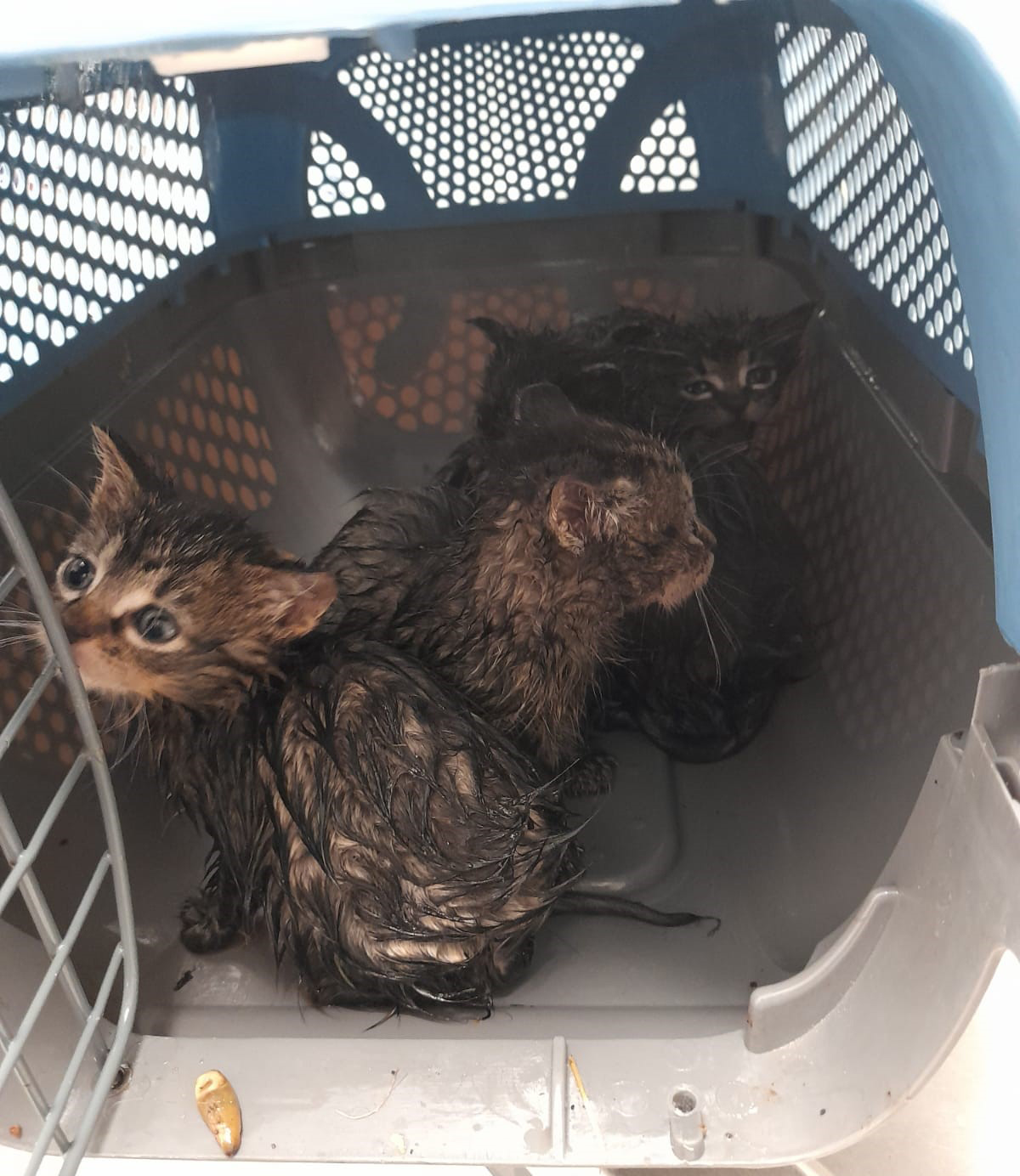 The kittens were found soaking wet and shivering with the cold.

Gerard Griffin, a senior Animal Care Assistant at the ISPCA in Longford, made the shocking discovery on his way into work.

Gerard said: “I noticed a cage and stopped to remove it when I discovered a number of kittens inside. I could see there was about five of them huddled together; they were absolutely soaking wet and shivering with the cold. It was difficult to determine how long they were there and I was really concerned they were suffering from hypothermia. With the rainfall and freezing cold conditions that night, they were lucky to be alive. I rushed them inside and tried to warm them up, giving them some food while I waited for an urgent veterinary assessment”. 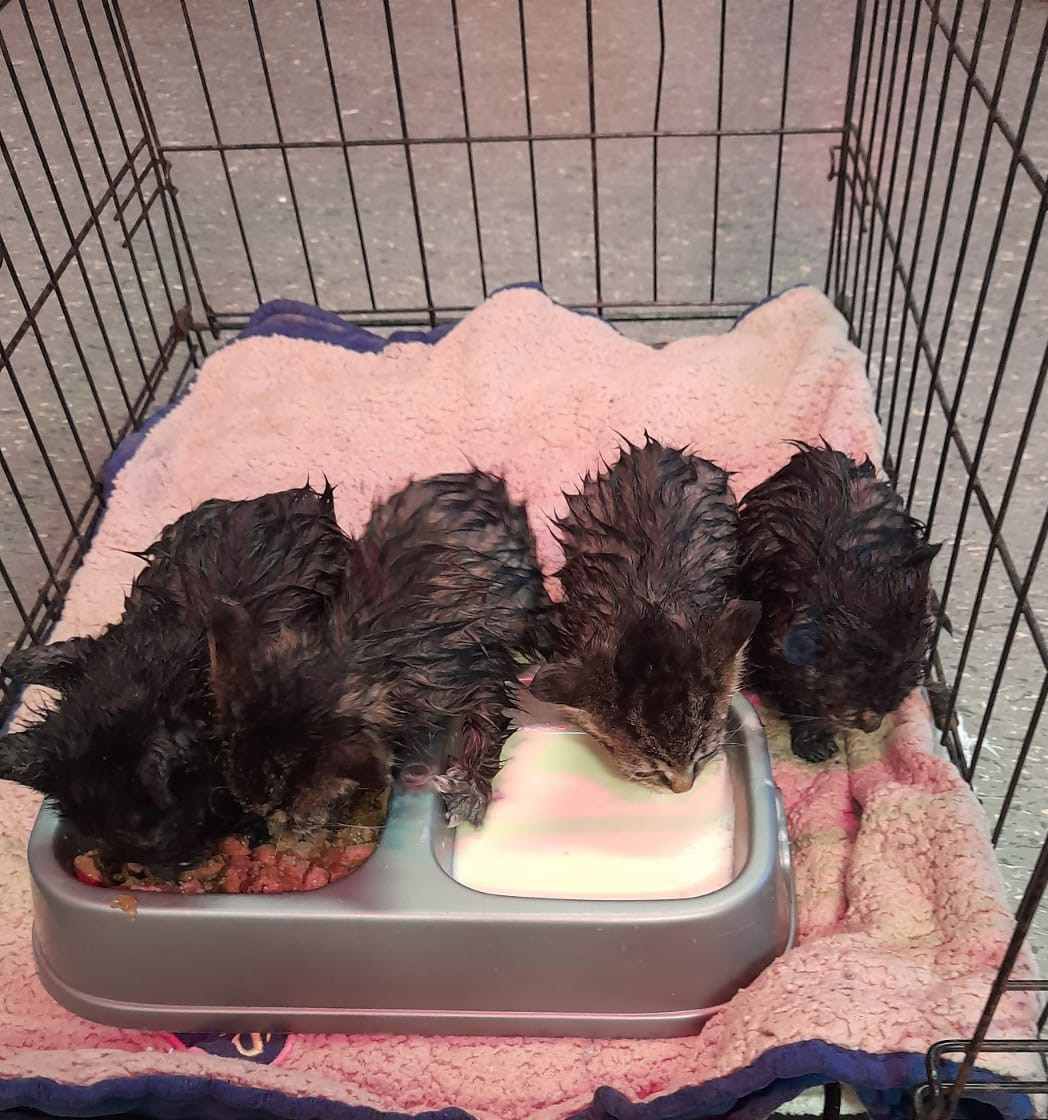 The kittens were fed a milk substitute and kitten food while waiting for urgent veterinary assessment.

Gerard added: “The kittens were no more than five weeks old and sadly have experienced the very worst start in their little lives. It’s heartless to think that someone just left them there all night and simply walked away”. 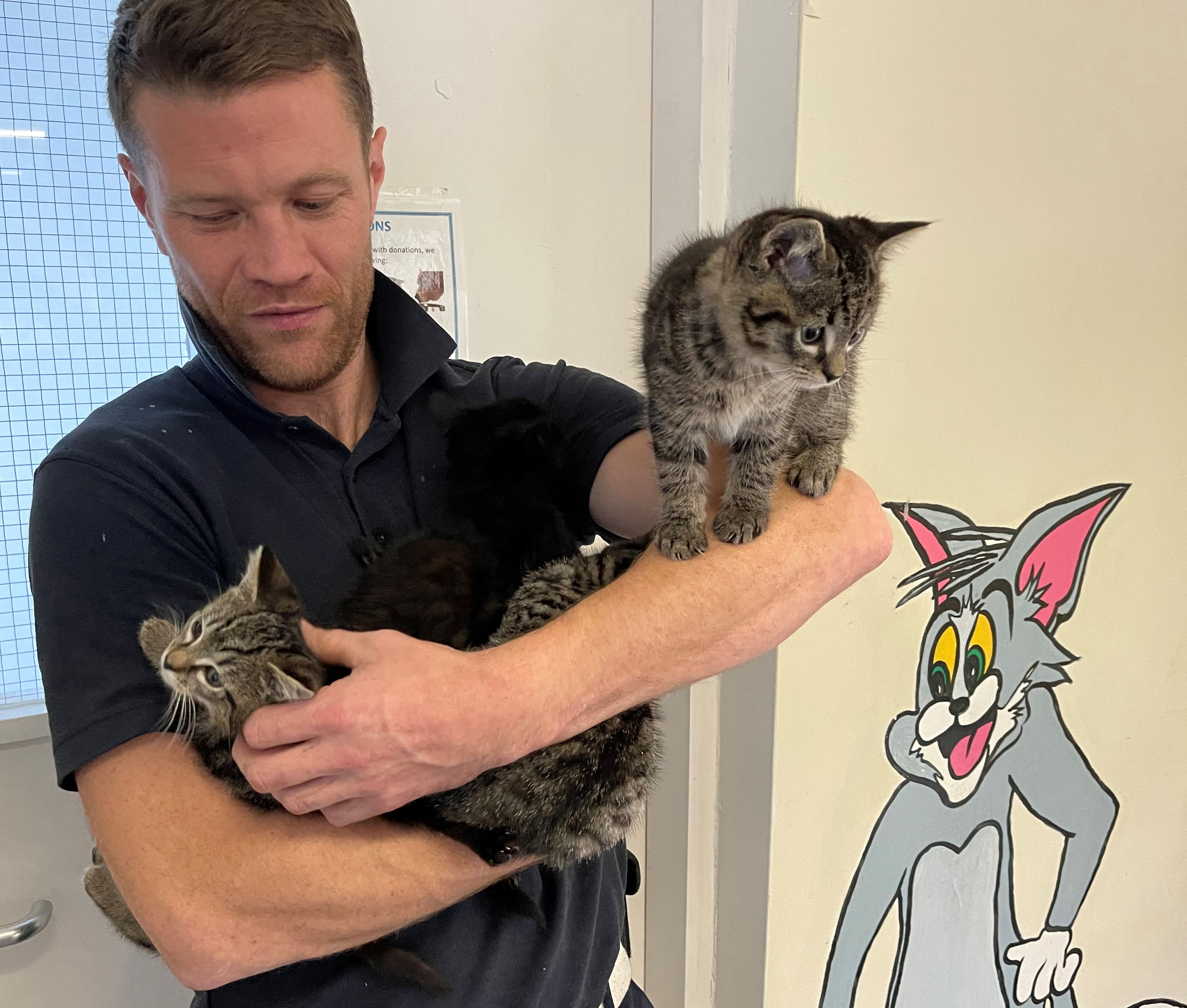 Gerard with the happy kittens.

The kittens have been named Adele, Gavin, Tiffany, Austin and Dylan by the staff, hope to rehome them as soon as they have fully recuperated from their ordeal.

ISPCA Centre Manager Trish Spargo said: “These kittens experienced a very traumatic start in life. They are extremely friendly and it is obvious they are well handled and would have had lots of human contact. It’s a very irresponsible thing to do. They are very vulnerable and might not have survived the night in this cold weather”.

Trish added: “It is an offence to abandon an animal and pet owners need to be aware that they have a responsibility to ensure there are proper provisions in place for their welfare. You cannot just abandon kittens simply because you don't want them. By having cats neutered or spayed (kittens when of age), it would prevent accidental litters of kittens from being born in the first place”. 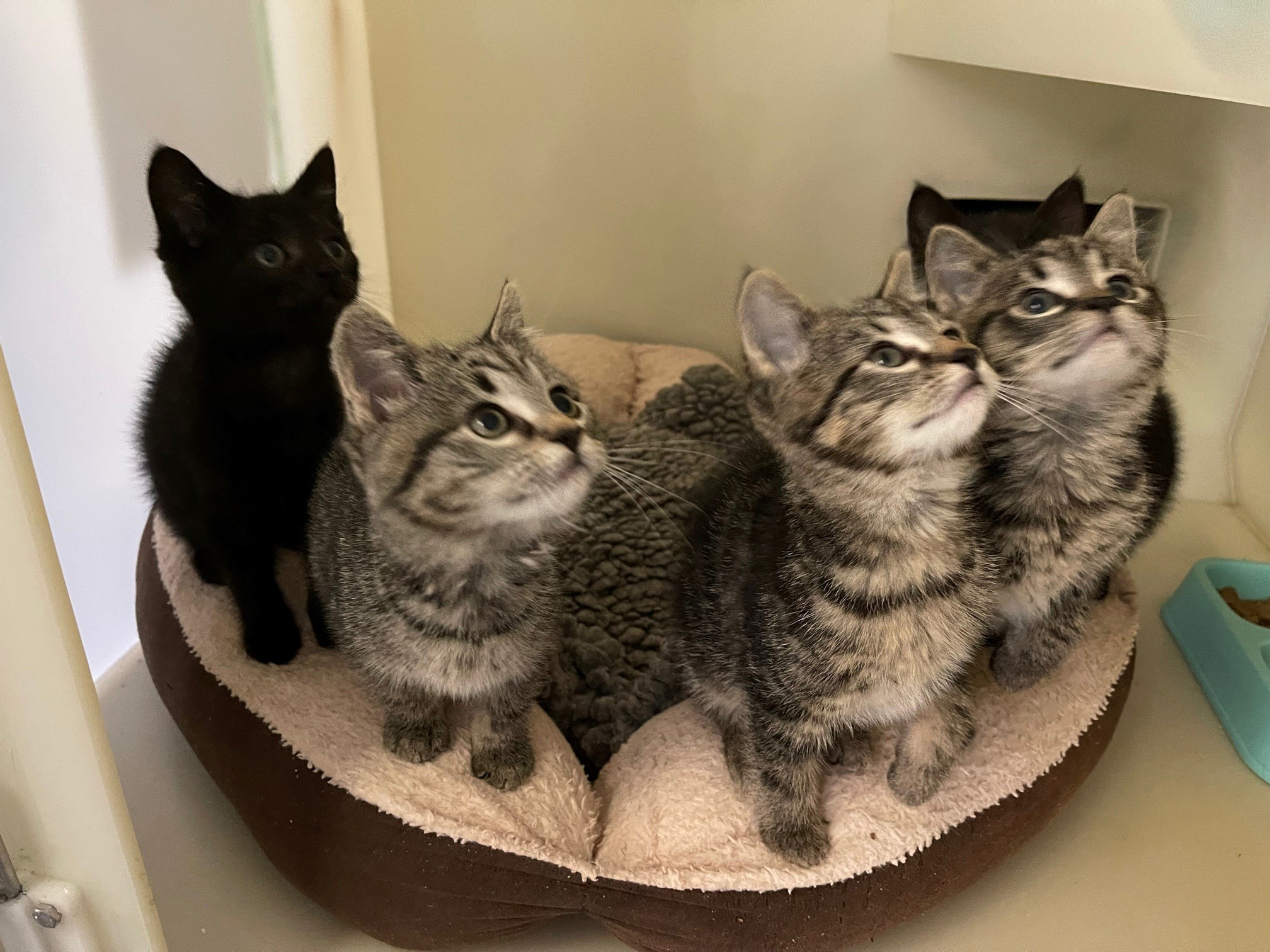 The ISPCA is urging pet owners to spay or neuter their cats and kittens (when of age) as early as possible to prevent accidental and unwanted litters of kittens.

Cats and kittens adopted from the ISPCA are fully vaccinated, treated for parasites, neutered/spayed (when of age), cat-flap and litter-trained. We also offer six weeks free pet insurance. We ask for an adoption donation of €75 to help us cover some of our veterinary costs.

In nearly every case, spaying or neutering has overwhelmingly positive benefits such as:

Kittens can become active at young as 16 weeks old and they can have as many as three litters per year.

The charity is urging the public to consider the positive benefits of getting their cats and kittens spayed or neutered and is encouraging animal lovers to talk to their vet as soon as possible to get this simple procedure done.

If you would like to support ISPCA, please if you can, make a kind donation to support our work here: https://www.ispca.ie/donate/