The ISPCA seized a young pony that was tethered to an electricity pole without food, water or shelter in Clonmel, Co. Tipperary recently. 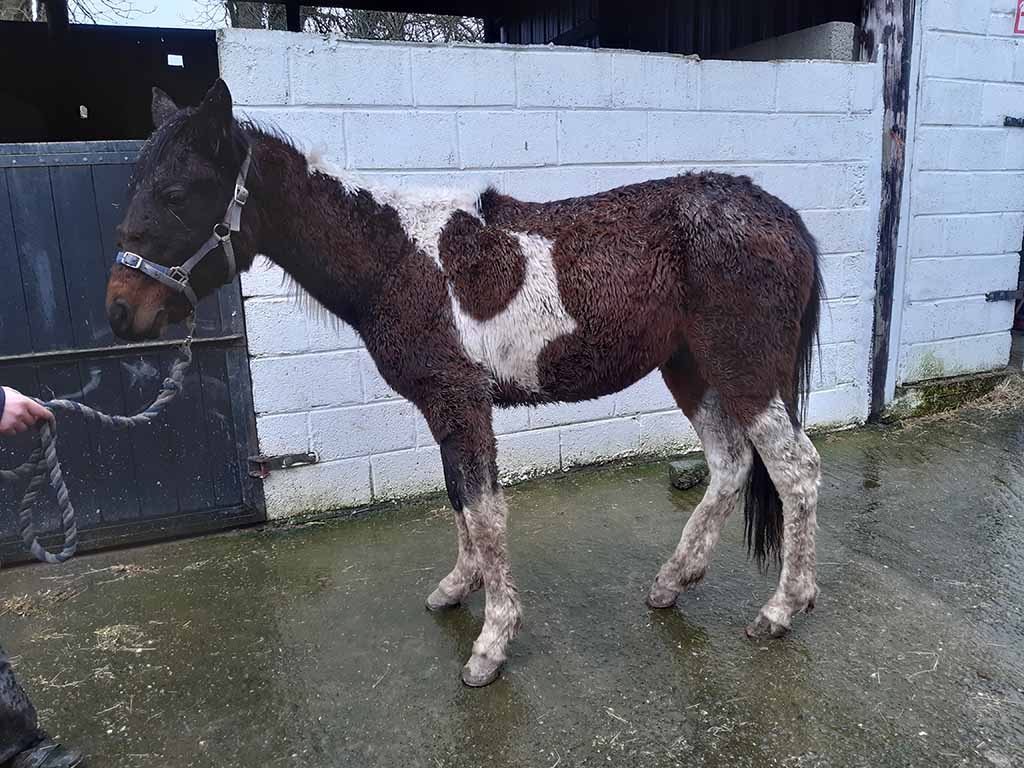 ISPCA Inspector Alice Lacey discovered the young filly in poor condition and on closer inspection, a scar was found on her back leg, which appeared to be infected.

Inspector Lacey scanned for a microchip however there was no chip present.  The pony was seized and transported her to a veterinary practitioner for assessment and treatment for her injuries. 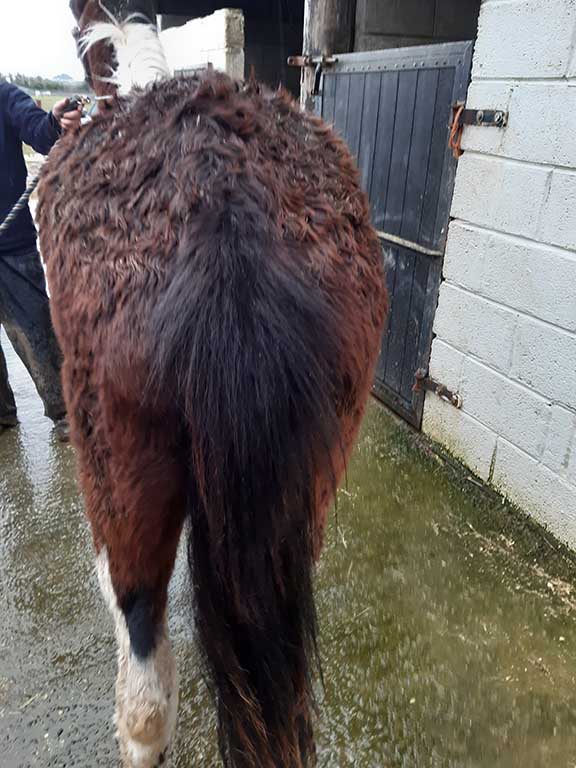 Inspector Lacey said:  “The young filly was in such a sad state, barely a year old and far too young to be shod. The ground was completely bare, she had no food, shelter or water and was eating mud to survive. Her movement was so restricted, that she could only move a couple of feet either side of the lamppost.  That’s no life for any animal and completely unacceptable.

Alice continued:  “In some cases, we see ponies that are broken and shod far too young only to be tacked up to a sulky which I suspect is what happened to this poor pony.  As yearlings, their joints and ligaments are not fully developed and driving any young pony on a hard surface is putting them at risk of a serious injury. We commonly see injuries such as swollen joints and open wounds, often caused by badly fitted tack. We would like to remind owners that when you take on the responsibility of any animal, you have a legal duty to provide a basic level of care and address any issues. Thankfully we were able to remove this pony before her condition deteriorated any further.  She is currently being treated for her injuries and is expected to make a full recovery”. 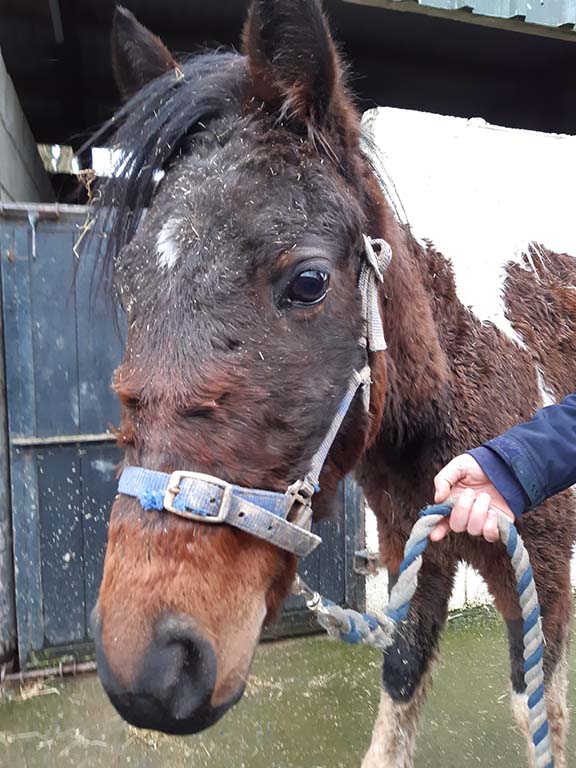 Investigations are continuing to trace an owner. If you suspect animal cruelty, abuse or neglect to an animal, please contact the ISPCA National Animal Cruelty Helpline on 1890 515 515, report online at https://www.ispca.ie/cruelty_complaint or email helpline@ispca.ie