Ben and Elsie were taken into the care of the ISPCA last week after Inspector Emma Carroll, assisted by Gardaí, responded to a report in the Limerick area made to the ISPCA National Animal Cruelty Helpline.  The dogs were not microchipped and investigations are ongoing to locate the dogs’ owner. 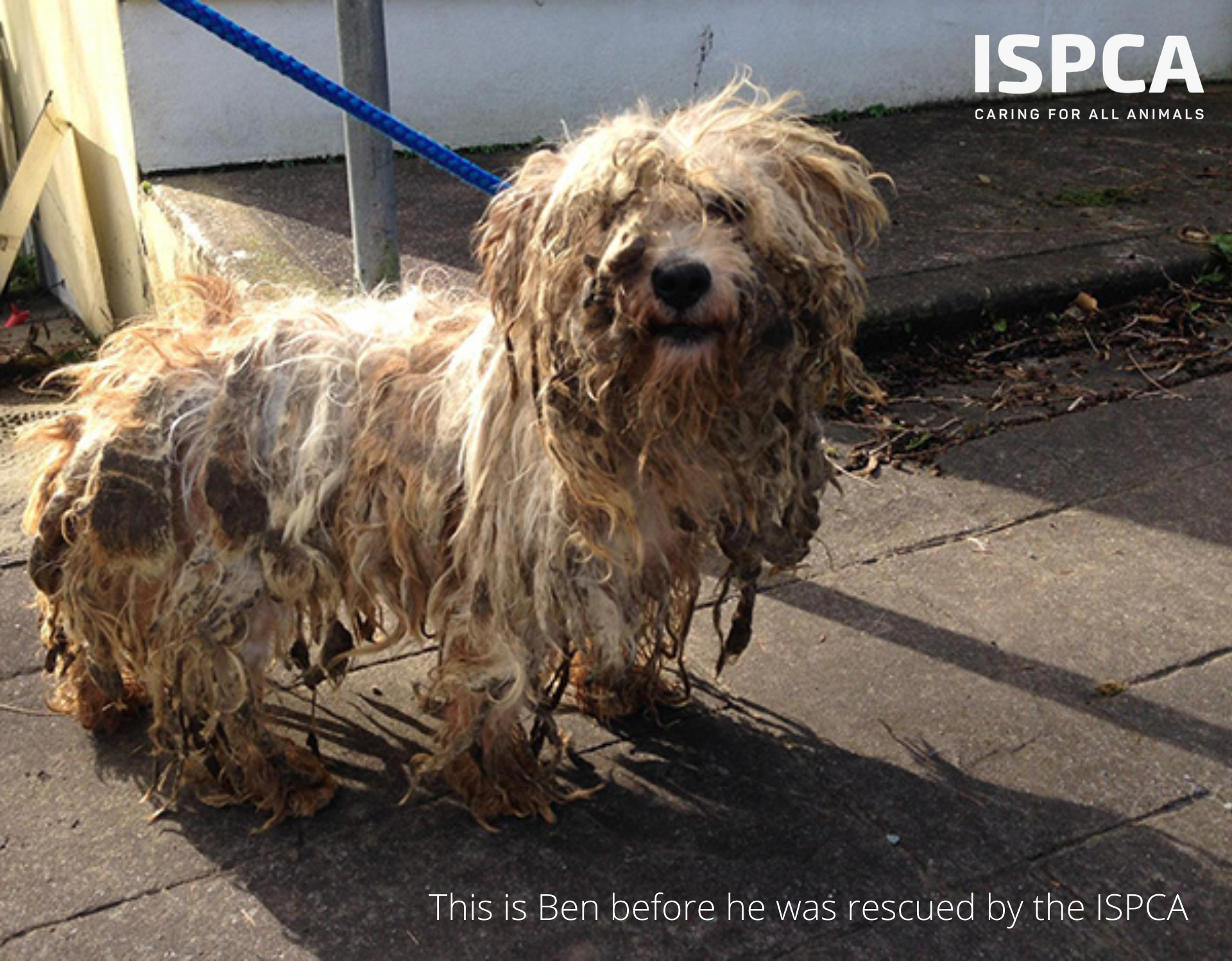 ISPCA Inspector Carroll said:  “This is by far the worst case of hair matting I have ever seen. Both dogs smelled so bad of urine and faeces which had soaked so deeply into their coats, it was restricting their ability to move. It was impossible to identify what dog breeds they were under their matted hair. They had to be sedated and completely shaved to relieve their suffering caused by the matted coats pinching their skin”.

Emma added:  “This case is a very stark reminder that long coated dogs need to be regularly groomed and this must be taken into consideration when getting a pet". 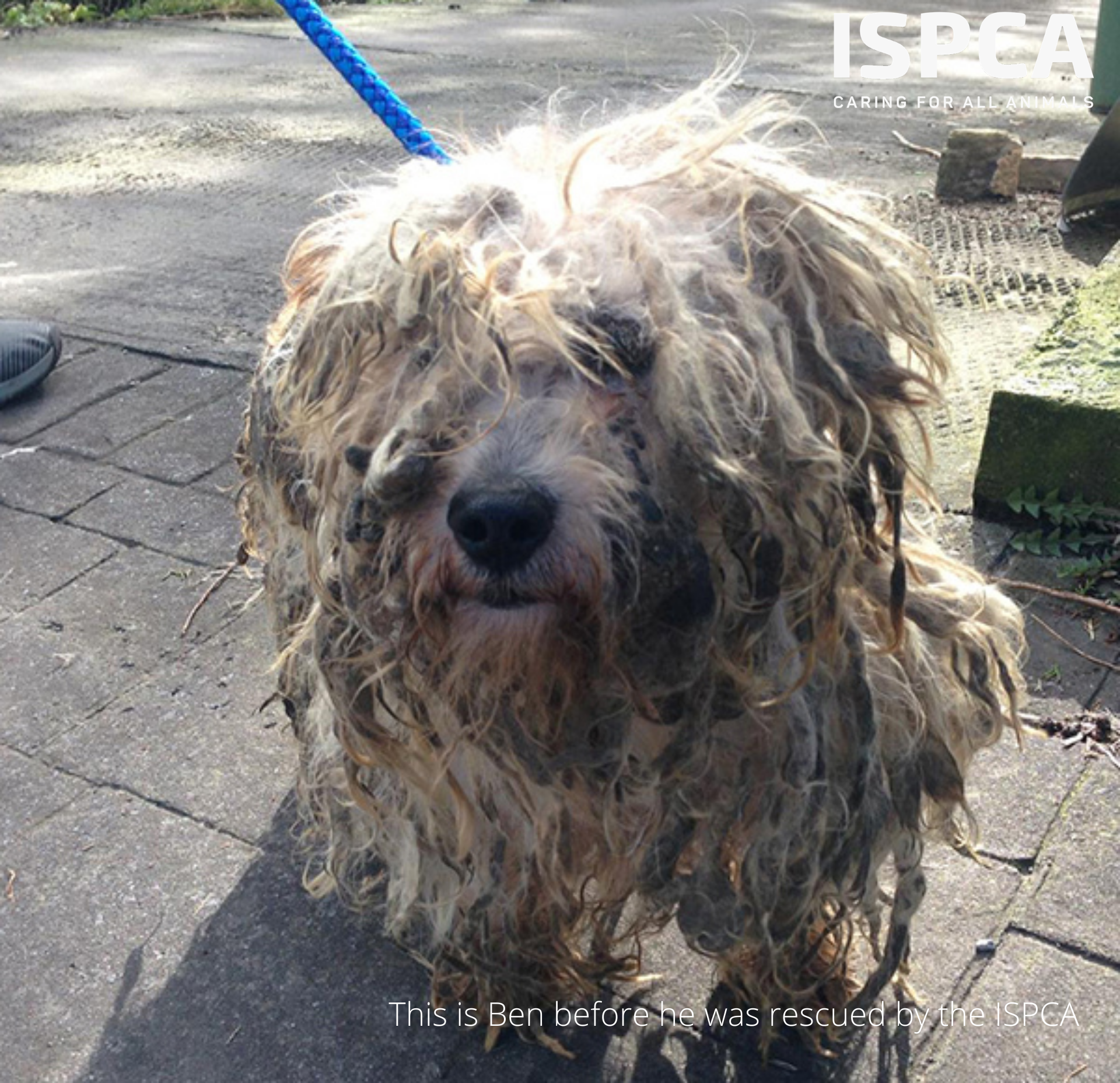 After grooming it was discovered that Ben is a Bichon Frise cross terrier aged around nine years old and Elsie is a Shih Tzu cross of about seven years. 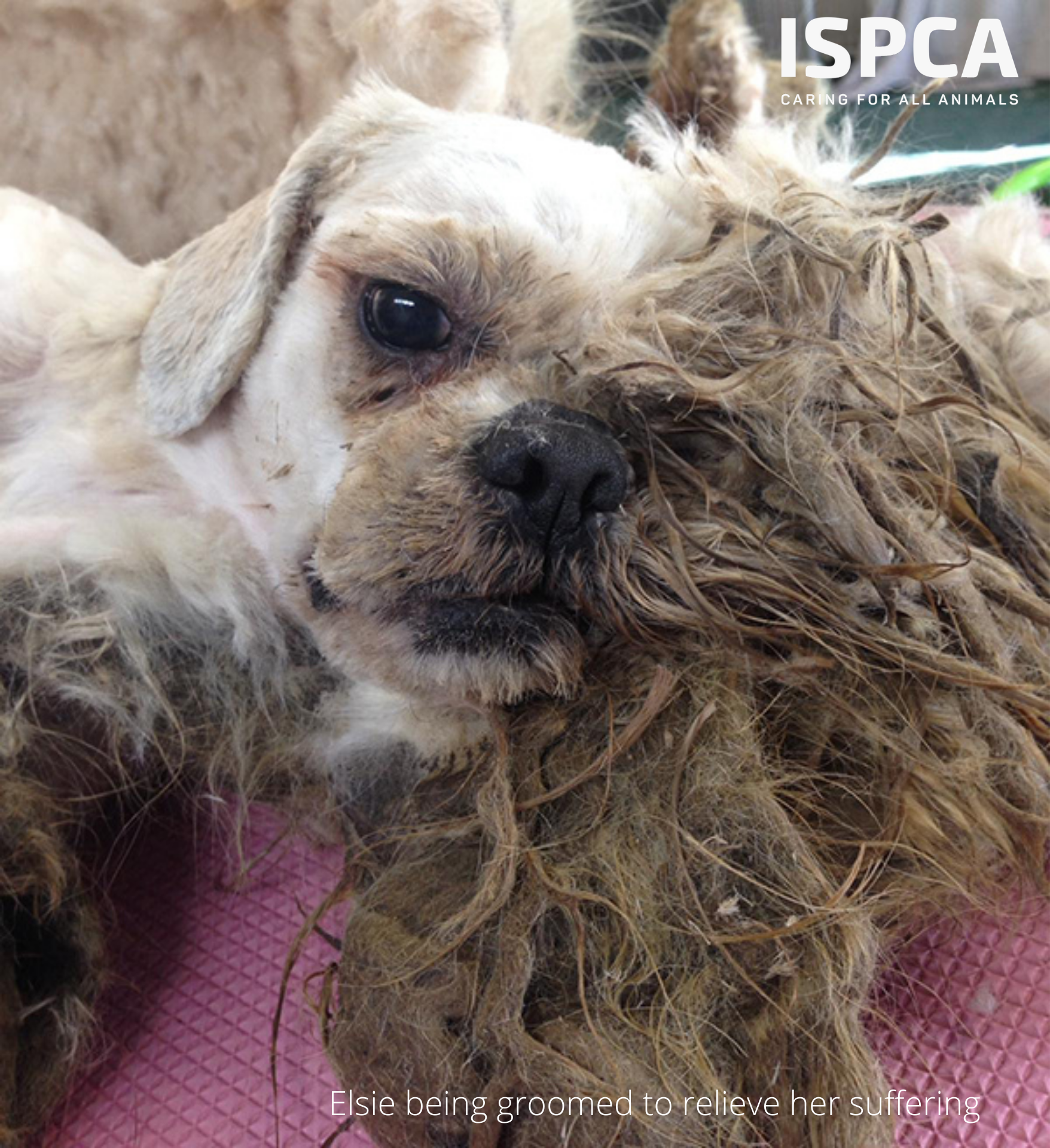 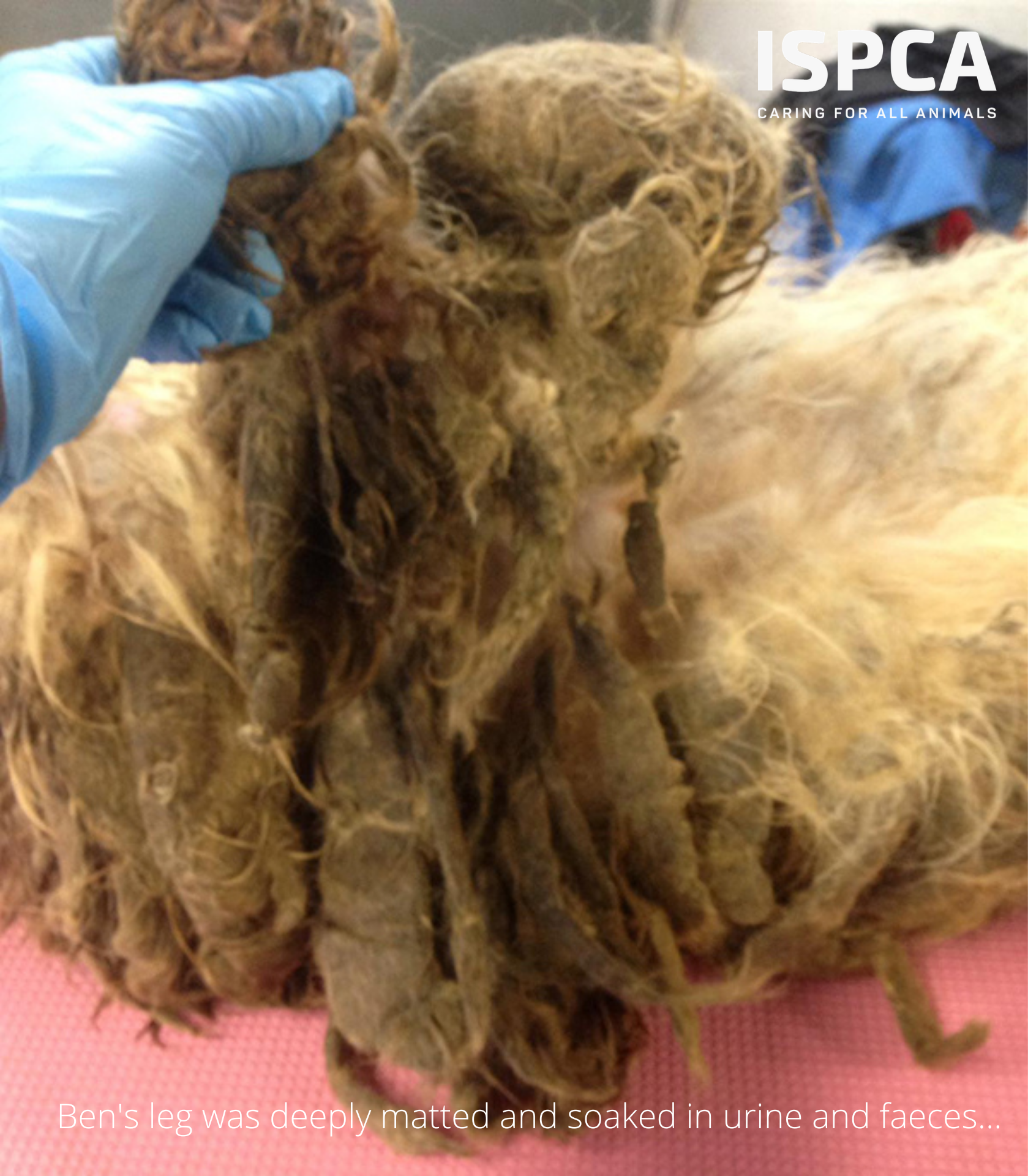 Both have beautiful temperaments despite the horrendous condition in which they were kept. 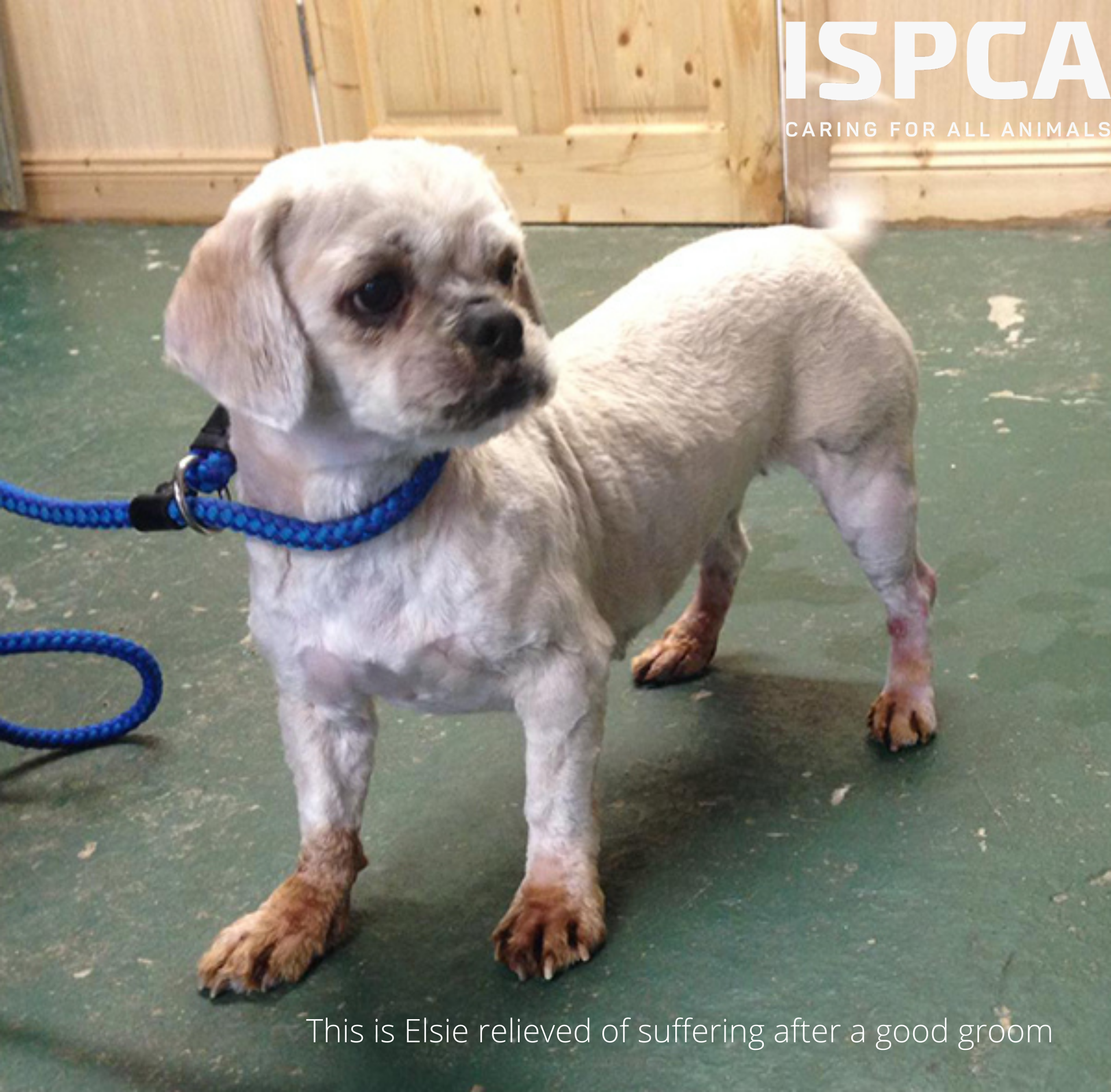 Ben and Elsie are undergoing veterinary treatment and will require extensive dental work but they are both doing well in ISPCA care and are expected to make full recoveries.

If you can help contribute towards the care that an abused animal needs to survive, recover and thrive after unspeakable abuse like this, please visit our website www.ispca.ie/donate/ to make a life-saving donation today. 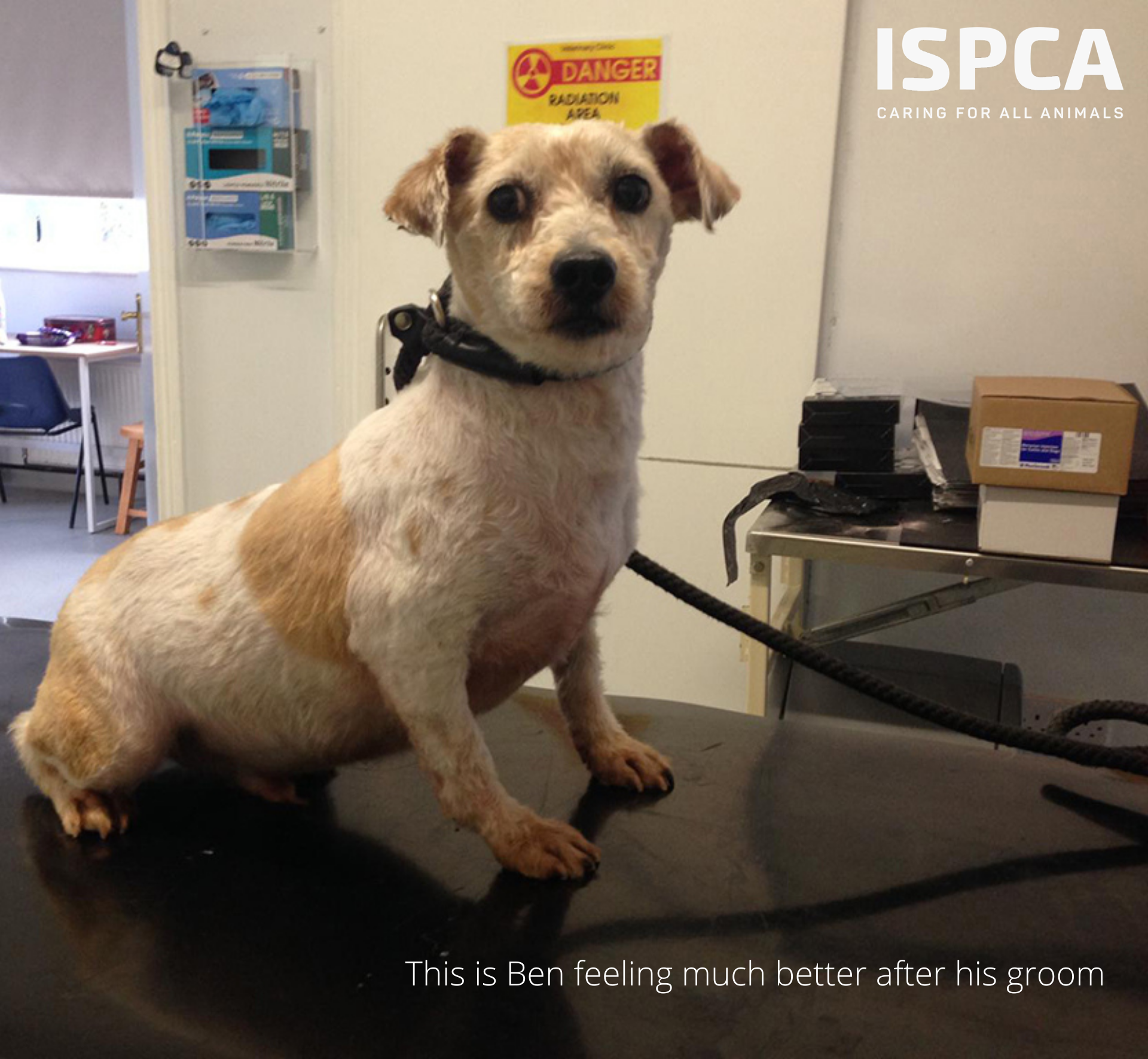 The ISPCA has nine Animal Welfare Inspectors who are authorised officers under the Animal Health and Welfare Act 2013 (AHWA), covering 17 counties responding to allegations of cruelty, neglect and abuse, and also aid sick and injured animals. While the majority of allegations investigated by ISPCA Inspectors are dealt with by means of advice or instruction, if the situation warrants stronger action, formal warnings or the seizure of animals is taken and prosecutions are initiated.

If you suspect animal cruelty, abuse or neglect to an animal, please contact the ISPCA National Animal Cruelty Helpline on 1890 515 515, report online in confidence here