ISPCA issues an urgent plea for support as reports of animal cruelty are at an all-time high!

86,549 calls for help made to the ISPCA National Animal Cruelty Helpline

The Irish Society for the Prevention of Cruelty to Animals (ISPCA) has today launched its annual Inspectorate Report highlighting the increased number of animal cruelty reports received by the charity, with 17,338 calls for help recorded last year.  A total of 86,549 calls have been received by the ISPCA National Animal Cruelty Helpline since 2014, the year in which the Animal Health and Welfare Act 2013 (AHWA) was introduced. 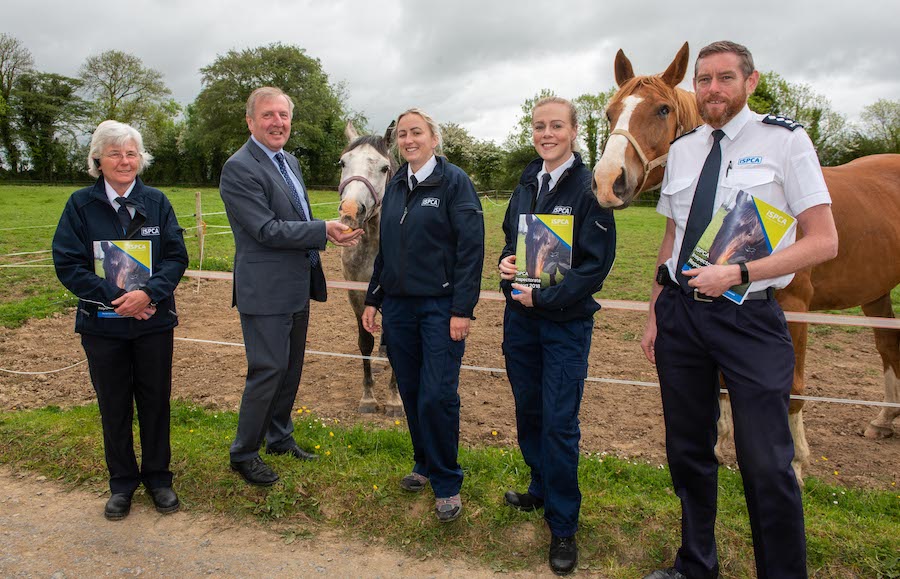 The report outlines the 18 prosecutions with which ISPCA Inspectors were involved that were resolved in the courts in 2018.  ISPCA Animal Welfare Inspectors carried out 3,494 investigations with 1,102 animals seized or surrendered and taken into ISPCA care.

Since the AHWA came into force only five years ago, the ISPCA Helpline has handled 86,549 calls: 17,832 investigations have been carried out by ISPCA Inspectors; with 5,147 animals seized/surrendered, and ISPCA Inspectors have been involved with 64 prosecutions for animal cruelty which have been successfully resolved in court.

Whilst the ISPCA has been disappointed with the penalties imposed in some cases, we recently saw a three year prison term handed down to a man who pleaded guilty last October to 30 charges of animal cruelty.   This case was the biggest in the ISPCA’s history and involved the removal of 340 dogs and 11 horses. 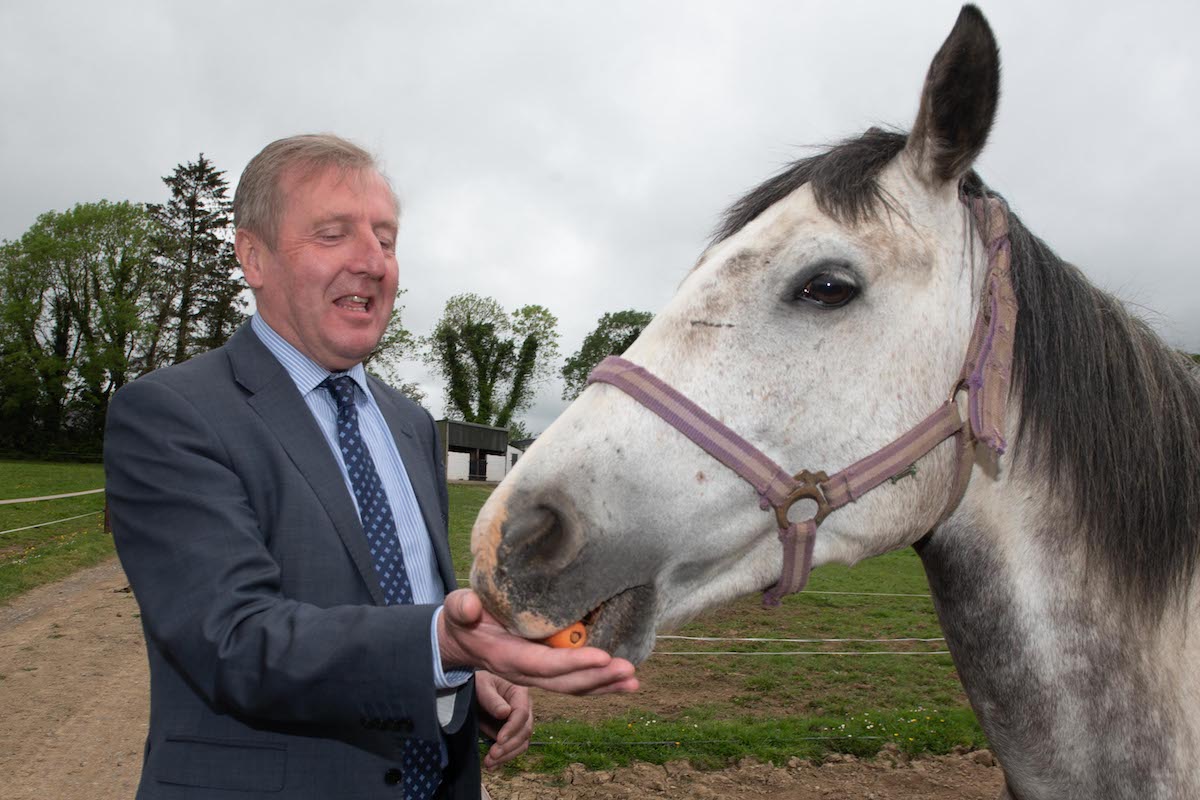 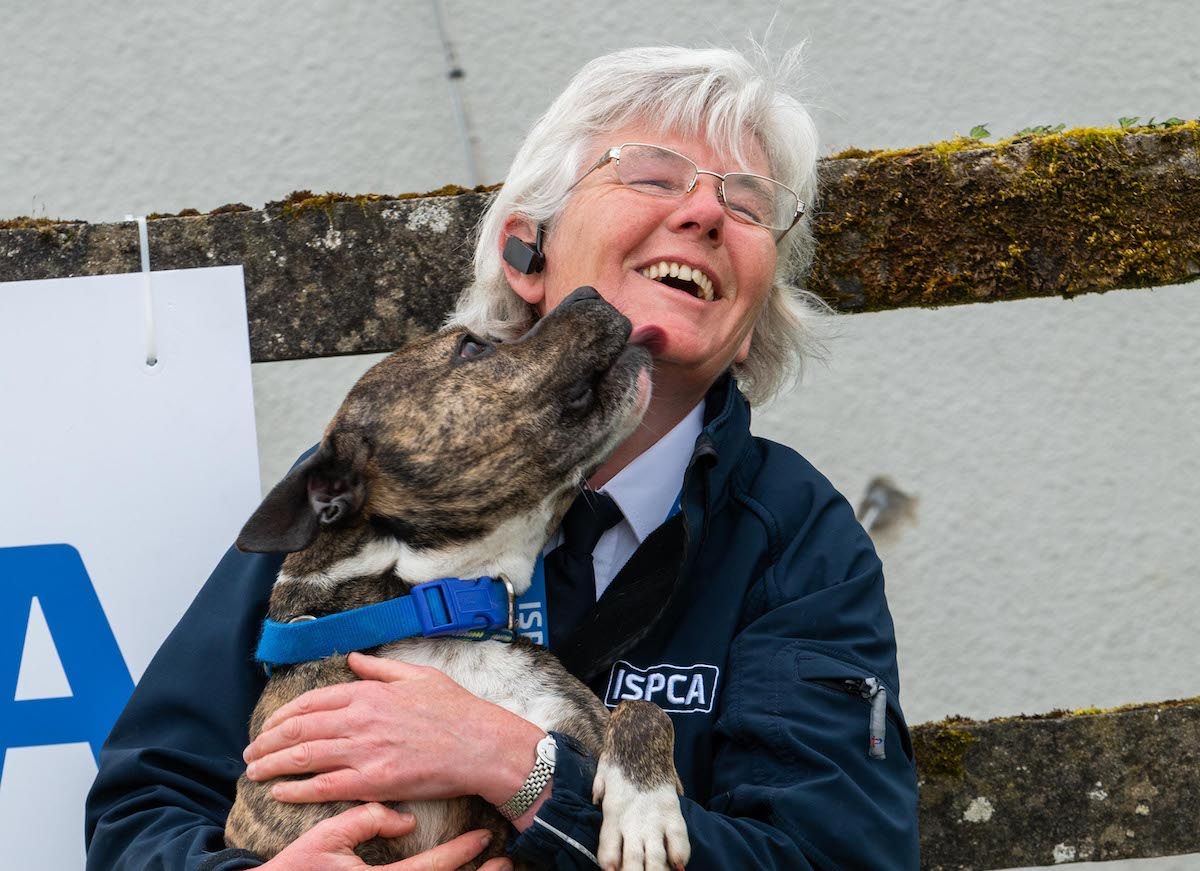 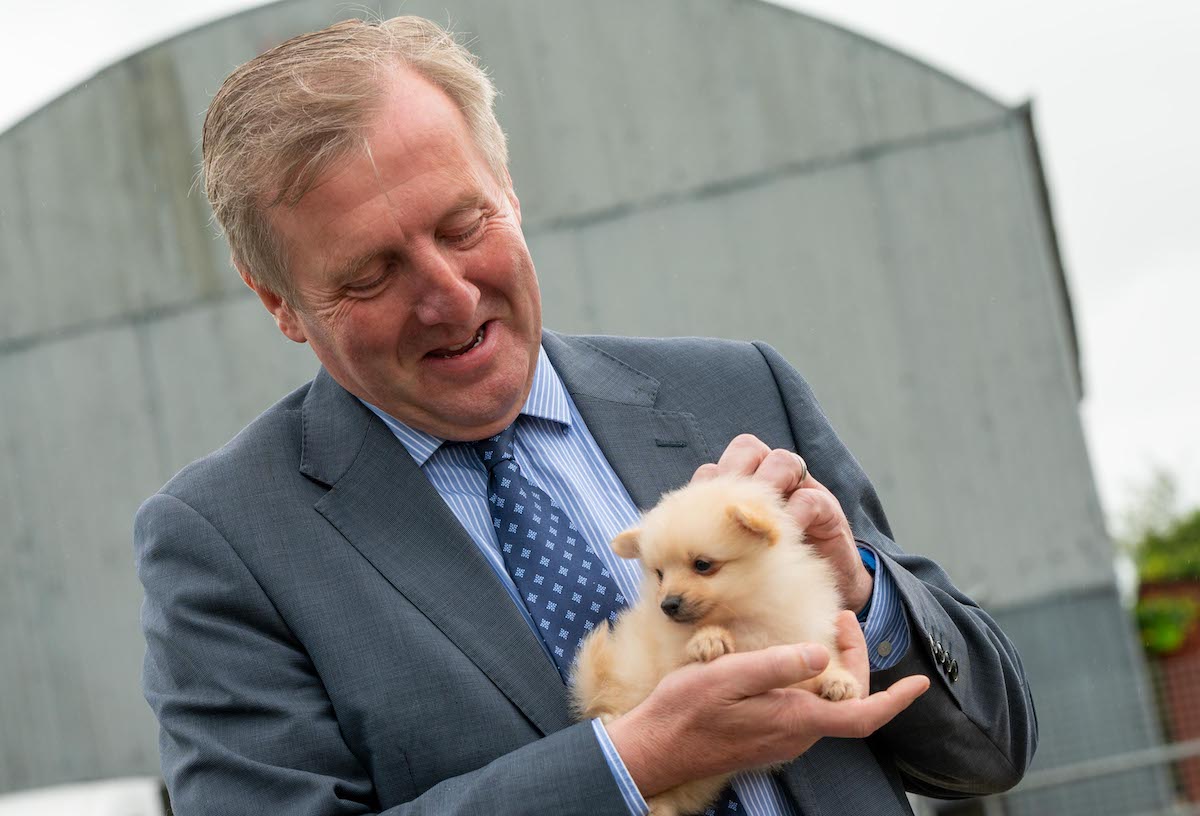 ISPCA Chief Inspector Conor Dowling said:  “This particular case highlighted in the report was almost four years coming to a conclusion.  Even though it was so long ago the events of that week are still fresh in the memories of all those who witnessed those scenes.  Never in my 20 years’ service have I seen such extreme suffering on such a scale.  We discovered a number of dead animals scattered around the property, some of which had been used to feed the dogs.  It was just harrowing.  Although there was an appeal against the severity of the sentence it was dismissed by the Court of Appeal and the original sentence was upheld. The ISPCA felt that this outcome was appropriate.”

The prosecutions highlighted in the report illustrate the impact that ISPCA Inspectors are having but so much more could be done if the ISPCA had sufficient resources. The ISPCA is therefore appealing to the Irish Government and the public for more funding to help fight animal cruelty enabling the ISPCA to reach the counties not currently covered. It costs approximately €50,000 to keep an ISPCA Inspector on the road including vehicle costs, veterinary costs, uniform and equipment, administrative support and salary. With the majority of ISPCA funding received from members of the public and through gifts in wills, the ISPCA relies heavily on public support to continue our work preventing animal cruelty and alleviating animal suffering. 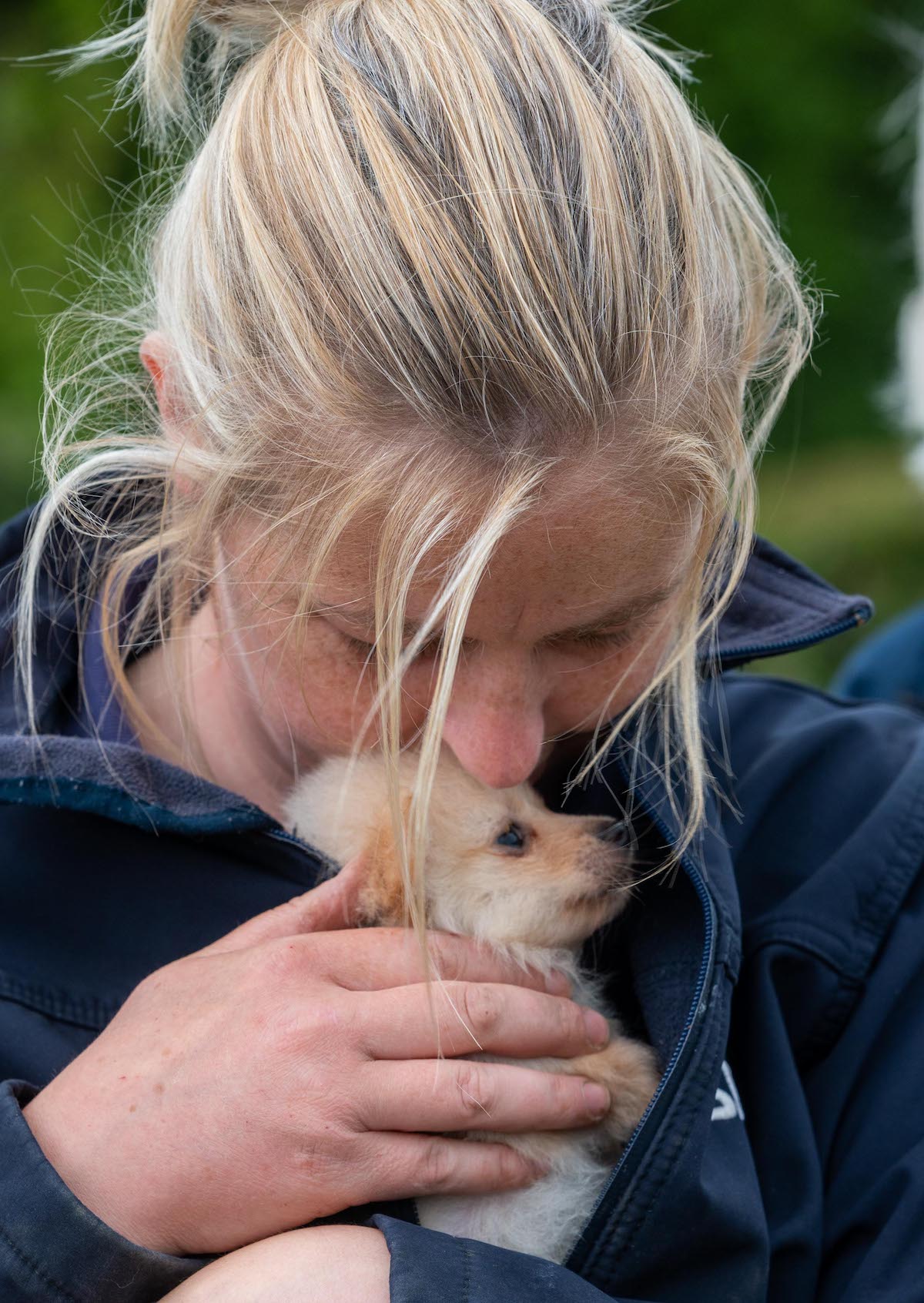 Minister of Agriculture, Food and the Marine Michael Creed said:  “My Department is pleased to continue its’ support for the work of the ISPCA which being the nation’s largest non-governmental animal welfare organisation means they are at the forefront of animal welfare. The cases highlighted in this report outline the remarkable, and often difficult, work being carried out by the ISPCA team. I would encourage members of the public to continue to report suspected animal cruelty concerns to either the ISPCA Helpline or to the helpline operated by my Department so that those responsible for animal cruelty can be held accountable under the law. We look forward to continued engagement with the ISPCA to ensure that all animals are fully protected and those responsible for neglecting, abusing or cruelly treating animals are dealt with robustly.” 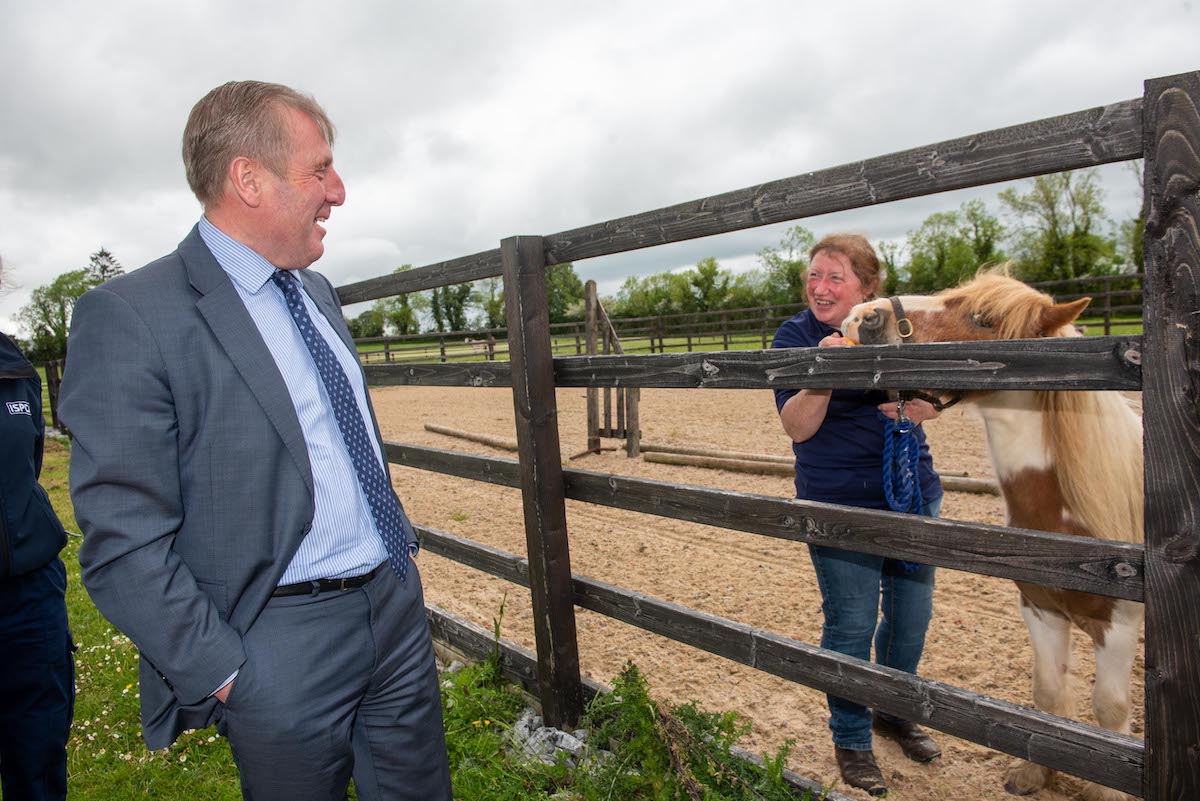 Chief Inspector Dowling continued: “We have never been busier or under so much pressure and our resources are dangerously stretched. There are many areas in Ireland we are currently unable to reach so we need to expand our Inspectorate (currently at nine members).   But we must also develop our animal accommodation facilities to enable us to take in the volume of vulnerable animals that our Inspectors may wish to remove from sub-standard situations. We often have to use private boarding kennels when our three rescue centres are full to capacity and there is a list of animals waiting to be transported to our centres once space becomes available. This is not sustainable. The cases highlighted in the report represent some of the horrific cases of animal cruelty and distressing situations ISPCA Inspectors face during the course of their work on a regular basis.  We can do more if we have the resources and we are appealing to the Irish Government and the animal loving public to help us continue this vital work caring for Ireland’s most cruelly treated, neglected and abused animals.” 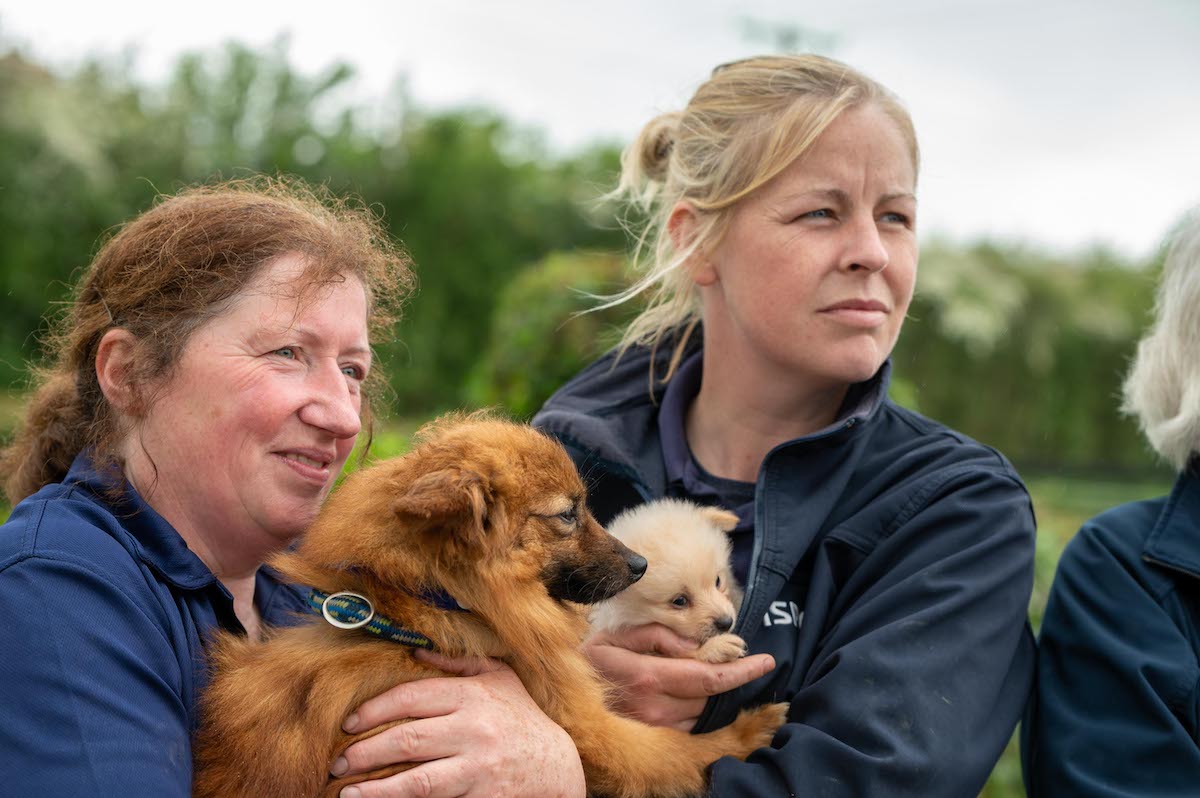 The ISPCA is issuing an urgent appeal asking the public to make a donation to help the most vulnerable animals.  Please visit the ISPCA’s secure website to donate online today https://www.ispca.ie/donate/once_off.

ISPCA Inspectors became authorised officers in 2014 after the Animal Health and Welfare Act 2013 (AHWA) was introduced and since then have used their statutory powers effectively to deal with animal neglect, cruelty and abuse. Although we would like to see stronger penalties for animal cruelty to act as a deterrent, we would like to get the message across that all animal owners and anyone who looks after animals have a legal obligation to provide them with their welfare needs. Failure to do so will result in them being held to account. The ISPCA will not tolerate animal cruelty and will do all that we can to stamp it out in Ireland.

The Equine Rescue Centre is dedicated to the memory of the late Victor Dowling, veterinary surgeon and committed animal lover who remembered the ISPCA in his will. The property was developed by the ISPCA and the Equine Rescue Centre was opened in June 2007 as a direct result of his legacy gift. The Centre accommodates animals that have been cruelly treated, neglected and abused in the south of the country where they are treated, rehabilitated and responsibly rehomed.  Leaving a gift in your will to help the ISPCA means that your legacy lives on, long after you’re gone helping the ISPCA maintain and expand our services. The ISPCA depend on public donations and gifts in wills to enable us to continue our vital work helping animals that are suffering now.