ISPCA help barn owl chick that had fallen from its nest

ISPCA Animal Welfare Inspector Alice Lacey assisted BirdWatch Ireland (BWI) in Co. Waterford earlier this week in relation to a barn owl chick that had fallen from its nest. 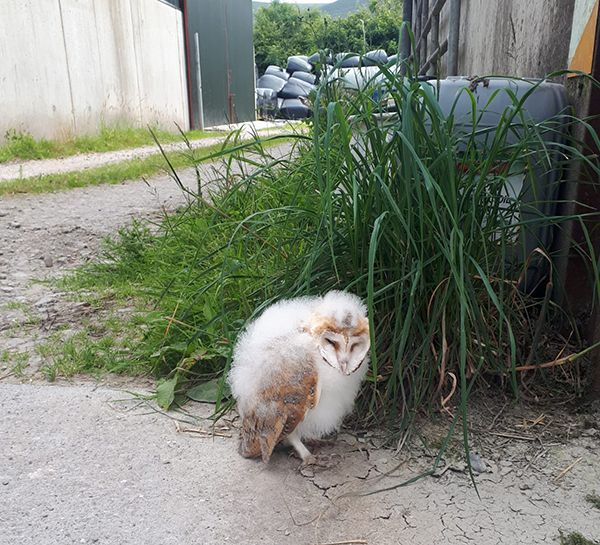 Alan McCarthy, Barn Owl research officer with BirdWatch Ireland secured and checked the chick for any obvious sign of injury. A nest visit was then conducted by BWI under licence from the National Parks and Wildlife Service (NPWS) and the British Trust for Ornithology (BTO). 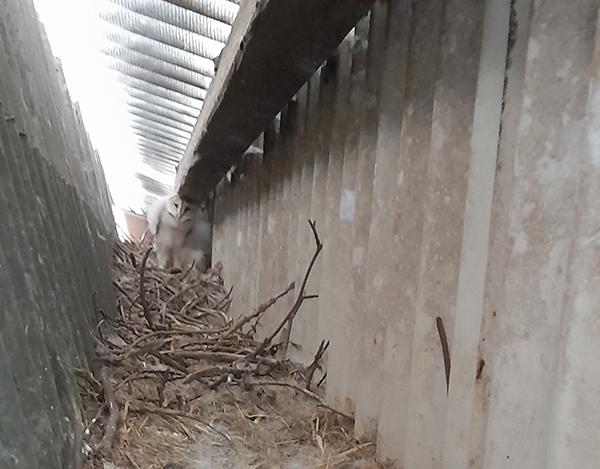 Inspector Lacey said:  “The Barn Owl chicks nest was eventually found hidden within the roof rafters of a local farmers galvanised shed, where three other siblings were discovered.  Although the fallen chick was a little weak, she would not have survived without intervention. She was fully checked and monitored by research officer Alan McCarthy before he felt it was safe to return her to the nest to join her siblings. Before her return all of the chicks were assessed, weighed and measured. The chicks were also ringed by BWI".

"We then began the task of setting up a sturdy timber platform, with a ledge at the opening of the nesting area, to prevent any of the chicks from falling, until they are ready to take flight. This experience as a whole was one I was absolutely delighted and honoured to be a part of. To see the work that BirdWatch Ireland is doing in the conservation of these wonderful animals is amazing”. 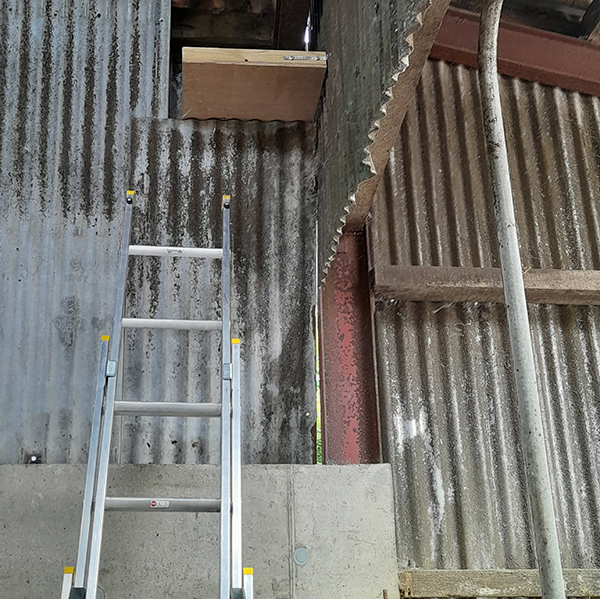 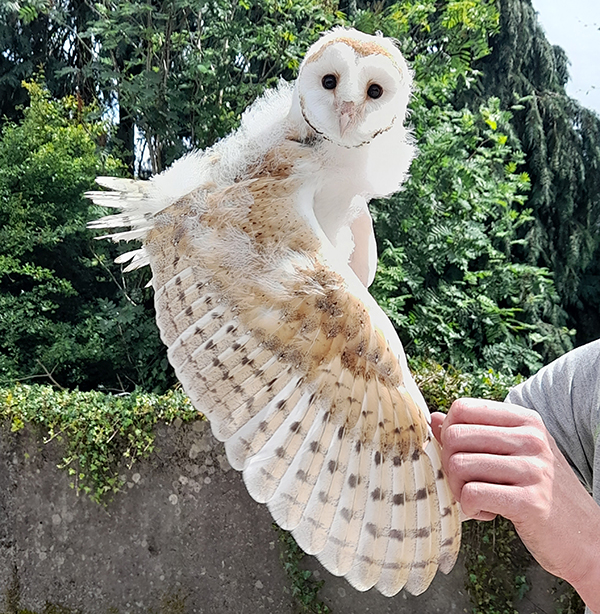 Alan McCarthy added: “We get many reports at this time of year of barn owl chicks that have fallen from their nests. Barn owl chicks are very mobile long before they can fly, which means they often fall from nests and can’t get back. As barn owl chicks will not be fed by the adults once they fall from the nest, it is very important to return them to their nest before they starve or get predated. We were delighted to successfully find this chick’s nest and return it home. We want to give a massive thanks to farmer Tom for his help on the day and for reporting the fallen chick to us. He will install two barn owl nest boxes in the shed over the winter, and this will provide the barn owls with a safe alternative nesting site ahead of next year”. 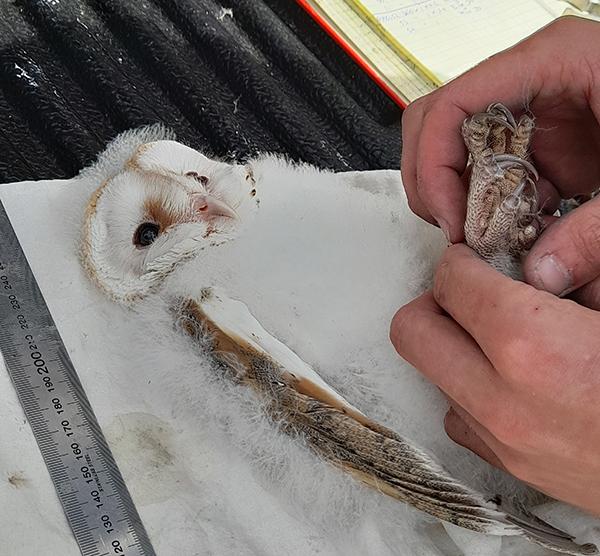 The ISPCA would like to remind members of the public before attempting to pick up any wildlife, to observe from a distance, assess the situation and then call a wildlife expert for advice.  In most cases, wildlife chicks fall out nests and should be left alone however, in certain circumstances, it may be necessary to take further action. Rehabilitation of wildlife casualties requires a licence, a large investment of time along with experience and resources. It is in the animal’s best interest to transfer it to an appropriately trained and equipped wildlife organisation as soon as possible, if this is the action that needs to be taken. 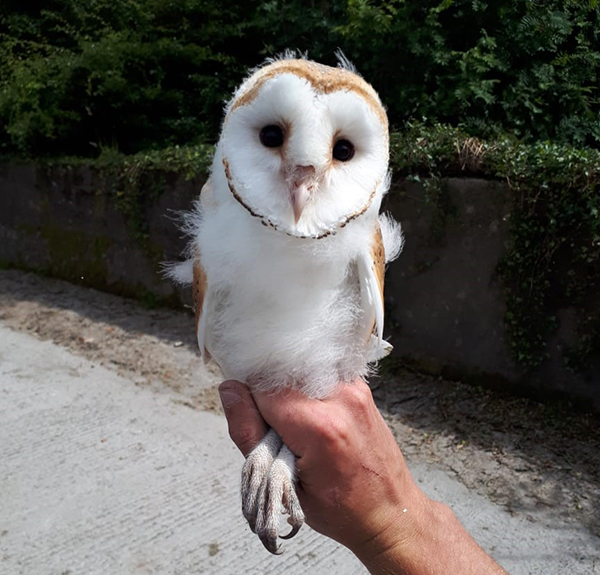