WARNING: IMAGES ARE OF GRAPHIC NATURE AND MAY CAUSE UPSET.

In Dungarvan District Court on Friday 13th May 2022, Judge Brian O’Shea handed down four month custodial sentences to two brothers from Lismore, Co. Waterford, who had pleaded guilty to offences under the Animal Health and Welfare Act (AHWA) 2013.

In addition, both men were disqualified from owning any dogs for life and were ordered to pay costs of €1,330 and €1,979 in veterinary fees. 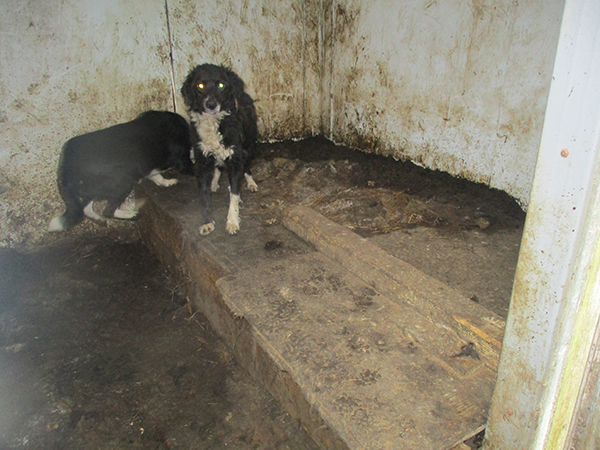 The court heard how ISPCA Animal Welfare Inspector Alice Lacey followed up on a report from the local dog warden regarding the brother's premises in which it was estimated that there could be approximately 20 dogs. However, a thorough inspection of the property, and associated outhouses, sheds and neighbouring fields belonging to the owners, uncovered a total of 56 dogs in varying stages of neglect. 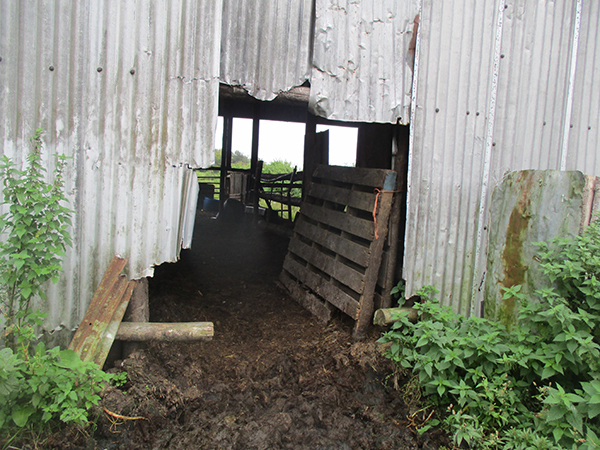 Inspector Lacey told the court how dogs had been allowed to continuously breed and multiply on the property and that they were living in horrendous conditions both in the dwelling house and in sheds. She described a lack of natural light and little ventilation where most of the dogs were being housed, as well as a build-up of faeces and an overpowering stench of ammonia. Additionally, most of the dogs did not have access to water. 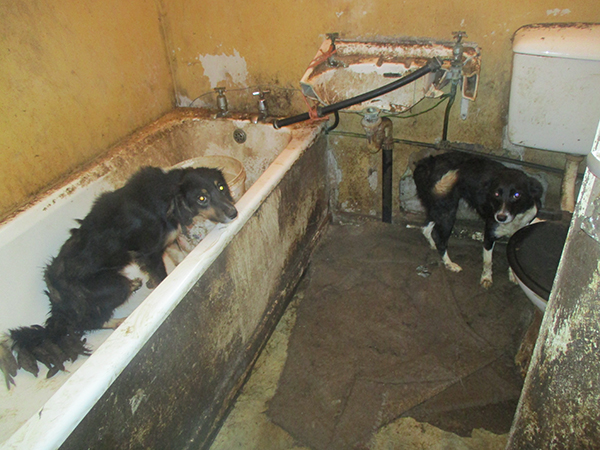 Inspector Lacey further described how, in addition to the living conditions, dogs were suffering from a range of health issues including untreated skin conditions, malnourishment, bite wounds and matted coats which were caked in faeces and urine. A number of the dogs were also blind which it was believed was as a result of inbreeding. 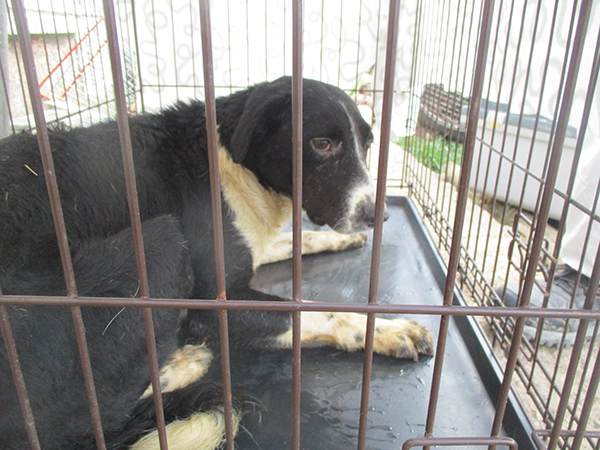 Inspector Lacey added how there were so many unwanted dogs being born on the property that they were destined for a life of little human interaction, socialisation and care. The result was that most of the dogs were almost feral and terrified of human contact.

When asked her opinion on the severity of the case, Inspector Lacey said that was among the worst that she had encountered. 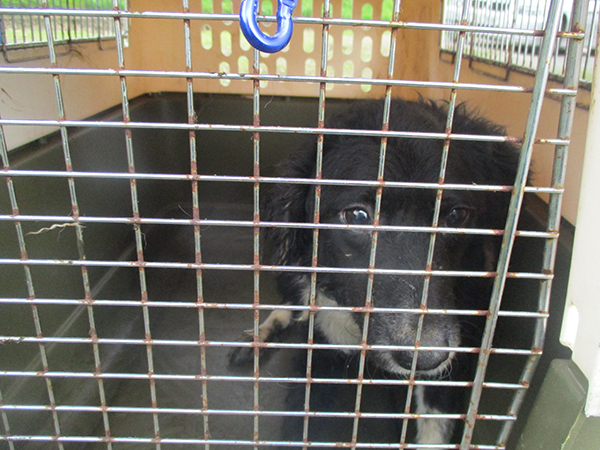 On passing sentence Judge O’Shea commended the work of the ISPCA and Inspector Lacey. He said that the case was “at the upper end of the range of gravity” and “undoubtedly the worst case of animal abuse” that he had seen. He added: “It never seeks to amaze me how bad these cases can get. You see one bad case and think it can’t get worse, but it does”.

Neil Twomey, Solicitor for the accused indicated to the Court that they were two elderly reclusive men living in appalling conditions.  He said that the brothers did not have any Medical or Psychological Reports or anything of that nature. 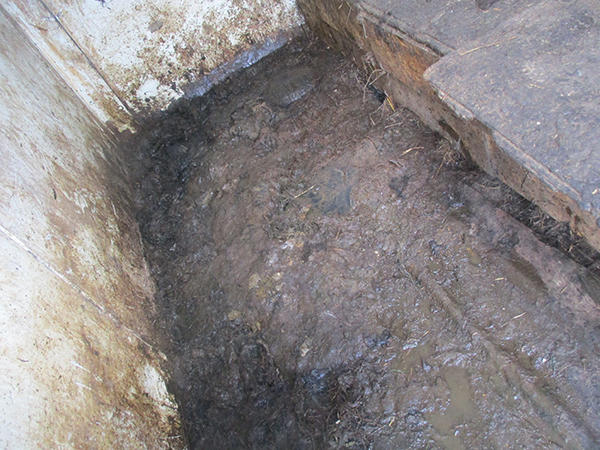 Alice said:  “This was an extremely challenging and distressing case to deal with in terms of the number of dogs and the severity of their suffering. The smell was indescribable and the living conditions were horrendous. It is so very difficult to comprehend how anyone could let a situation get so out of hand and let so many animals suffer. The majority of dogs were not used to being outside in fresh air, and shuddered at any sign of human touch. This welfare case held a place in my mind long after the last dog was removed and it still does to this day. As I recounted in court the events of those days in September and October 2020 both through witness testimony and a description through photographs, it reignited that feeling of sheer despondency my colleagues and I had felt at that time as we lifted one dog after another into our vans.  Despite what we had experienced – just a snippet of the dogs lives before intervention and rescue, it was miniscule compared to what I believe, was an existence of desperation and hopelessness for these animals. Unfortunately, they were completely powerless with regard to their upbringing and the result of that came in the form of one of the most tragic and upsetting cases of animal cruelty I have ever come across, in my time as an Animal Welfare Inspector”. 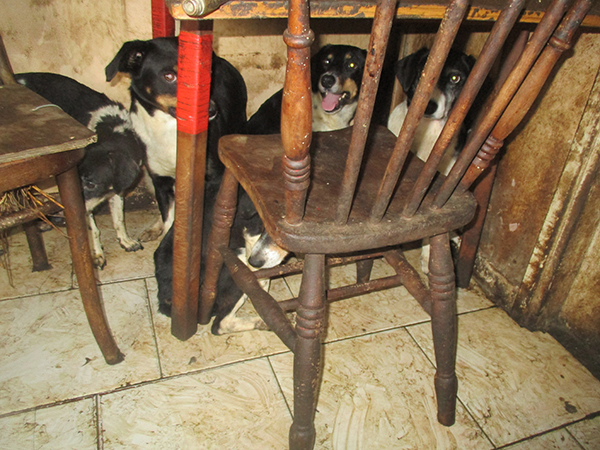 Tragically, due to the severity of their physical and psychological states, a significant number of the dogs were euthanised to end their suffering. For many of those dogs any effort to treat them just caused more anxiety and distress.  But the majority were successfully rehabilitated after spending considerable lengths of time in ISPCA care, recovering from their physical and mental scars. They have now gone on to loving new homes. 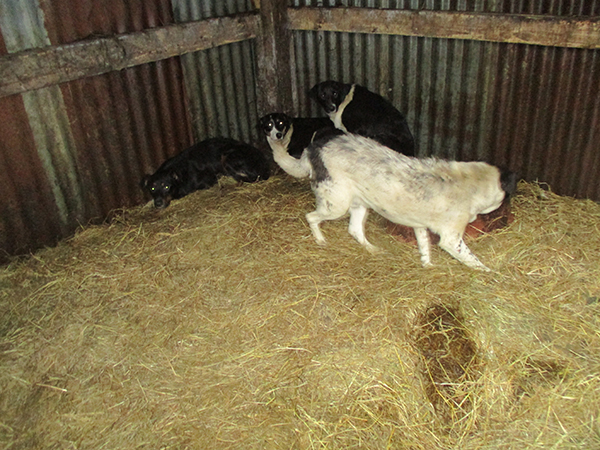 Thanks to the collaboration with the Local Authority and to our affiliated member Waterford SPCA for their vital logistical support which means, the ISPCA is able to continue to operate effectively in the Waterford area. 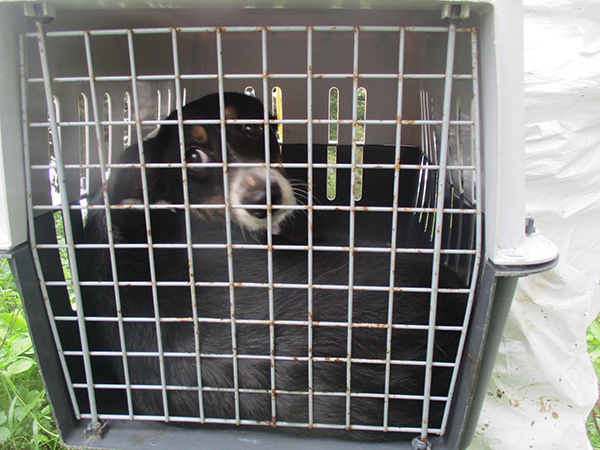 The ISPCA encourages members of the public to continue to report any animal welfare concerns to the ISPCA’s National Animal Cruelty Helpline in confidence on 0818 515 515, email helpline@ispca.ie or report online here. Together we can prevent cruelty to all animals.

If you would like to support the ISPCA, please if you can, make a kind donation to support our work here.