The ISPCA admitted six donkeys and two ponies into its care recently, the second large equine rescue in Co. Donegal in a matter of weeks. 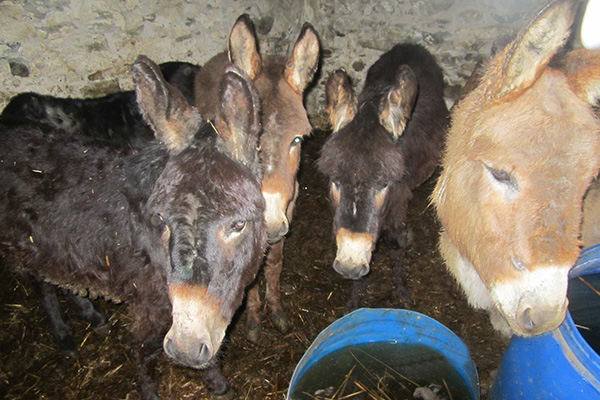 The equines were seized as a result of a joint operation involving ISPCA Senior Inspector Kevin McGinley working with a Department of Agriculture Food and the Marine official, and also assisted by local Gardaí. 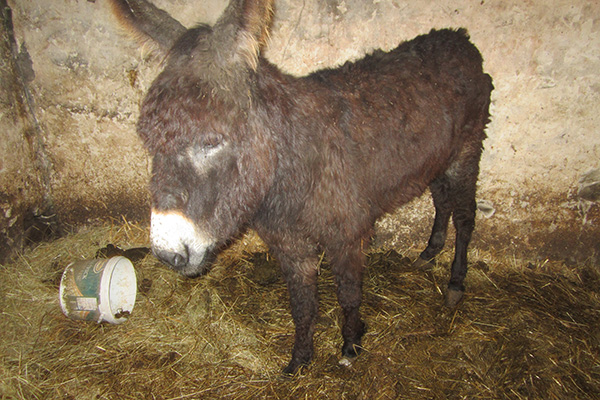 The animals were discovered living in sheds.  The living conditions inside were so bad that the animals had nowhere clean to lay down, only on contaminated bedding, and they had no feed available to them. 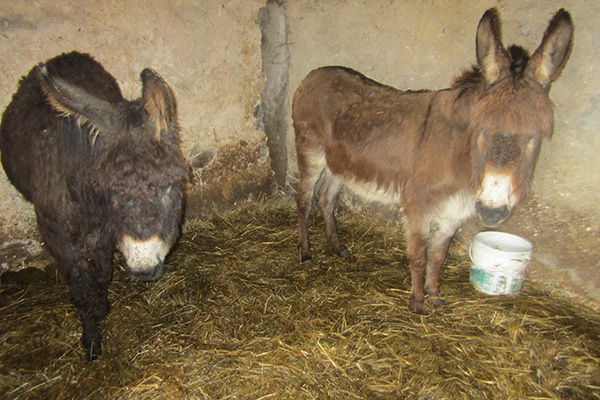 When examined by a vet, the animals were found to be in poor condition. Some of the donkeys were thin and had caked in faeces on their coats, and some also were infested with lice. The hooves of some of the donkeys had been badly pared, resulting in lameness and discomfort as they tried to walk. 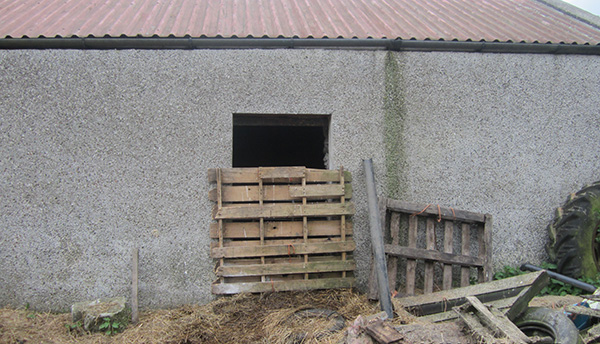 All equines were scanned for a microchip but none of them were identifiable as is a legal requirement.  They were seized under the European Union (Identification of Equidae) Regulations and transported to ISPCA rescue centres for care and rehabilitation as investigations continue. Since no identification documents were produced the animals will be available for rehoming when they are fully recovered. 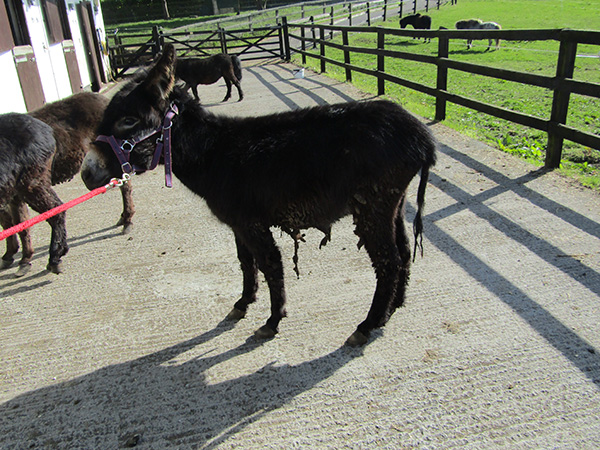 ISPCA Senior Inspector Kevin McGinley said:  “It’s tragic that these animals had absolutely no quality of life. It appeared to me that the feet of the donkeys had been neglected for some time and that somebody had cut the hooves prior to the ISPCA visiting. It was a hack-job and clearly not done by a competent person. Farrier care is a specialised skill and should not be attempted by anyone without appropriate training”. 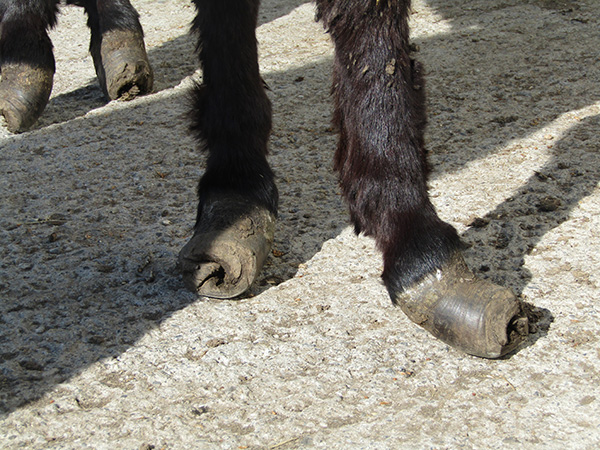 Our dedicated animal care team are very concerned about one of the donkeys and he is being closely monitored as we wait on test results.  We see a small sign of improvement however he has a very long way to go so we have to take one day at a time, hoping he has the strength to make a full recovery. 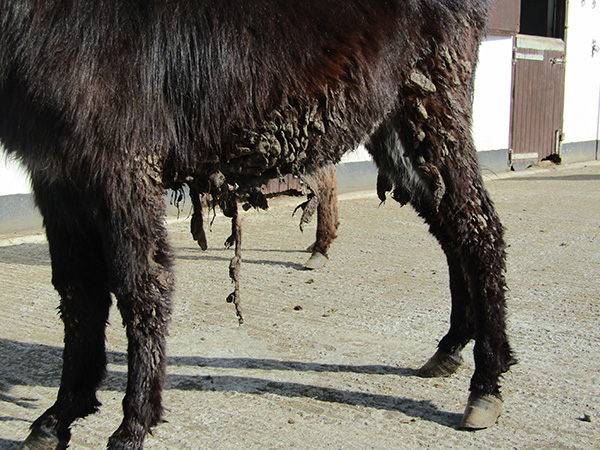 The equines will remain in ISPCA care along with many other animals until they have fully recovered and we will then go about finding them new homes, where they will be loved and cared for, for the rest of their lives. 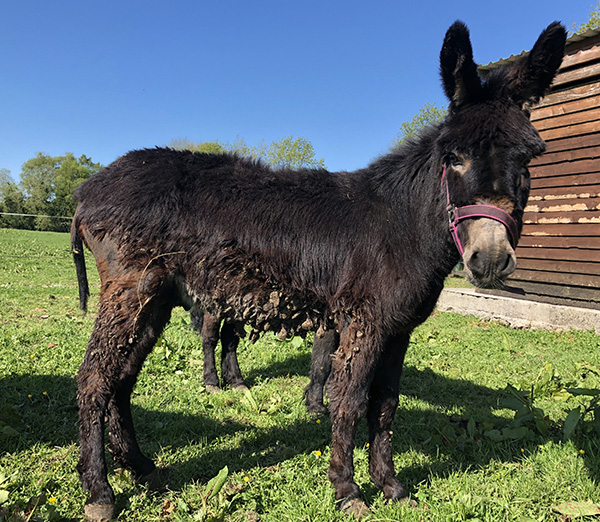 If you suspect that an animal is suffering from abuse, cruelty or neglect, please report your concerns in confidence on 1890 515 515, email helpline@ispca.ie or report online here.

The ISPCA relies on public donations to continue our vital work rescuing, rehabilitating and responsibly rehoming hundreds of vulnerable animals that desperately need our help. 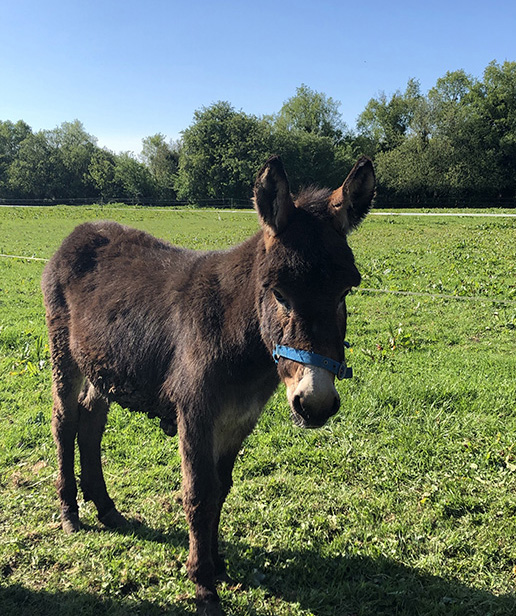 If you can, please donate online at www.ispca.ie/donate. Thank you so much.