The court heard that there was a plea forthcoming in relation to six sample offences and that an order under section 61 of the Animal Health and Welfare Act preventing the woman from keeping or caring for domestic animals would not be contested.

Judge Desmond Zaidan requested the full facts and Ann Cooke from Kildare Animal Foundation (KAF) who was present on 15th July 2019 gave evidence. Ms. Cooke described entering the woman’s home along with Gardaí and finding a number of dogs in cat carriers stacked on top of one another. She said that they were underweight, soaked in urine, without water and that some were dehydrated. 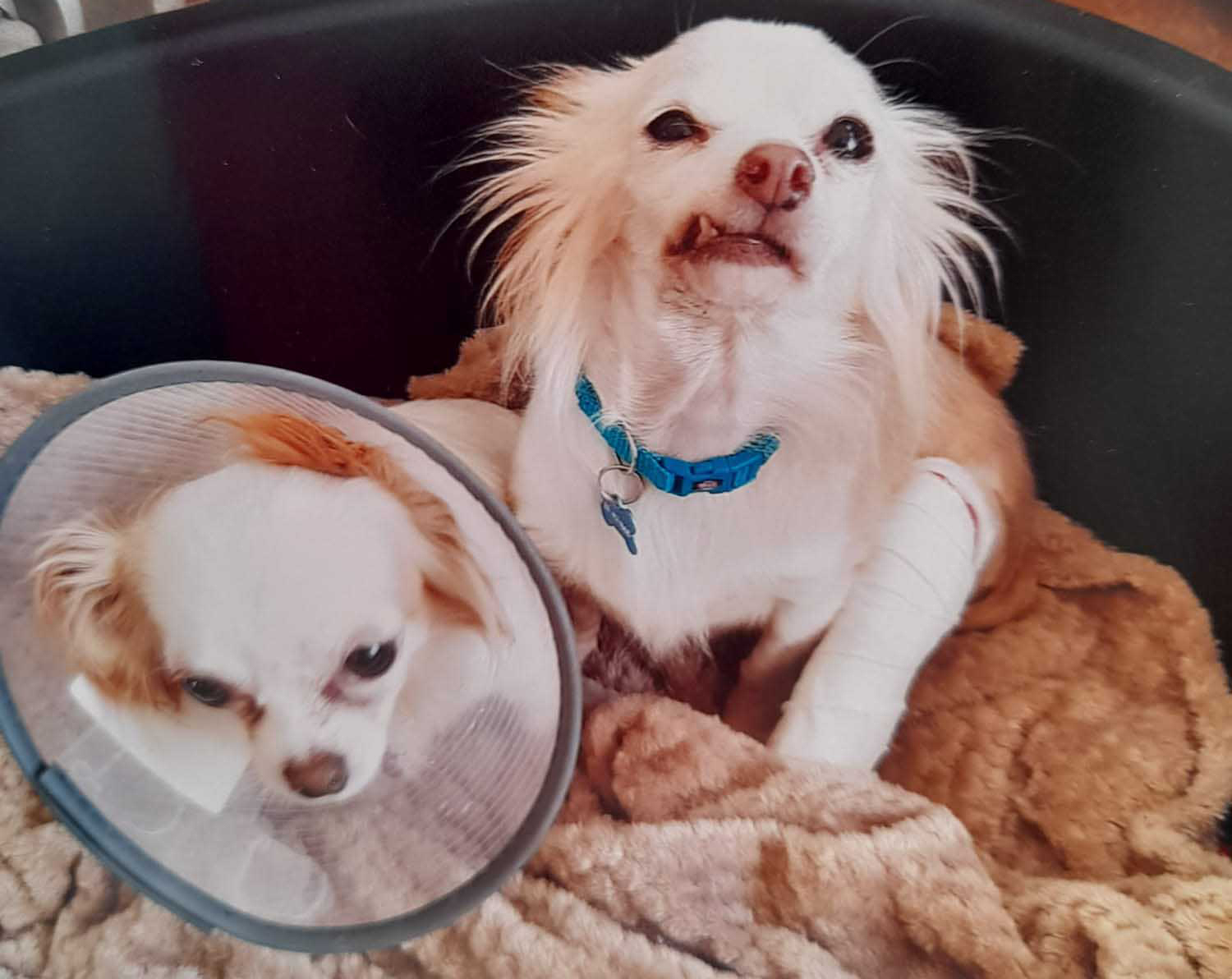 Recounting the condition of individual dogs, she described a Chihuahua with a broken jaw that had to be wired and which a vet estimated had been broken for four to five months. She also described another Chihuahua with a broken hip, a matted Shih-Tzu with a mammary growth, four Pomeranians with diarrhea, and a Pug that required surgery for breathing problems aggravated by the stench of urine in the environment where it was kept. Ms. Cooke said she was told by the accused that an emaciated Jack Russell lived on rats that he caught. Outside the house was a Rottweiler confined on a tangled chain that was so scared it had to be pulled out of its small shelter.  It had only green slimy water to drink. Ms. Cooke told the court that the accused claimed to keep the dogs for protection and, when Ms. Cooke suggested a personal alarm as an alternative, the accused asked who would pay for that. In addition to the dogs, a collapsed and dehydrated cat was found in the yard. It required two weeks of treatment on an IV drip after its rescue. Ms. Cooke told the court that all of these animals were surrendered to the ISPCA and removed. All animals recovered fully and were rehomed by the ISPCA and KAF. The court heard that the cost of rehabilitation for the two Chihuahuas alone was in excess of €5,000. 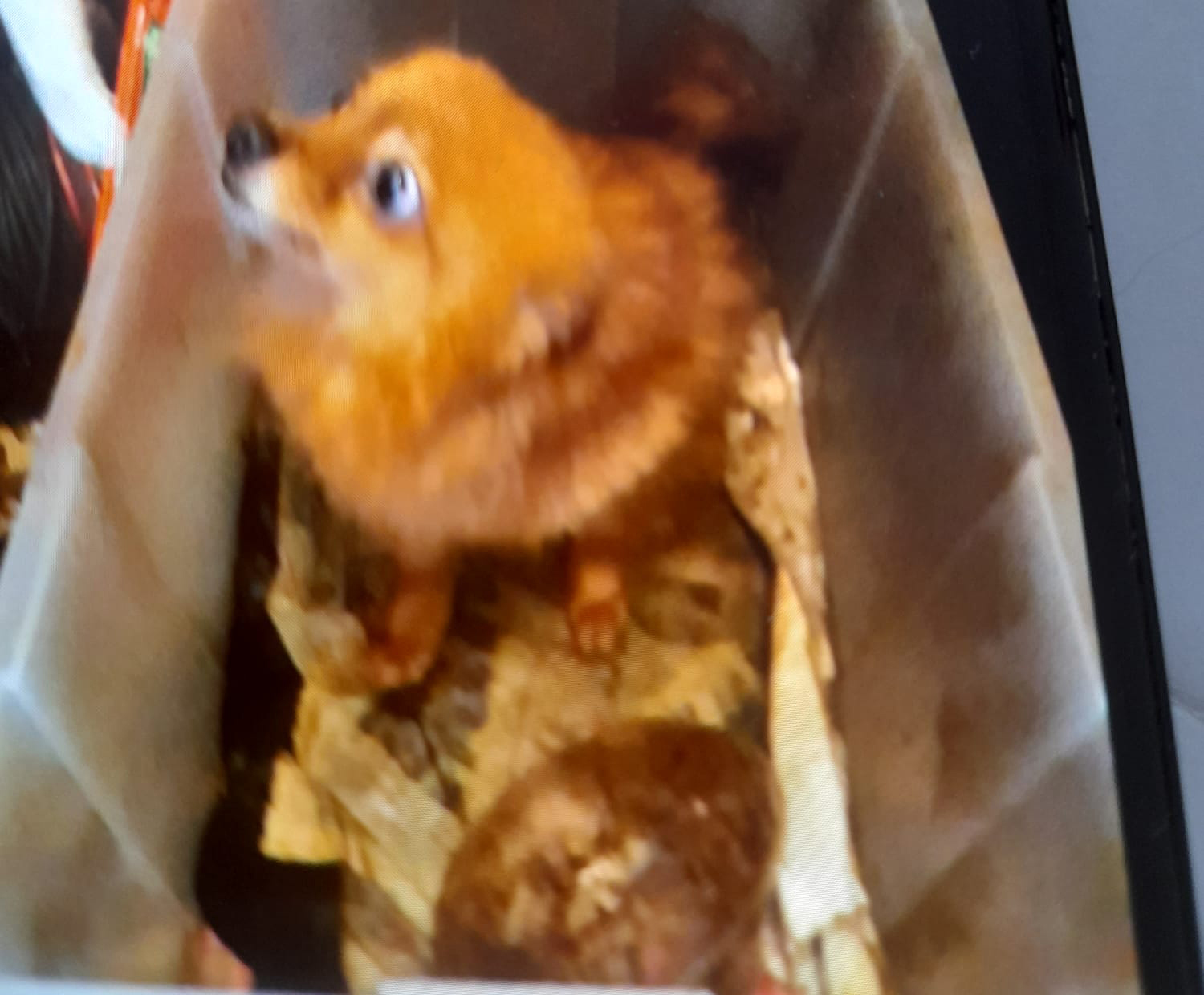 Looking at photographs of the animals and the conditions in which they were found, Judge Zaidan said that it was “appalling” and “hard to imagine the state and the smell”. He added that “you can see the fright in their faces” and paid credit to KAF and the ISPCA saying “at least they all survived”.

Judge Zaidan told the accused that “age does not mean you can stay out of prison” adding that a custodial sentence was “a realistic possibility”.

Richard Wickstead BL, representing the accused, questioned Ms. Cooke on whether she could be certain that the dogs were confined in the small boxes and carriers at all times. He referenced the faeces on the floor of the house as well as in the boxes and suggested that the accused did let them out but confined them to stop them fighting. Ms. Cooke stated that all of the dogs got on well while in foster.

An application for an order under section 61 of the Animal Health and Welfare Act preventing the accused from keeping or caring for domestic animals, including but not limited to, any dog, cat, horse, pony, donkey or fowl was not contested by the defence but Judge Zaidan questioned why it did not apply to all animals.

Mr. Wickstead suggested that the accused owned 30 sheep and 22 cattle but was not directly responsible for their care. He said that there were two dogs on the accused’s premises but that she consented to them being removed by the ISPCA immediately after the hearing. He also requested a reporting restriction on the accused name being published but Judge Zaidan did not accede to the request. 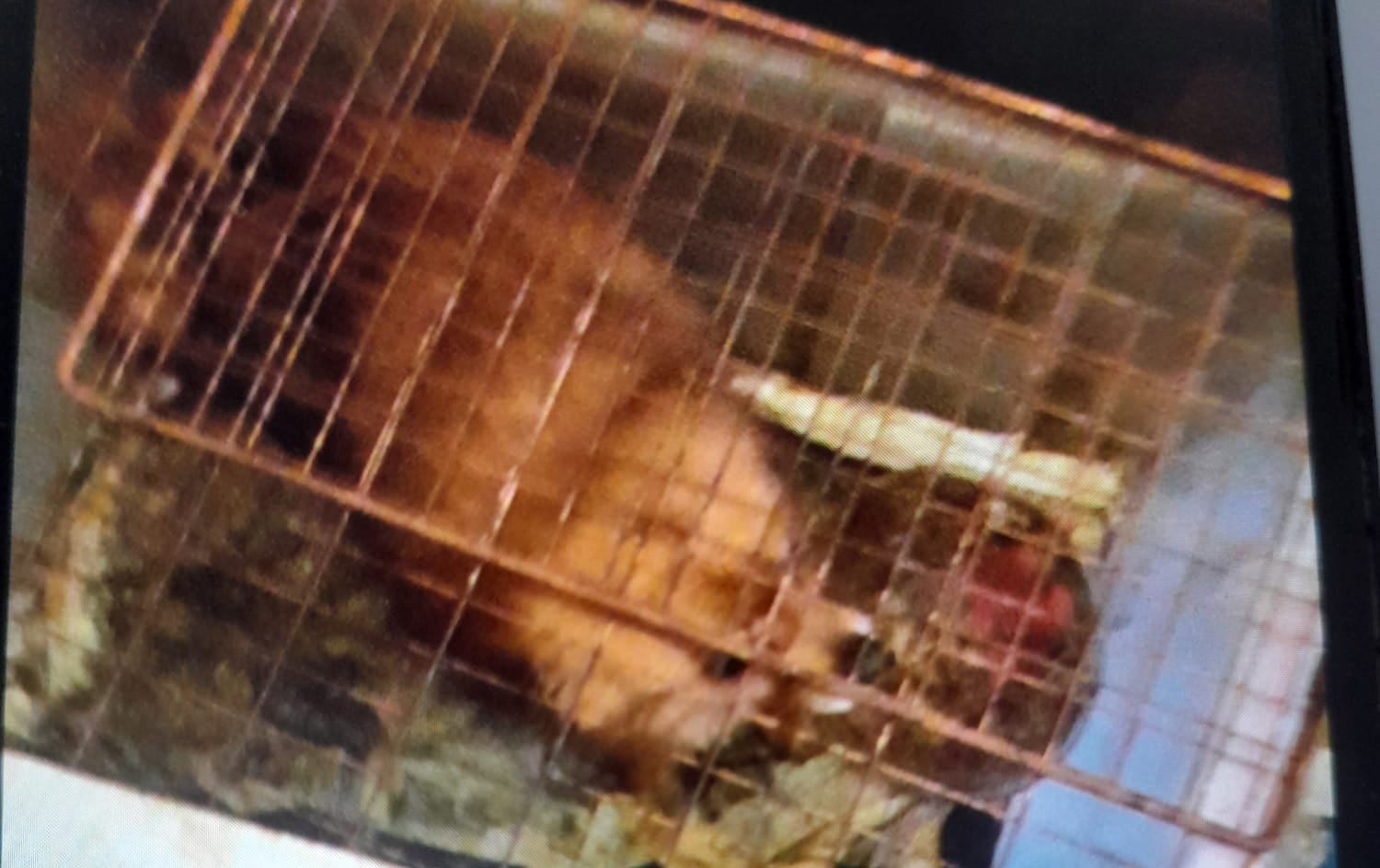 In adjourning the matter to 8th February 2022 for sentencing, Judge Zaidan said that he was making “no promises whatsoever” with regard to what penalties might be applied. He indicated that, if it was left to the discretion of the court, he would have banned the accused for life from keeping all animals.

In relation to the animals involved he added “their every breath was dependent on her looking after them. She failed miserably”.

ISPCA Inspector Fiona Conlon, who was in attendance at the time of the removal of the animals, commented: “Regardless of age, all animal owners have a legal duty of care. There was no valid explanation for accumulating so many dogs and no excuse for the manner in which they were cared for. The ISPCA welcomes the court order which gives us the ability to act to ensure that domestic animals are not neglected in the care of this woman in the future”.

The ISPCA encourages members of the public to continue to report any animal welfare concerns to the National Animal Cruelty Helpline online here or by calling 0818 515 515 or by emailing us at helpline@ispca.ie. Thank you.