ISPCA Inspector Elaine Reynolds responded to a call on Monday 23rd of September in relation to a cat that was allegedly kicked by children in the Grange area of Mullingar, Co. Westmeath.

On Inspector Reynolds’ arrival there was no trace of the children but the cat was discovered limping due to a leg injury sustained and is currently in veterinary care. 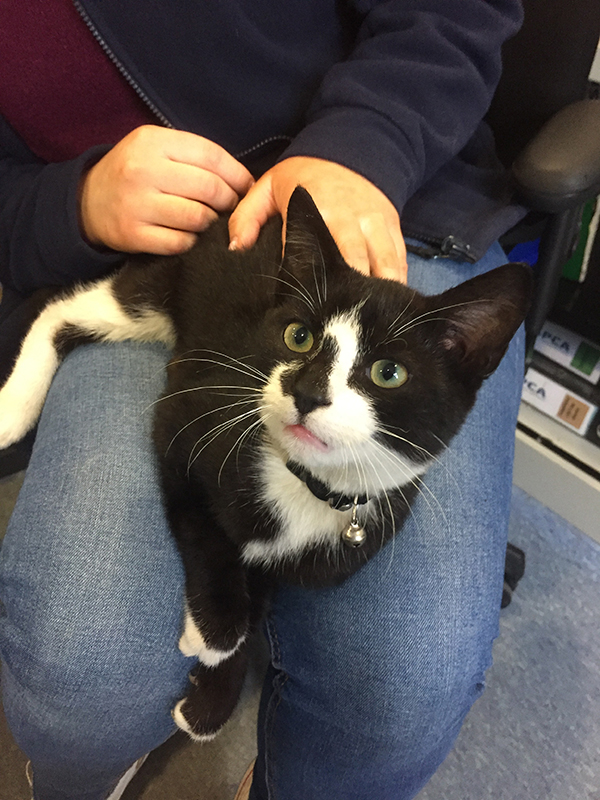 Inspector Reynolds said:  “The lack of empathy by the children who were seen kicking the cat is very worrying and this highlights the necessity for animal welfare to be included in the curriculum for all schools in order to ensure better animal welfare standards in Ireland in the future. Parents should also be instilling these values in their children at home”.

The cat, later called Laurence is no more than one year old and is likely someone’s pet.  He is neutered and wearing a collar and the ISPCA is currently trying to locate his owner.

Investigations are continuing and anyone with information is asked to contact the ISPCA National Animal Cruelty Helpline on 1890 515 515.

Animal abuse is widely recognised as an indicator crime and is frequently a precursor to violent crime directed at humans. Such behaviour by children can also be indicative of a violent home-life.

Plan a visit to the ISPCA National Animal Centre in Longford to learn more about animal welfare, responsible pet ownership, and meet the rescued animals in our care. To arrange a school trip/tour for your class or school, please email info@ispca.ie or call 043 3325035.