A thought provoking video called #PuppyDotCon was released in 2018 as part of an awareeness campaign, demonstrating how easy it is to be fooled by unscrupulous breeders and it highlights the dangers of buying a pet online.  The ISPCA always encourage adopting a pet from a reputable animal welfare organisation however, IPAAG recognises that more people than ever are looking online when they decide to get a pet.

IPAAG is encouraging members of the public who decide to buy a puppy or other pet online to do their research first by visiting www.ipaag.ie, look out for red flags in online advertisements, and be armed with the information required before making any decision by dowloading the puppy checklist.

If in doubt, walk away!

Thousands of puppies, dogs and other animals are advertised on DoneDeal and other online classified websites in Ireland every month, highlighting the sheer scale of the demand for people opting to purchase a pet online. Being able to sell puppies online makes it very easy for unscrupulous breeders to conceal the substandard and often dangerous conditions their puppies come from.  Animal welfare organisations regularly hear from individuals and families who purchased a pet from an online advertisement only for it to fall sick or even die soon afterward.

Gordon, a father from Dublin, and his family went through such a tragedy after purchasing a puppy from an online advert.

He bought the puppy for his daughter, who is in first year at school.

“My daughter suffers from anxiety,” Gordon said. “We thought having a puppy would help her make friends—sharing photos and videos, bringing it around school to collect her.”

Gordon’s daughter was so excited to get a new puppy when Gordon brought her home. But it only took a day for Gordon to realise something was terribly wrong.

Within two days, the puppy was severely ill. She was lethargic, vomiting and had diarrhoea.

Gordon rushed the puppy to the vet, where it was confirmed she had parvovirus, a viral infection that is often fatal to puppies. The puppy was transferred to the Pet Emergency Hospital at UCD where she was on a drip. But, sadly like many puppies who contract the virus, she didn’t survive.

In Gordon’s tragic case, he was left with a bill over €1,300, a devastated family, and no puppy.

Puppies need to be vaccinated against parvovirus by a vet from 6 weeks of age, before they are old enough to be sold. When Gordon bought his puppy, the breeder gave him a vaccination card for her.

It had a sticker and initials, but it had not been stamped by a vet, indicating the card was fake.

“We also have another older dog, thank god he didn’t get parvo,” said Gordon. “We had to throw out all the new bedding, dog bowls, and toys.”

IPAAG Chairperson and ISPCA CEO Dr Andrew Kelly said: “We always encourage prospective pet owners to consider adopting a pet from a reputable rescue organisation first. However, we do recognise that people will turn to their computers when looking to buy or sell almost anything at the click of a mouse and sadly pets are not exempt from this. This is why we believe the best solution is to engage with online classified sites. DoneDeal are extremely cooperative and do everything they can to adhere to IPAAG’s Minimum Standards and remove advertisements in breach of these standards and that contain animal welfare concerns. We hope anyone looking to get a new pet, particularly a puppy, will visit www.ipaag.ie and read the information there, download our Puppy Checklist and avoid falling victim to unscrupulous breeders.”

IPAAG’s #PuppyDotCon campaign will include a checklist for prospective buyers to help them identify welfare issues in online advertisements, as well as other information to enable potential pet owners to buy a healthy pet with confidence.

Visit www.ipaag.ie for more information, and report any animal welfare concerns to the ISPCA National Animal Cruelty Helpline by visiting https://www.ispca.ie/cruelty_complaint or calling 1890 515 515.

A recent survey carried out by an IT specialist on behalf of IPAAG found over 15,800 advertisements for puppies and dogs were placed on the leading DoneDeal from February to August 2018. During the same period more than 1,700 cats, 9,700 equines, 550 reptiles and over 1,100 small mammals were advertised also on the pet pages. 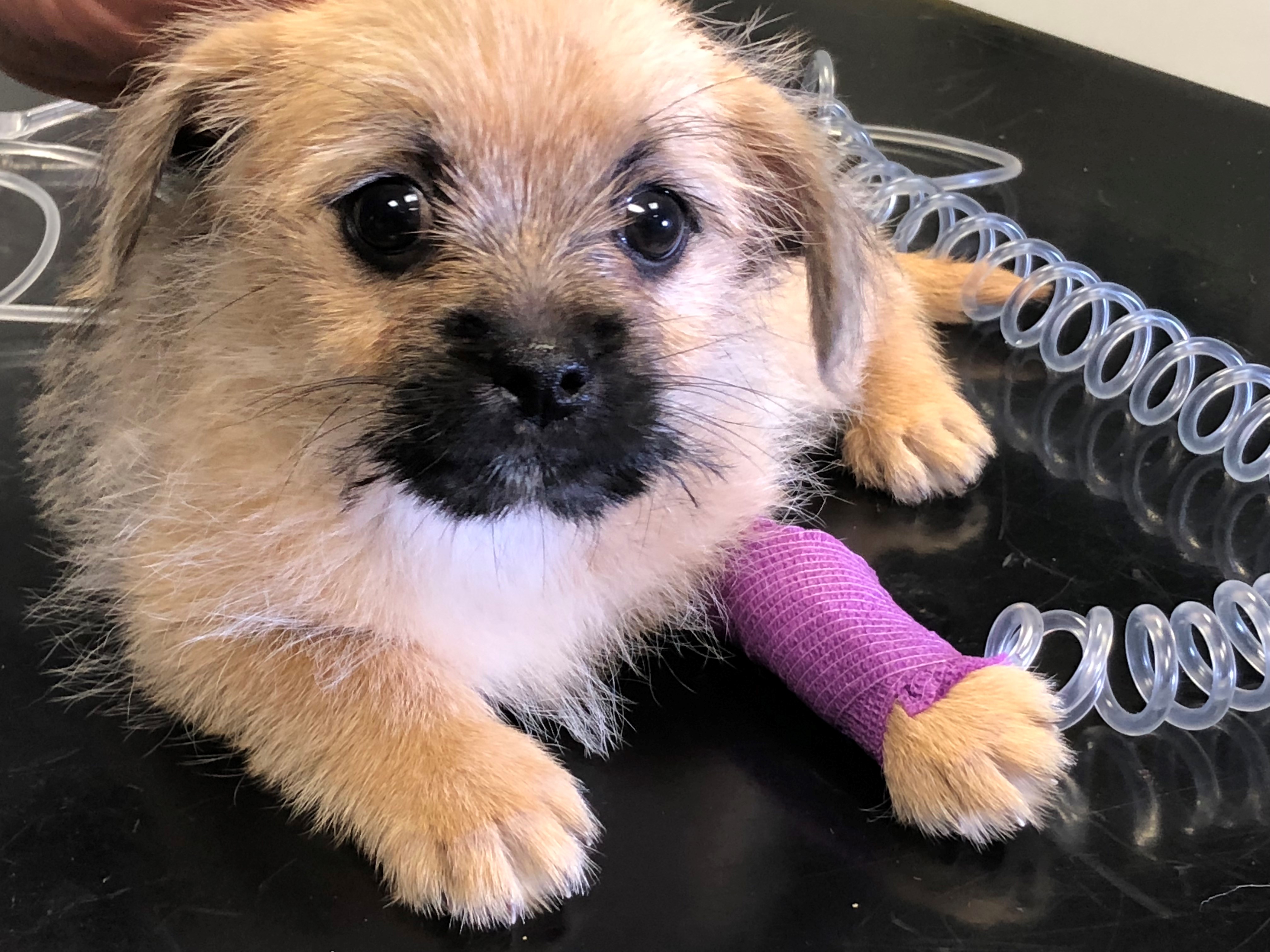 The Irish Pet Advertising Advisory Group (IPAAG) was formed in 2015 by a number of leading animal welfare organisations such as the ISPCA, The Irish Blue Cross, Dogs Trust, The Donkey Sanctuary, MADRA, Veterinary Ireland, the Irish Horse Welfare Trust, Done Deal and The Department of Agriculture, Food and the Marine, to combat the growing concern about the irresponsible advertising of pets online.

Ensure that the advertising of animals for sale is done so legally.

Engage with websites to ensure they have up-to-date knowledge on animal welfare issues in relation to advertising pets for sale.

Highlight illegal adverts so that websites can remove them promptly.

Encourage those websites which advertise pets for sale to self-regulate and comply with agreed IPAAG Minimum Standards.
Raise public awareness of the need to act responsibly when browsing online pet adverts.
Promote full traceability of sellers advertising animals for sale.

IPAAG created a set of Minimum Standards for websites to follow. Those websites we have engaged with that abide by these standards will have the IPAAG logo visible on their pages advertising pets.

These standards will help address issues with advertising animals online, which include:

Why doesn’t IPAAG call for a ban on the advertising of animals for sale online?

We cannot ignore the fact that consumers can buy nearly anything in just a few clicks, including pets.

Members of IPAAG agree that an outright ban would not end the sale of animals online.

Instead of calling for a ban, IPAAG works with classified websites in Ireland to help make their advert pages safer for pets and prospective owners.

We do this by improving their pet advertising standards. IPAAG also works to educate people about how to buy responsibly online, and discourage impulse-buying.

IPAAG works continuously with major classified advertising websites to ensure there is ongoing regulation and monitoring of pet ads listed on their pages. We are working to ensure the welfare of animals advertised online is protected, and that any illegal activity is identified and investigated.