Rosie's adopter tells the story of how she first met this little lurcher, became a "failed fosterer" and gave Rosie a "second puppyhood."

“I first met Rosie four years ago at the ISPCA National Animal Centre in Longford.

It was a few days after she had been rescued from horrible conditions on a puppy farm in Myshall, Carlow. When I first saw her, Rosie was lying comfortably on what was possibly the first bed she ever had.

Rosie was emaciated. She smelled awful, and she had painful sores on her feet. I had heard her story, like many of the other dogs rescued over those nine days, that Rosie had been so thin, and was laying so still, that at first rescuers thought she was dead.

From her bed at the ISPCA, Rosie looked at me with interest. She was too weak to get up for anything beyond what was vital to her—food, water and toileting. But she demanded attention by waving a paw in the air, and doing her now signature “talk”.

In that moment I knew I would be taking her home with me. At first, I was just bringing Rosie home to foster until she was well enough to rehome. I knew pretty quickly, though, that I could never part with this special dog.

Rosie couldn’t walk very far; she had no strength after she had been starved for so long. With no muscle to support her, and with her feet so sore, I had no choice but to carry her in my arms to the car. She seemed to weigh nothing.

At home we washed away the puppy farm residue from her coat, all the while finding even more wounds from her ordeal. We bandaged her feet so they would heal. Rosie was remarkably patient throughout, quickly realising that she was in a safe space.

It wasn’t long before she came into her “second puppyhood,” and began to play and sprint as  best she could, the way lurchers ought to. 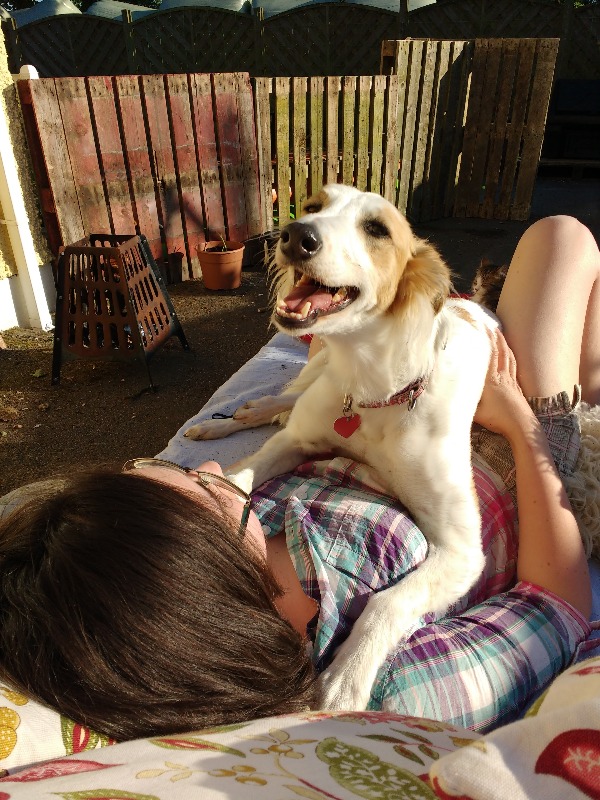 For a long time Rosie struggled to walk on hard surfaces, and to this day she will always opt for soft ground if she can. She hates for her feet to be handled, and cutting her nails is an ordeal for all concerned. Apart from this, she recovered physically quite quickly, and I hope that four years on her past seems distant, almost forgotten.

I am extremely proud to be Rosie’s adopter, and am lucky to share my life with such a character! Her favourite hobbies are relaxing, sprinting, and cuddling her mam and dad.

She is a friendly, sensitive, well-behaved dog and is an absolute testament to her breed. She lives happily with her “brother” Luther, another lurcher, and “sister” Flossy, a poodle cross. We also have three cats and the only time she has a cross word for any of them is if they try to share her bed when she is looking for some alone time.

The past four years have flown and, cliché as it is, I couldn’t imagine life without her and wouldn’t give Rosie up for anything in the world. She is the matriarch of our little doggy family, and her siblings adore her as much as I do. I hope we have many more years together, and the good ones begin to outnumber the bad ones she had.” 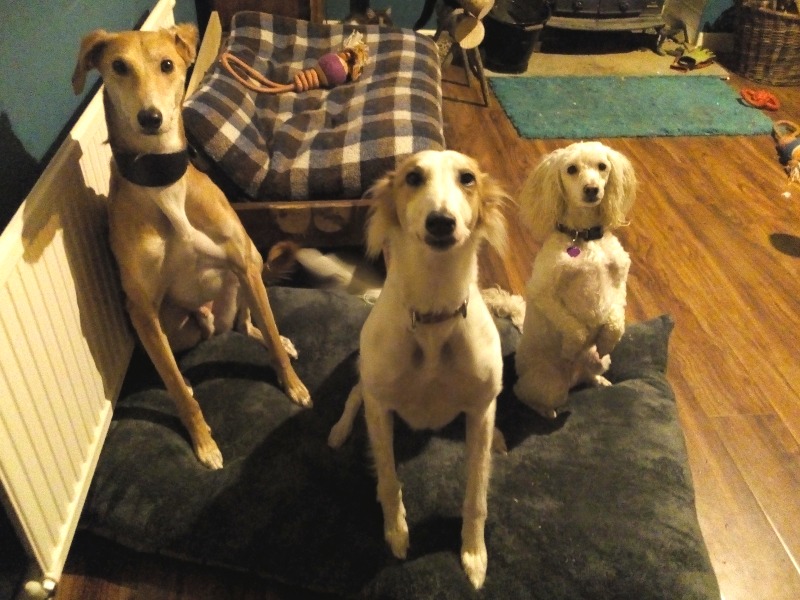 Viewed 1167 times.
Back to Stories