Reggie and Mildred are bringing fun, games and lots of cuddles to their adopter’s lives

Reggie and Mildred were adopted from the ISPCA a few months apart, and together they are bringing an ample mix of fun, mischief and joy to their new home.

According to adopters Amber and Val, these lively Lurchers are inseparable, and one always has to do what their counterpart is doing. They often scramble over one another and sit on each other’s heads for a cuddle, or for the prime spot on the couch.

Mildred, a swift learner, has already mastered opening the bins and taught Reggie how to open the fridge. 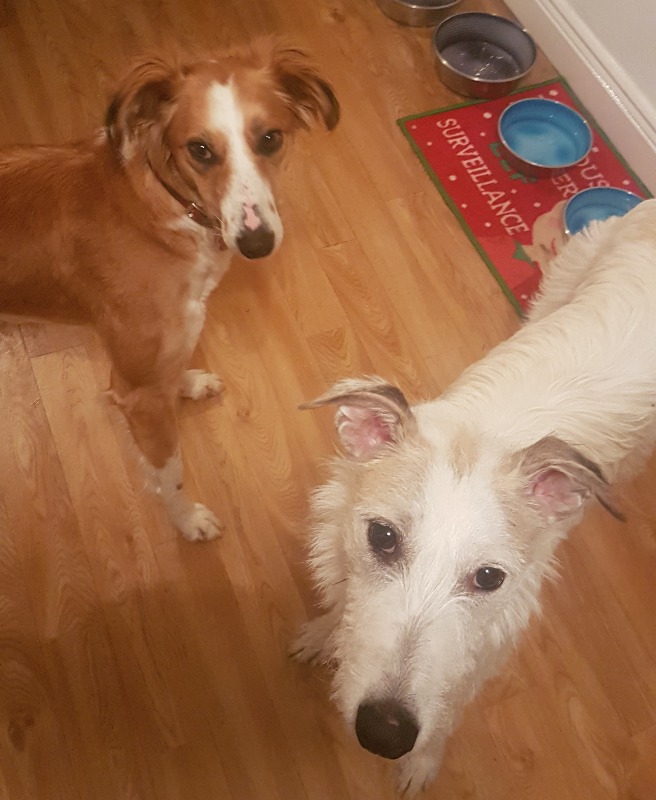 “We’ve lost a bit of food to these two scavengers,” said Amber. “We have to now put a child lock on the fridge door to stop them from opening it!”

Amber and Val sometimes find themselves with nowhere to sit, while their dogs argue over spots on the couch and bed. 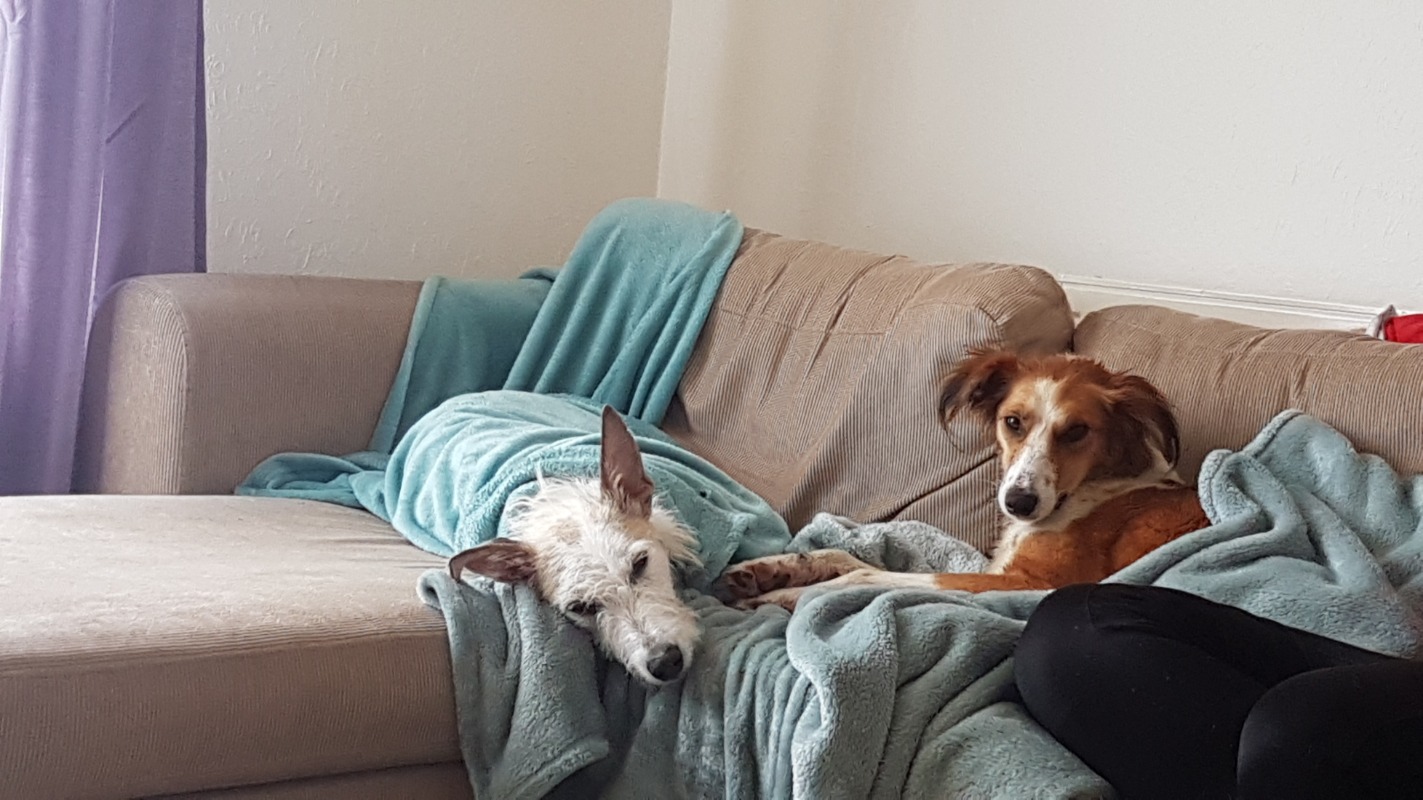 “Mildred has become the princess of the house, and poor Reggie gets put in his place,” Amber said. “She stole his spot on the couch and bed, and if he dares squeeze in beside or push her, he’ll get a good shouting at.”

“We have to stick up for him sometimes,” Amber added.

When Reggie was first adopted it took him some time to settle, and get used to noises such as traffic or neighbourhood children outside the house. He slowly built up his energy and strength with long walks in the dog park nearby, and eventually built up the confidence to explore and even trot beside Val while he cycles through the park. 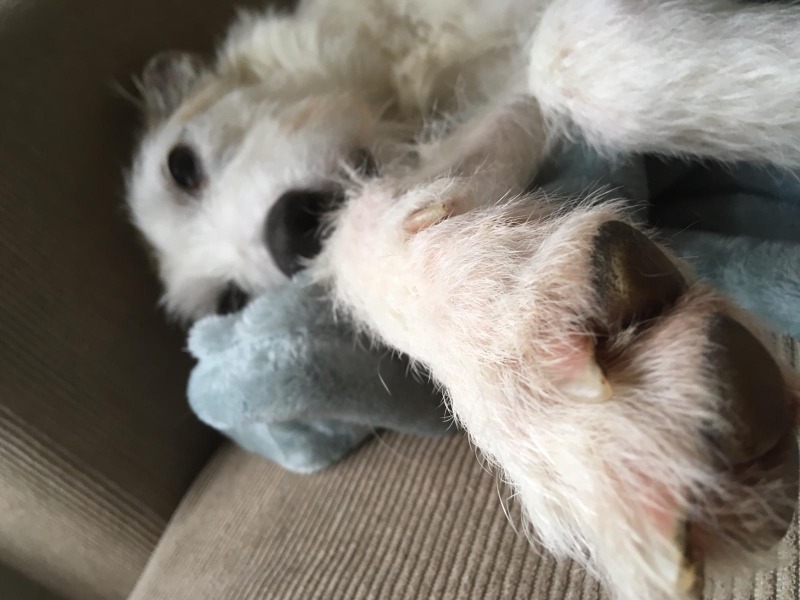 Now Reggie is helping Mildred along as she settles, and also builds up her energy and muscle. Amber and Val bring the pair for two big walks every day to tire them out. Mildred is steadily growing into a confident and independent dog who enjoys her freedom to explore. 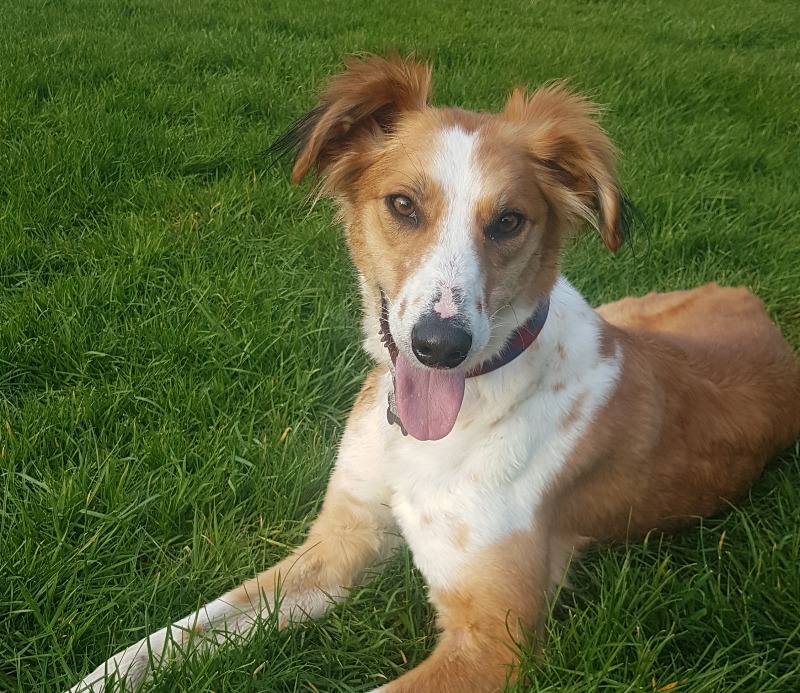 “She likes to do her own thing, and we let her have the freedom she needs to be stimulated, while also being responsible owners,” said Amber.

Mildred and Reggie are happy to have one another, and love to play and cuddle together.

“Mildred is speedy and agile, but Reggie is catching her up,” Amber said. “They are both incredibly fast and nip each other’s bums.”

“They both snore, Mildred burps all the time and Reggie is a champion farter. They make a great pair,” she added.

Every chance they get, Amber and Val like to give their two Lurchers new experiences, with trips to the beach or holidays around the country. People often stop to talk to them about their dogs, and Amber says they are spreading awareness about Lurchers, and their sweet, gentle nature.

“They’ve really blossomed into beautiful, happy dogs. It’s amazing what a bit of love can do,” said Amber. 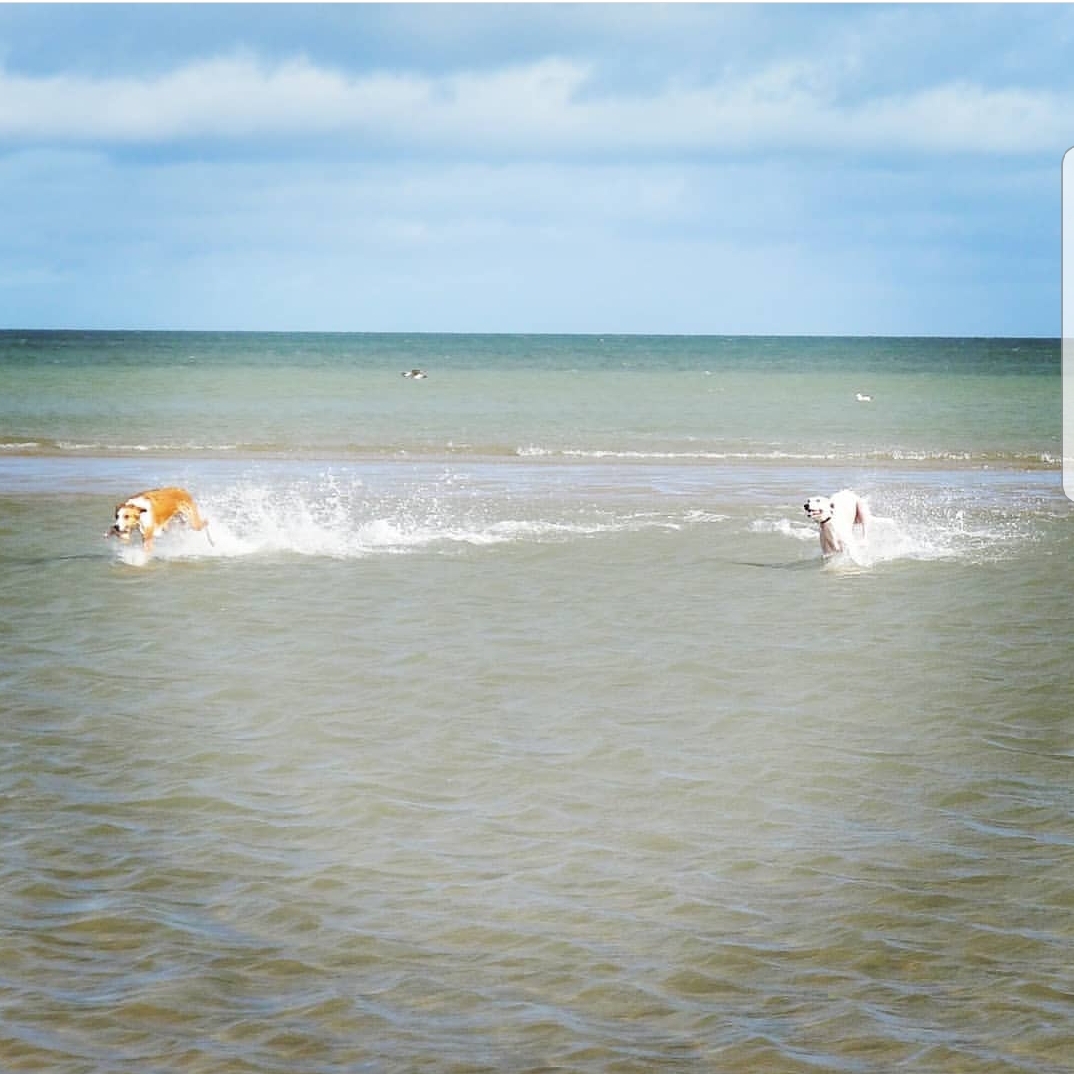 “Thank you to the ISPCA for letting us adopt these two. The happiness and joy they bring us every day is indescribable. Together Mildred and Reggie have stolen our hearts and enriched our lives,” she added.

Thank you for the wonderful update! It is amazing to see these to Lurchers getting on so well in their new lives.

Viewed 1519 times.
Back to Stories