Back in 2018, a sprollie called Dan was adopted by his new family. Judith sent in this lovely update: 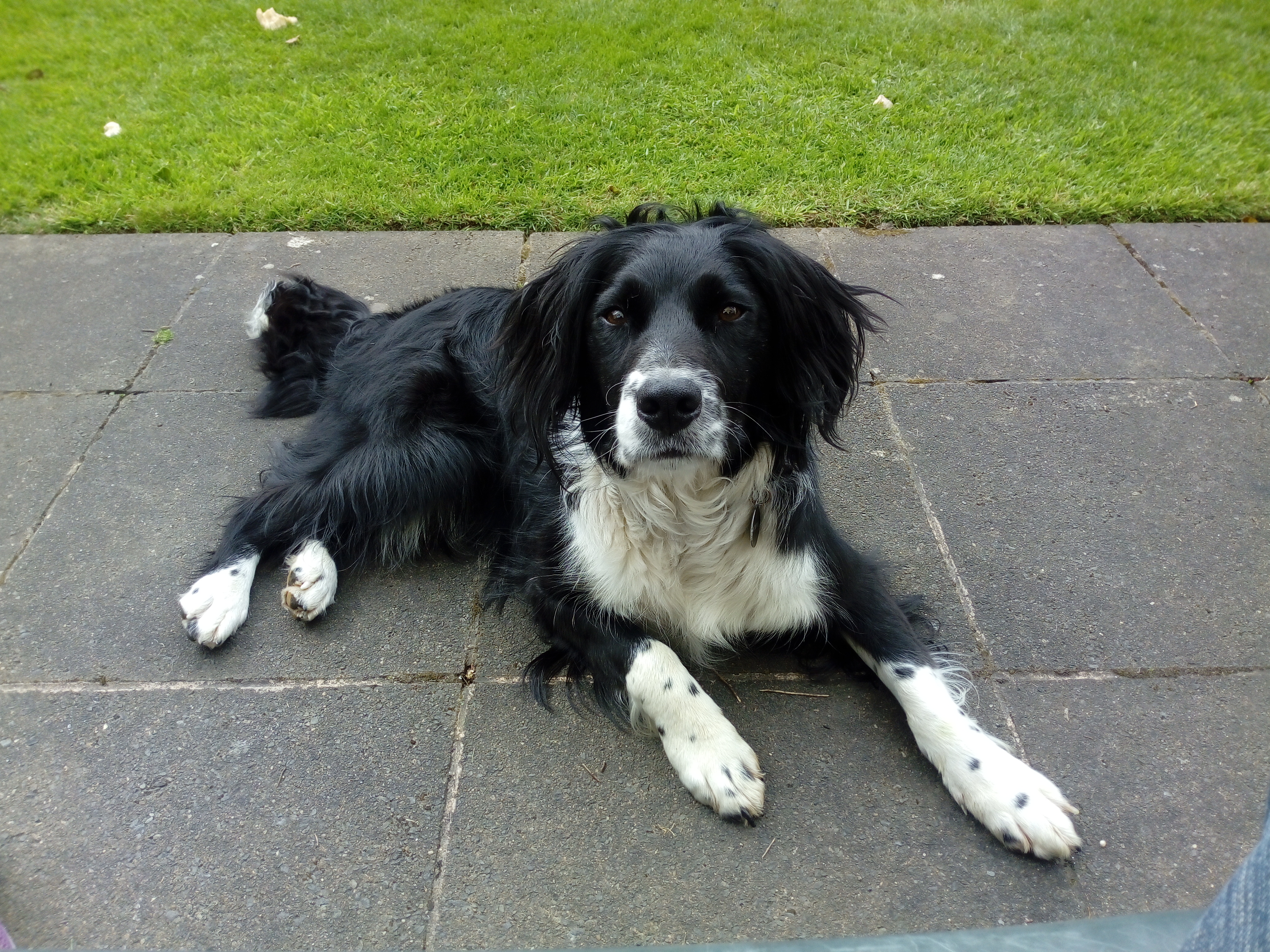 "From a loveable, underweight, timid mutt, he is now a loveable, slightly mad mutt! He loves nothing better than to chase balls, preferably in and out of the water, and at this time of year to chase squirrels - but as yet he has still not learned he cannot climb the trees after them. Birds are also an object for chasing and one day he ended up in the middle of an estuary, a small black head vanishing out to sea after a seagull...oblivious to our shouts and whistles. Eventually, he came back, but must say it was not good for the nerves!" 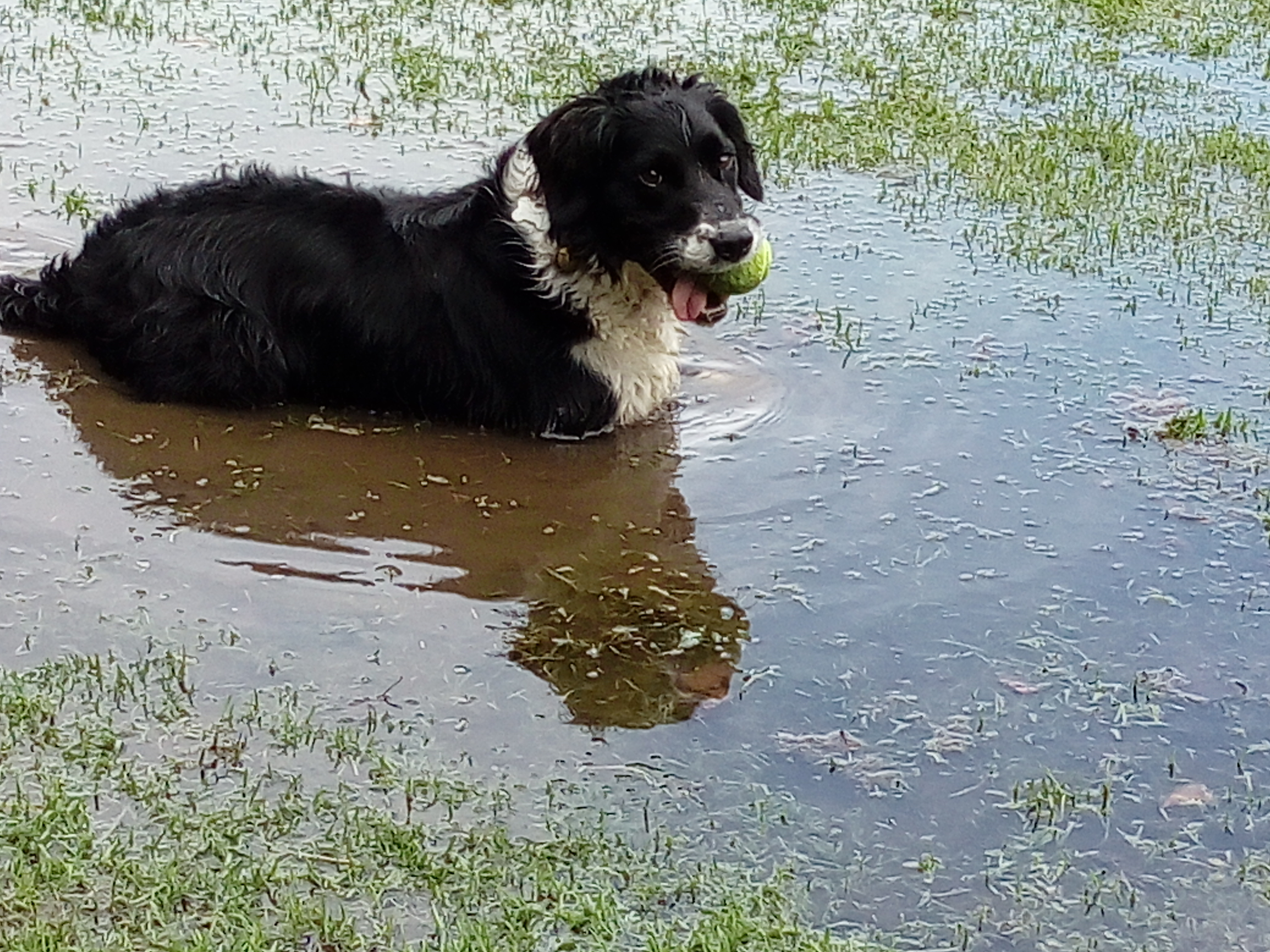 "He's definitely a Jekyll and Hyde dog - quiet as a mouse indoors, sleeping on his back with all four paws in the air, and then mad as a hatter, non-stop running when outdoors. We love him to bits." 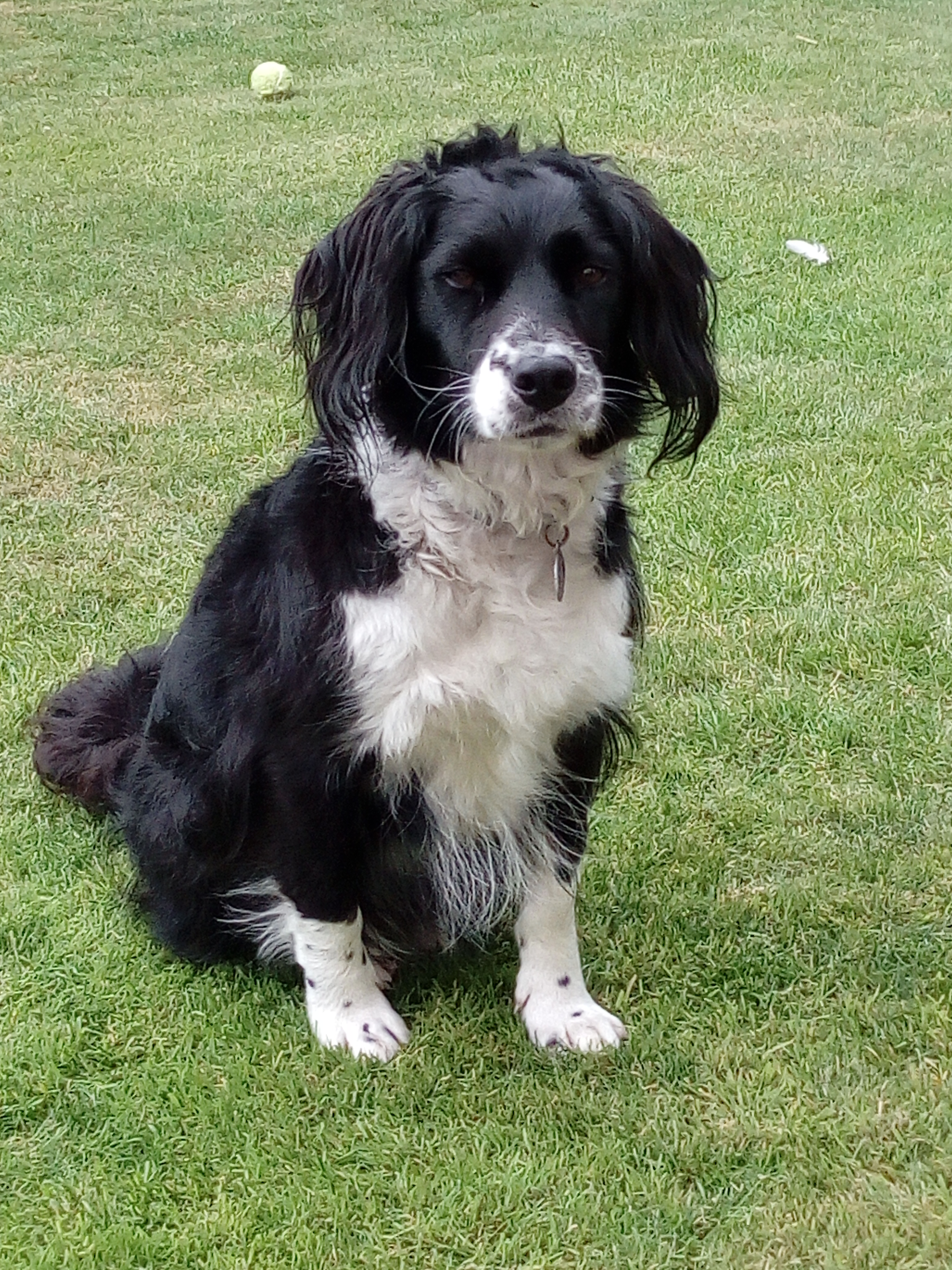 Viewed 0 times.
Back to Stories