To celebrate World Animal week, the ISPCA are launching a social media campaign - ‘Love Your Pets’


To celebrate World Animal Week, which takes place from 4th – 10th October this year, the ISPCA are launching a campaign to encourage people across the nation to take action and help raise standards for animal welfare in Ireland and worldwide. ISPCA Ambassador, Rosanna Davison, and Dublin GAA stars, Cian O’Sullivan, Paddy Andrews and Denis Bastick showed their support in St Stephens Green today, calling out for all animal lovers to get behind this worthy cause by making a donation, fundraising, volunteering their time, or simply giving their pets some extra attention. 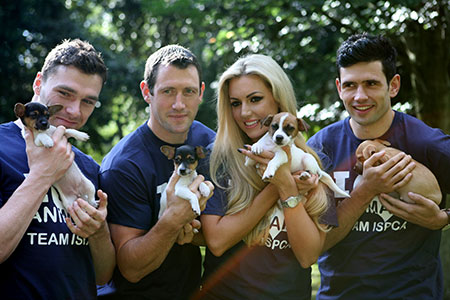 Animals are an important part of Irish society and it is right to have a time to focus on their value to us. The first week of October is known as World Animal Week, in celebration of the feast day of St Francis of Assisi, the patron saint of animals, who was born on 4th October over 800 years ago. Every day around the world millions of animals are suffering. World Animal Week is a time when people everywhere are asked to remember the animals around them and lend their support.


In a bid to raise awareness about World Animal Week, the ISPCA are asking all their supporters and everyone that loves their pets to post a picture of themselves with their pets to social media and nominate any of their fellow animal lovers to do the same using the hashtag #WorldAnimalWeek and tag #ISPCA1 or share on Facebook.

ISPCA Public Relations Officer, Carmel Murray, said: “Animals are an extremely important part of our society today but sadly not all animals are loved and cared for, and many have no homes to call their own. World Animal Week is a perfect opportunity to remind people how important it is to support those animals that need our help. The ISPCA is asking all pet owners to be responsible and have their pets neutered and microchipped, doing their part in reducing the number of unwanted and abandoned animals in Ireland.”


As a charitable organisation, the ISPCA relies on public support through donations to carry out the vital work it does in rescuing animals that have been abandoned, abused or neglected.


Show your support this World Animal Week by making a once-off donation of €4 or a regular gift of €4 per month.  Visit www.ispca.ie to make a secure donation online.  A small regular donation makes a huge difference.

If you missed ISPCA Inspector Karen Lyons on RTE’s Elev8 talking about World Animal Week and highlighting the importance of responsible pet ownership, you can watch it here: http://www.rte.ie/player/ie/live/10/ 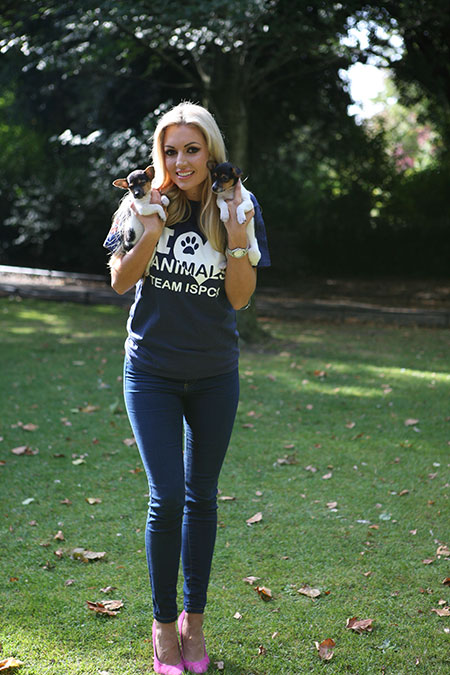 
World Animal Day was started in 1931 at a convention of ecologists in Florence as a way of highlighting the plight of endangered species. October 4th was chosen as World Animal Day as it is the Feast Day of St Francis of Assisi, the patron saint of animals. www.worldanimalday.org.uk


Since then, World Animal Day has become a day for remembering and paying tribute to all animals and the people who love and respect them. It's celebrated in different ways in every country, with no regard to nationality, religion, faith or political ideology.


The aim of World Animal Day is to improve animal welfare standards worldwide through the support and involvement of individuals, groups and organisations that care about animals.  Building the celebration of World Animal Day is a wonderful way to unite the animal welfare movement around the world, embracing all animals and the unique concerns of each in every country.  We encourage everybody to use this special day to commemorate their love and respect for animals by doing something special to highlight their importance in the world.  It’s something that everyone can join in with whether they are part of an organisation, group, or an individual.  It’s celebrated in different ways in every country, with no regard to nationality, religion, faith or political ideology.


If you care about animals, don’t miss this special opportunity to help make animal welfare issues front page news around the globe – a vital catalyst for change!  Through increased awareness and education we can help create a new culture of respect and sensitivity, to make this world a fairer place for all living creatures.

Viewed 12429 times.
Back to Fundraising News