The Animal Health and Welfare Act: one year on 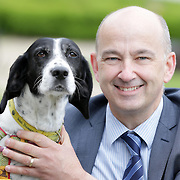 On the 6th March 2014, the Animal Health and Welfare Act came into force. This was a significant step forward for animal welfare in Ireland and for the first time put a legal responsibility on the owner of any protected animal (including companion animals) to provide for the animals’ needs. One year on, what impact has the new legislation had and are animal owners aware of their legal responsibilities? What does the AHWA mean to you as a pet owner? 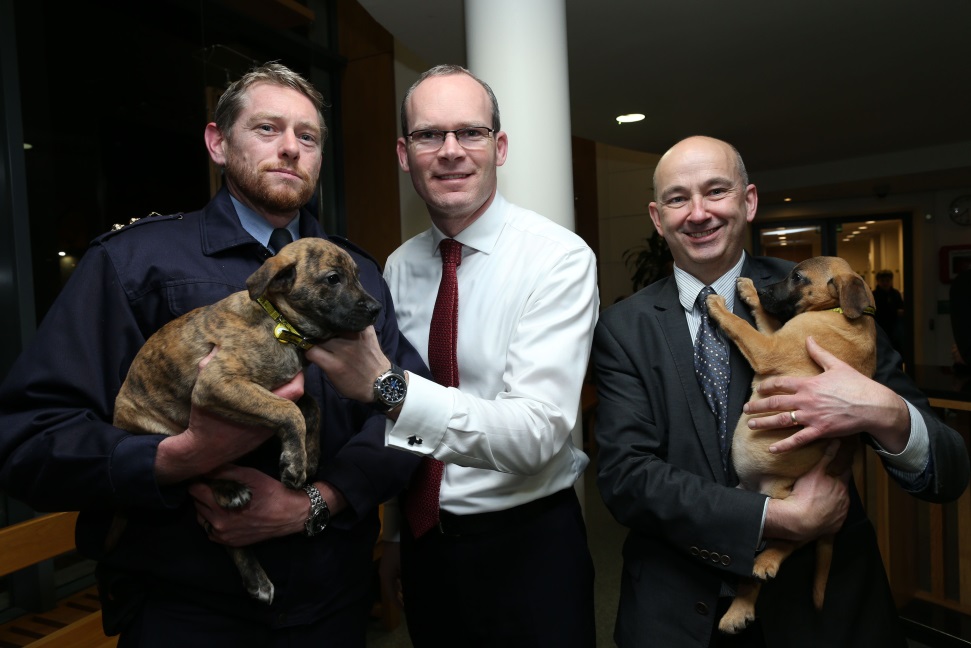 Dr Andrew Kelly, ISPCA  CEO (right) with ISPCA Chief Inspector Conor Dowling (left) and Simon Coveney, Minister for Agriculture, Food and the Marine at the launch of the AHWA in March 2014.

Below, I give an overview of the AHWA including details of what a ‘protected animal’ is, the responsibilities that all animal owners now have under the law and the penalties that can be imposed if animal owners fail to comply with the law.

What is a protected animal?

Essentially this means that all animals are protected unless they are living in a wild state, but even wild animals are ‘protected’ if they come under the control of a human being.

All pet or companion animals are protected under the Act, including dogs, cats, small furries such as guinea pigs and exotic pets such as raccoons and reptiles including snakes and lizards.

What are your responsibilities under the Animal Health and Welfare Act 2013?

Unfortunately, this does not extend to legal hare coursing or fox hunting (unless an animal is released in an injured, mutilated or exhausted state).

All animal owners have a legal responsibility to provide appropriate food and drink for their animals. In fact the Act goes a bit further than just having to provide food and water. The AHWA says that all animal owners must (in accordance with established experience and scientific knowledge):

In addition the legislation also says that an animal owner shall not:

If you abandon an animal you are not relived of responsibility for it. Abandoning an animal is an offence under the AHWA. If the person who abandons the animal is not the owner, the owner will also have committed an offence. You also have a responsibility to ensure that you do not leave an animal unattended without making adequate provisions for its welfare. That does not meant that you cannot leave a dog unattended for a few hours, but you can’t leave it unattended for long periods without ample provision for its welfare.

It is illegal for anybody to dock a puppy’s tail for cosmetic purposes. It is legal for a veterinary surgeon to dock the tail of certain working breeds only. However, the Veterinary Council of Ireland and Veterinary Ireland who are responsible for professional standards for the veterinary industry have made it clear to vets in Ireland that it would be considered unethical for vets to dock puppies’ tails. That effectively means that no puppy born after 6th March 2014 should have its tail docked.

Tail docking is an unnecessary and painful mutilation, often carried out with no anaesthetic when the puppy is a few days old. Dogs need their tails for communication and socialisation purposes and it is simply not acceptable for this practice to occur.

If you are offered a puppy for sale with a docked tail please report it to the ISPCA.

Five puppies seized by an ISPCA Inspector in County Roscommon just a few days after the Animal Health and Welfare Act came into force in March 2014 (left). The tail is often docked without anaesthetic and regularly becomes infected (right).

However, dog and cock fighting and also badger baiting are still occurring in Ireland. If you have any information about animal fighting you should report your suspicions to the Gardai or the ISPCA.

What are the penalties if you fail to comply with the AHWA?

For most offences you could be fined up to €5000 and / or imprisoned for up to six months. For more serious offences penalties of up to €250,000 fine and up to five years imprisonment may apply. Offenders may also be banned from keeping animals for any period up to and including life. Court costs and costs associated with veterinary treatment may also be awarded against anybody convicted of offences under the AHWA.

If you have an animal, whether it is a dog, cat, horse, exotic pet or any other protected animal, YOU are responsible for providing it with its needs. If you fail to do so you may be prosecuted under the AHWA.

Be a responsible owner. If you are going to get a dog consider adopting one from the ISPCA or other reputable rehoming organisation. If you are going to get a puppy make sure you get it from a responsible breeder and ask to see it with its mother. Take it to the vet immediately for a  check up to ensure it is healthy. Never buy a sick puppy because you feel sorry for it – this encourages puppy farmers to breed more unwanted puppies.

If you have a dog, make sure you have a dog license, that you microchip, vaccinate and neuter your pet. Don’t be tempted to allow your dog to breed to make a few Euros – you will be contributing to the over-population problem in Ireland.  Also, get your pet insured. Vet bills can be costly if you have not budgeted for them and your pet will need veterinary treatment at some point.

The ISPCA currently has six Inspectors covering 14 counties. In 2014, they investigated over 4000 allegations of cruelty.  In May 2014, the ISPCA entered into a service agreement with the Minister for Agriculture, Food and the Marine which allows ISPCA Inspectors to be authorised officers under the AHWA. Others authorised under the AHWA include DAFM officials, An Garda Siochana and Customs and Excise.  Authorisation gives ISPCA Inspectors certain statutory powers including the power of entry on to land where they suspect an animal may be present, powers to seize animals that are suffering and the power to issue enforceable welfare improvement notices. ISPCA Inspectors now have the power of entry onto any land where they suspect a protected animal may be kept. There are exceptions to this. For example they are not authorised to enter a farm which keeps cows, sheep or goats for food production purposes or to inspect horses on such a farm. They can however enter a farm in relation to companion animals such as dogs.

In 2014, our six Inspectors investigated over 4,000 allegations of animal cruelty resulting in 25 prosecutions being initiated and over 700 animals being seized or surrendered. Over the next few years the ISPCA will be expanding its Inspectorate and will be able to investigate and bring more animal abusers to justice, but above all we will be able to PREVENT cruelty by being able to deal with issues before suffering occurs. Perhaps one day we can eliminate cruelty to animals in Ireland.